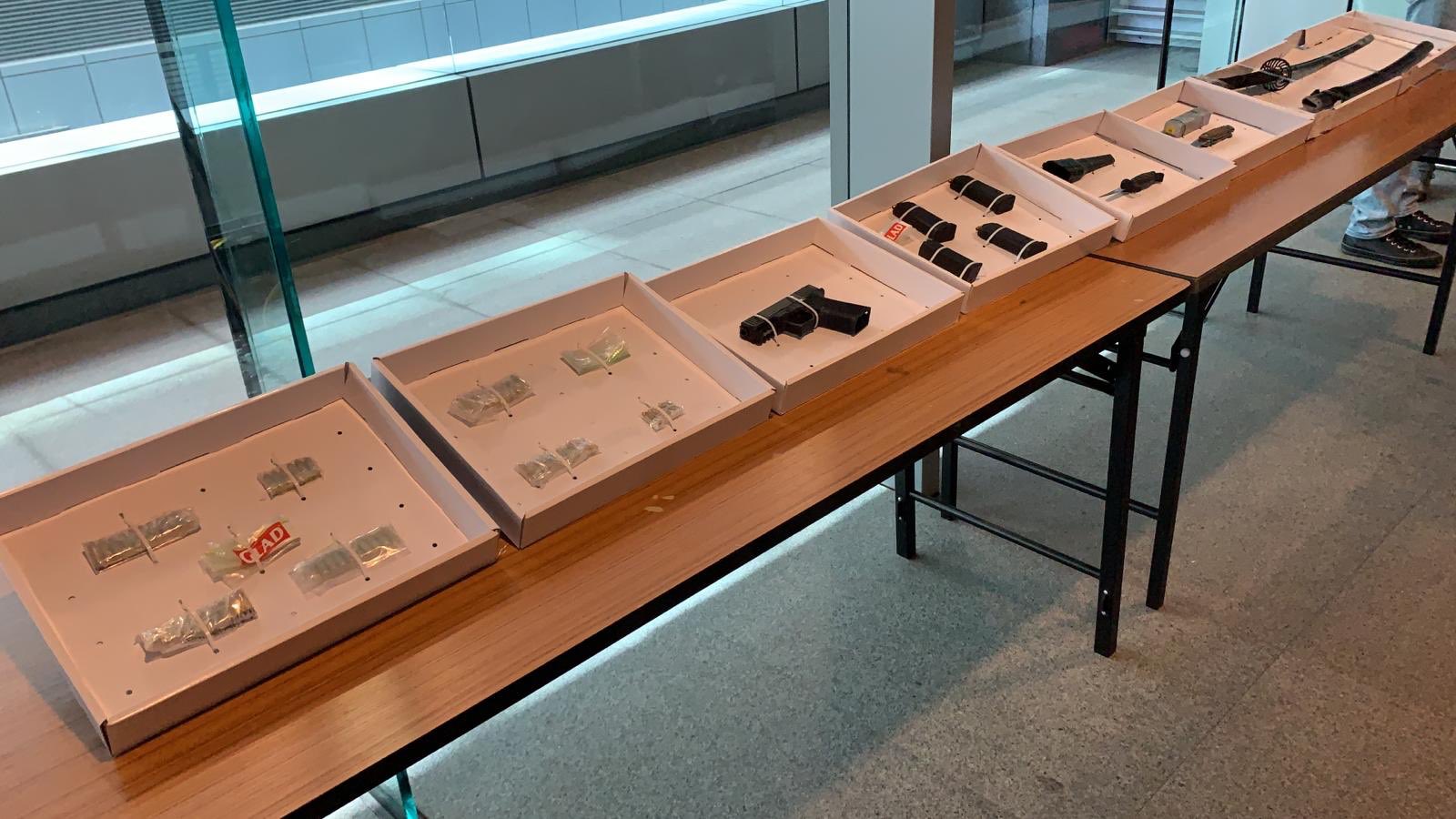 Western media outlets started to realize that the radical protesters were violent after reporting police confiscated a cache of weapons, which are "intended to create chaos" in Sunday's rally. 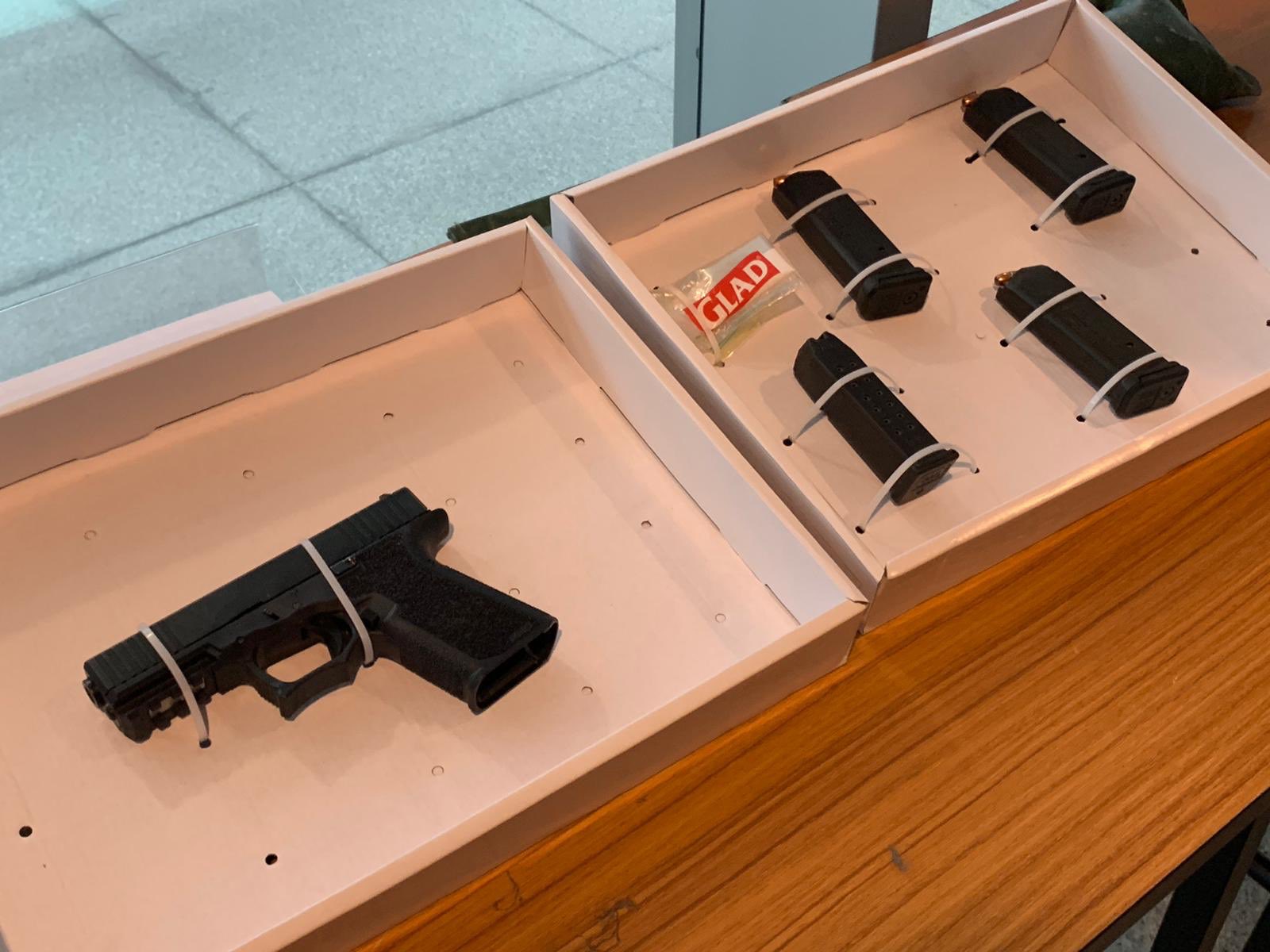 HK police seized a Glock 9mm semi-automatic pistol, 105 bullets, army knives, firecrackers and other prohibited weapons on Sunday morning after searching 11 locations and arresting 11 suspects of a radical group, who "apparently planned to use the weapons during the protest to frame police", the Associated Press reported.

It is the first seizure of a handgun during the ongoing protests, which police said radicals intended to use to frame them, according to Canadian Broadcasting Corporation while citing Hong Kong senior superintendent Lee Kwai-Wa. “Most alarmingly, these deadly weapons, if deployed at a public order event, could be used for fatal attacks against the police but anyone in the protest”, Lee said. 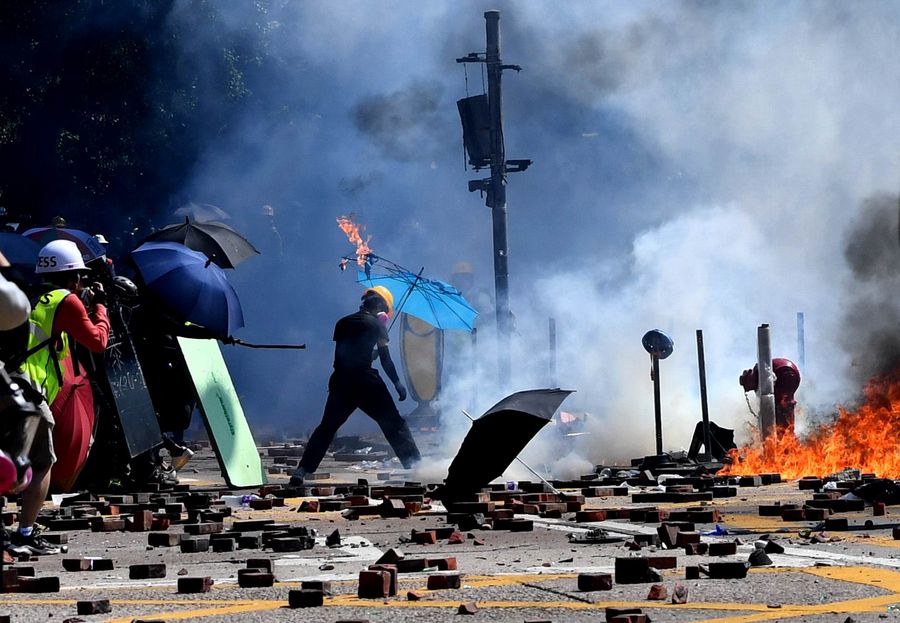 Reuters reported that the High Court and the Court of Final Appeal in Hong Kong were also vandalized and attacked with petrol bombs during the march, and the exterior walls of the High Court were also spray-painted, which shows rioters are “blatantly damaging the independence of the judiciary and disrespecting the rule of law, one core value that every Hong Kong person takes pride in.” 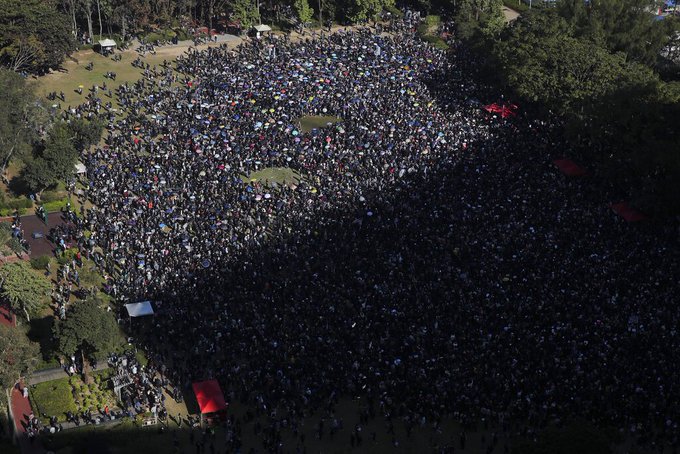 "The violence in six months of demonstrations has escalated as protesters have torched vehicles and buildings, hurled Molotov cocktails at police, dropped debris from bridges and vandalized shopping malls”, Financial Times reported. A total of 493 Hong Kong officers have been injured during the past six months.

According to Lee, the raids were carried out based on a tip-off leading to the same protesters who had hurled Molotov cocktails at a police station earlier in October. These bombs have become a weapon of choice during recent street battles.

In late November, forensic teams discovered thousands of Molotov cocktails, gas canisters and bottles full of chemicals at the Polytechnic University. The campus was turned into a hideout by masked rioters that targeted riot police outside the university premises.