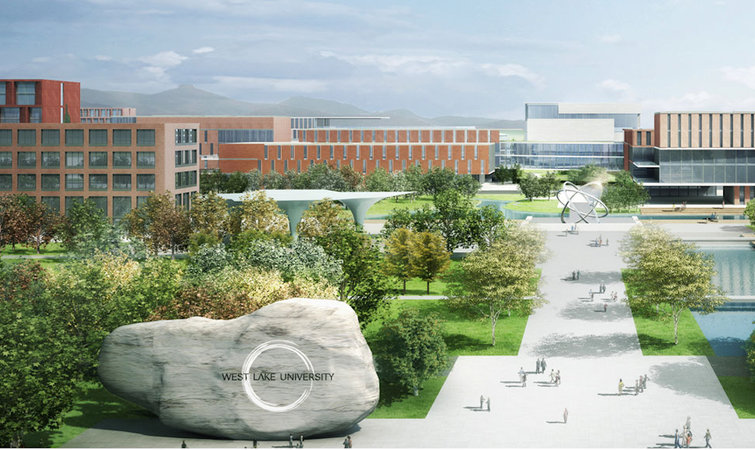 Developed from Westlake Institute for Advanced Study, the university is China's first modern private research-oriented university with aspirations to become one of the world's top research institutes.

In April, Shi Yigong, a structural biologist and academician of the Chinese Academy of Sciences, also the former vice president of Tsinghua University, was appointed the first president of Westlake University.

Nobel-winning Physicist Chen Ning Yang was named the honorary chairman of the board as well.

As non-governmental higher education is flourishing in China, many scholars focus on vocational and technical education, but few contribute to cutting-edge sciences and research.

In 2015, Shi Yigong and other six scholars began to help found the university, which highlighted basic research in natural and medical sciences, and technology.

Drawing upon the fundraising campaigns of world-class universities, Westlake University was funded by donations from entrepreneurs, investors, overseas Chinese, office workers and even children in west China's mountainous areas.

"Westlake University was born out of dreams. Support from all walks of life are the university's lifeblood," said Shi.

Currently, 68 independent laboratory directors and doctoral supervisors have been recruited via global talent recruitment. A total of 139 doctoral students have been enrolled. And the university plans to start enrolling undergraduates by 2023.

Located in Sandun Town, the West Lake District, a well-known scenic area, its main campus plans to cover about 100 hectares and is currently under construction.

"We are looking forward to making significant contributions to the world's civilization and human progress as a new research-oriented university in the coming decades," Shi added.