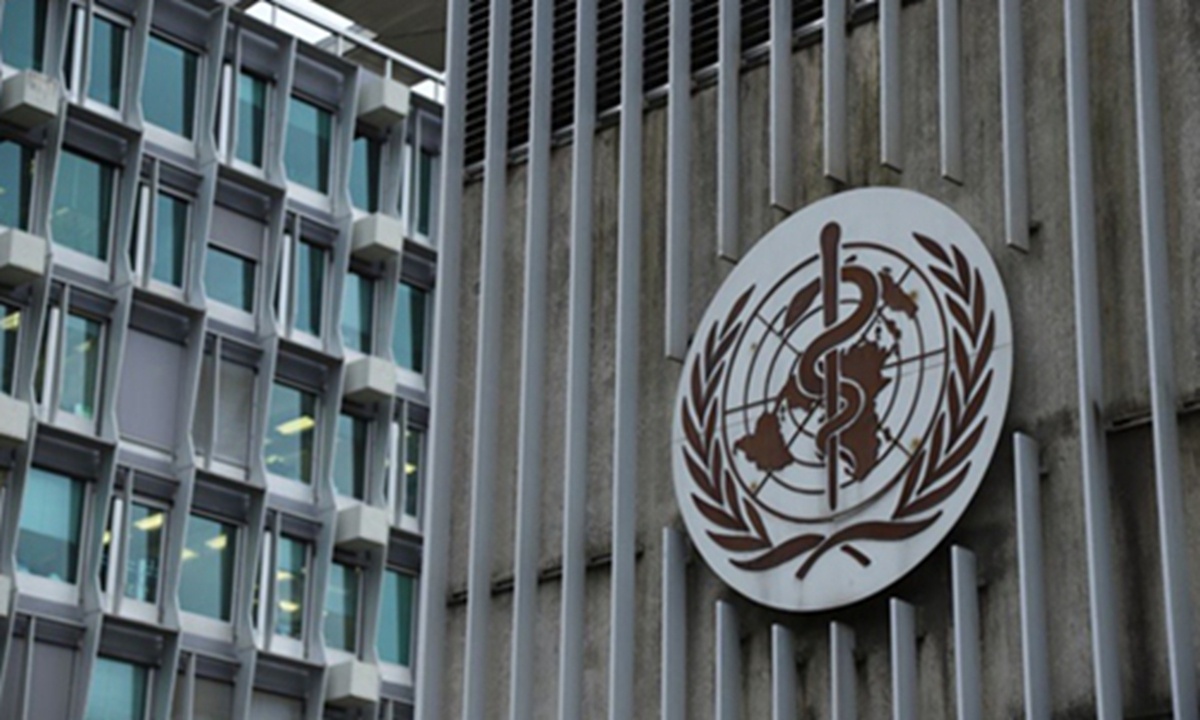 The island of Taiwan has been ruled out of the World Health Assembly (WHA) for five consecutive years, as the 74th assembly opened on Monday. Experts and the Chinese Foreign Ministry said Taiwan "seeking secessionism through the epidemic" won't succeed, dismissing the opposition and displeasure from the ruling party on the island.

Despite the COVID-hit island slammed mainland "suppression," experts said the exclusion is a self-inflicted result of the pro-secessionist Democratic Progressive Party (DPP)'s political manipulation. Taiwan recorded 339 new COVID-19 cases on Monday, marking over 100 cases a day for ten consecutive days. In a joint press release from Taiwan's health and external affairs' authorities on Monday, Chen Shih-chung, the head of Taiwan's health authorities, said that Taiwan not being invited to participate in the WHA "is a loss not only for Taiwan, but also the world."

Also on Monday, the island, which recently rejected the vaccine from the Chinese mainland, protested through its external affairs authority against a WHO report from The Independent Panel for Pandemic Preparedness and Response in which the island was identified as "Taiwan, China."

After the WHA rejected the so-called Taiwan's participation, a spokesperson with the Chinese Foreign Ministry said on Monday night that rejecting the Taiwan-related proposal in the WHA has proved that the one-China principle is widely accepted by the international community and represents an irresistible trend, which allows no challenge.

Any attempt of the DPP authorities to seek "secessionism" by exploiting the epidemic is doomed to fail, the spokesperson said.

Zhao Lijian, a spokesperson of the Chinese Foreign Ministry, said on Monday that the island of Taiwan's participation in activities of international organizations, including the WHO, must be handled in accordance with the one-China principle. The UN General Assembly, in its resolution 2758, and the WHA in its resolution 25.1, clearly affirm this fundamental principle.

Zhao said that as of Sunday, more than 150 countries through diplomatic channels and more than 80 WHO members have expressed their support for the one-China principle and opposed Taiwan's participation in the WHA.

The real purpose of DPP hyping WHA participation is seeking secessionism through the epidemic, Zhao said. "We advise the DPP authorities to stop using the epidemic as a pretext for political manipulation and stop bringing shame on themselves."

Chen Xu, head of the Chinese Mission to the UN in Geneva, said the proposal is illegal and invalid. Taiwan's participation in the WHA must be handled through cross-Straits consultations in accordance with the one-China principle.

"DPP authorities stubbornly adhere to the position of Taiwan secessionism and refuse to recognize that both sides of the Taiwan Straits belong to one China. The political basis for Taiwan's participation in the WHA no longer exists," Chen said.

WHO spokesperson Tarik Jasarevic told the Global Times on Monday through an email that Taiwan's WHA participation is a question for the 194 member states of WHO to consider and decide upon. At a technical and scientific level, the WHO Secretariat works extensively with Taiwan health experts and officials on the pandemic and many other public health issues.

Chang Ya-chung, a Taipei-based political scientist and member of the Kuomintang, told the Global Times on Monday that Taiwan's participation is a political issue instead of healthcare issue, as the WHA framework operates under the WHO, an intergovernmental organization of the UN.

Since coming to power in 2016, Tsai Ing-wen, the regional leader, has treated the mainland as an enemy and refused to recognize the "1992 Consensus," which embodies the one-China principle. The island has been excluded from the assembly since 2017. Since then, hyping WHA has become an annual play for the DPP, who clearly knows they couldn't make the entry.

"On the island, the 'WHA card' can be used as a tool to enhance secessionism by portraying the mainland as a bully… it also serves the political correctness of Western allies to go against the mainland with ideology and values," Chang said.

The issue of Taiwan's WHA participation can be viewed as part of US deployment in the Asia-Pacific region, especially amid Biden's recent meeting with Japanese Prime Minister Yoshihide Suga and South Korea President Moon Jae-in which involves Taiwan questions, expert said.

"Most politicians are pro-US, believing that the relationship with the US is more vital than the cross-Straits relationship, and fully comply with US actions," Chang said, noting that whether Taiwan can re-uphold the "1992 Consensus" is crucial to the island's future.