CHINA What are China and US doing at South China Sea?

What are China and US doing at South China Sea? 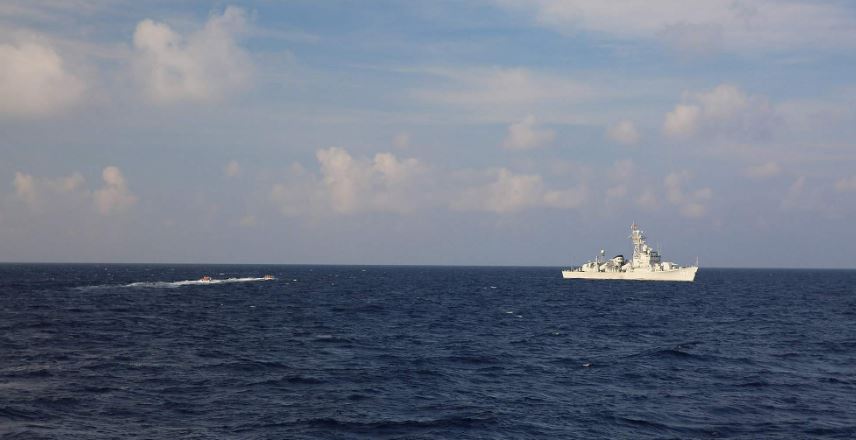 Despite Beijing's cordial relations with ASEAN, the US is making a concerted effort to interfere. Here are the details on the US aggression contrasted with China's efforts for peace in the region.

On August 4, China and ASEAN released the final draft on a code of conduct in the South China Sea.

More than a month later, US Navy destroyer USS Decatur sailed 12 miles off Chinese islands in the area, forcing the country's naval forces to confront it.

This month, China's People's Liberation Army (PLA) joined the Malaysian & Thai militaries for a nine-day exercise in Malaysia. Forty-eight hours after three Chinese PLA aircraft left for Malaysia, the US Air Force flew two F-52 bombers in the South China Sea. It appears that every positive step by China is followed by a provocative action from the United States.

On Monday, China and ASEAN began their first ever maritime exercise in the southern Chinese city of Zhanjiang. The US media reported that Washington is planning a series of military exercises in the South China Sea in November.

Trump's administration seems not to be interested in the ongoing discussions to resolve disputes in the South China Sea, yet they continue to meddle in the region.