CHINA What did giant pandas eat 5,000 years ago? 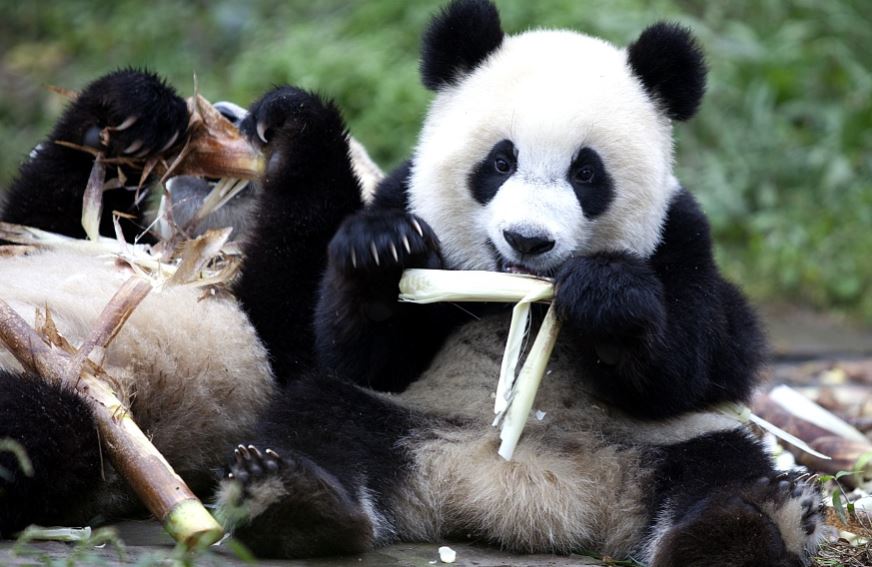 We all know that giant pandas eat bamboos and live in mountainous regions of southwest China. In order to support their tough and fibrous bamboo diet, they have distinctive teeth, skull, and muscular features, as well as a special thumb that is developed to grasp and hold bamboo stems, leaves and shoots.

But new research published online in the academic journal Current Biology on January 31 shows that the "menu" for giant pandas 5,000 years ago might have been more diverse than today when the black-and-white mammal lived in a wider range of environments besides bamboo forests.

It had been believed that the giant panda changed from omnivorous to vegetarian over its eight million years of evolutionary history and shifted to eating just bamboo about two million years ago.

However, new research by a team of scientists from the Institute of Zoology of the Chinese Academy of Sciences (CAS) has found that giant pandas had not become specialized bamboo eaters until around 5,000 years ago.

"Giant pandas had become herbivores like deer at that time. But it's hard to know what specific plants they ate. We believe there were some herbs in addition to bamboo on their food list," said Wei Fuwen, an academician at the CAS and the leader of the research team.

Many large animals living in the same epoch as the giant panda, such as stegodon, have become extinct. But the giant panda survived through millions of years, probably by constantly altering its diet to cope with the change in the environment, said Wei.

The researchers believe the giant panda changed from carnivore or omnivore to a plant-eating animal. It's difficult to understand what they exactly ate thousands of years ago.

Now, researchers want to find out when pandas switched to their special bamboo diet. To find out, they plan to collect and study more samples from different historical periods over the past 5,000 years.