CHINA What do people in Taiwan think about cross-Strait relations?

What do people in Taiwan think about cross-Strait relations? 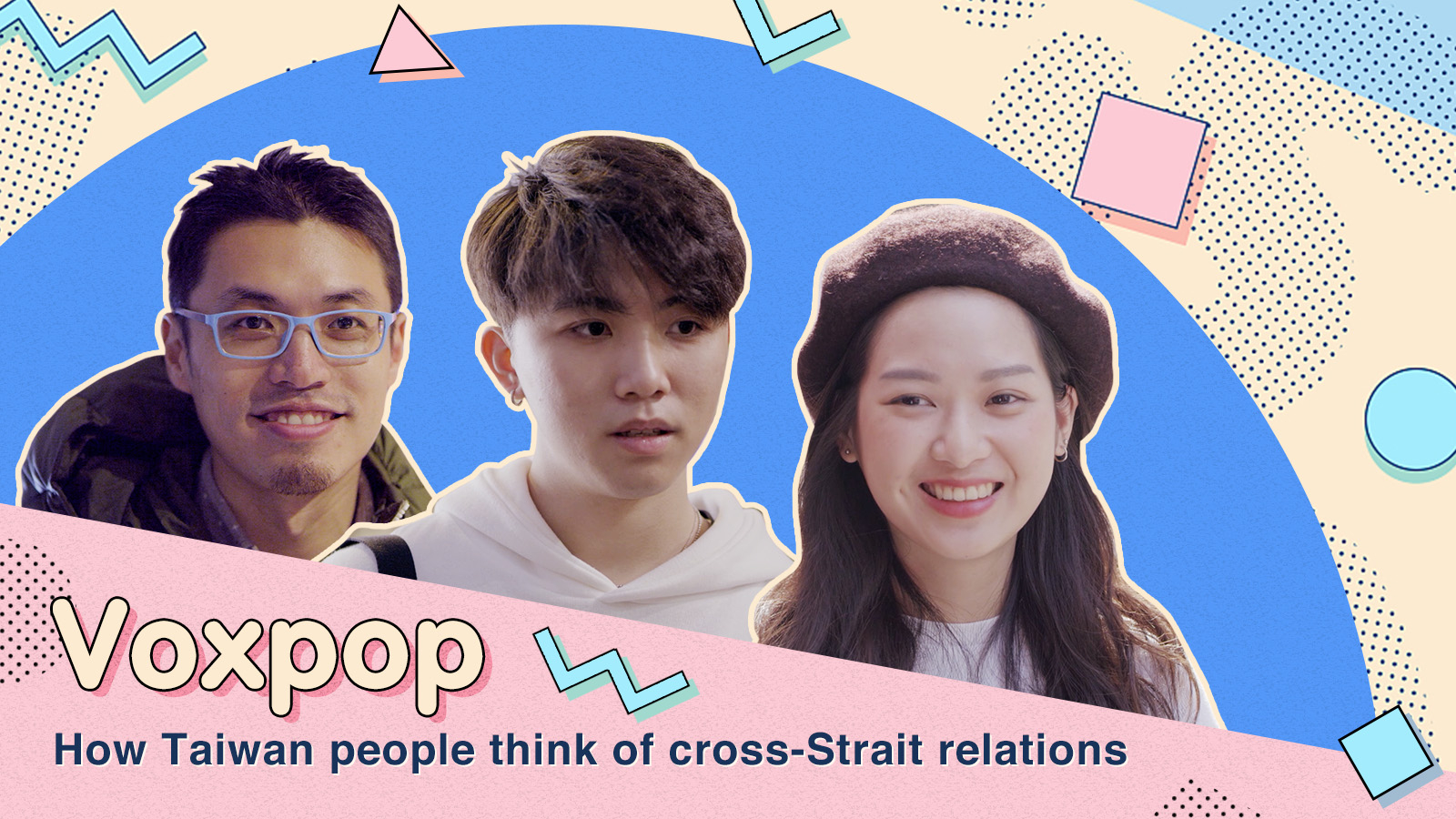 With the 2020 Taiwan elections for a new leader and legislative body around the corner, candidates are staging large-scale campaigns across the island, casting exchanges across the Taiwan Strait as one of the most debated issues shaping the landscape in the coming election.

During the same debate, Tsai attacked fellow candidate Han Kuo-yu, a member of the Chinese Kuomintang (KMT) party, accusing him of "selling out Taiwan to Beijing" to score campaign points.

Despite the heated words, cross-Strait relations remains a crucial topic, as to how the new leader navigates relations with the Chinese mainland will likely affect the livelihood and welfare of the people on the island.

But how do ordinary Taiwan people view the issue? What do they think about people who are from the mainland?

The economic reality in Taiwan

Despite intermittent friction, the cross-Strait economic relationship remains relatively good for the most part. Taiwan is an export-oriented economy, and the Chinese mainland and Hong Kong accounted for 40 percent of its outbound economy last year.

Beijing launched a trial scheme allowing individual tourists from 47 mainland cities to visit Taiwan in 2011, relaxing rules that tethered mainland tourists to tightly-run groups and wooing the island with an economic boost. However, in May 2016, after the current leader Tsai took office, her tough stance against the one-China principle has led to a tumultuous political relationship, casting a shadow on the exchanges across the Taiwan Strait.

In 2015, more than 3.3 million tourists from the mainland visited Taiwan, of which about 1.3 million were individual travelers. However, after Tsai took office, Taiwan's tourism revenue fell by 166 million US dollars for the first time in five years.

The Taiwan government tried to cushion the travel agencies from losing their business by relaxing the visa restrictions for citizens from Southeast Asian countries, such as Thailand, Vietnam and the Philippines, and promoting new aviation routes.

Three years later, the economy saw a moderate improvement with inbound tourist arrivals rebounding to nearly 11.06 million international visits to Taiwan in 2018, up from 10.4 million in 2015. However, according to experts, while the number of visitors has increased, the average spend per person has decreased, landing a blow to Taiwan's profit margins in the tourism sector.

Robert Kao, a lecturer in the Department of Tourism at Taiwan Shih Chien University, said the contradiction in the figures reflects the special influence of Chinese mainland tourists on Taiwan's tourism industry.

"Each (Chinese tourist) can contribute an average of 203 US dollars per day," Kao told DW. "It is a big blow to Taiwan's tourism revenue when we lose more than 1 million Chinese tourists between 2016 and 2018."

Zhuang from Taipei told CGTN during a recent vox pop interview that he had to change his career in the service industry to catering because of the sharp decrease in the number of tourists from the Chinese mainland.

This issue was exacerbated in August 2019 when China stopped granting individual visas from the mainland to Taiwan.

"I want to go to Shanghai because the catering industry there is booming, and the pay is high," he said.

Song, who lives in eastern Taipei, has a similar story. According to him, guesthouses in his area are losing money "because individual travels cannot enter Taiwan."

The ability to earn a competitive income is the core issue among young Taiwan residents. Weng, who works in Taiwan's tech industry, told CGTN that he is also considering moving to the mainland, where employees take home better pay packages.

"I was told that Huawei's annual salary can be more than 5 million Taiwan dollars," he said. "TSMC's (Taiwan Semiconductor Manufacturing Company) annual salary is about 2 million."

The State Council Taiwan Affairs Office and the National Development and Reform Commission recently unveiled a package of 26 measures to attract Taiwan people and businesses to the mainland, offering tax breaks and subsidies for high-tech companies, research grants for academics. The new measures join 31 others that were released in 2018 to further boost cross-Strait relations.

Faster growth and appealing policies create more dynamism, more job opportunities and more rapid career advancement, which appeals to many young Taiwan residents. A poll conducted in March last year shows that nearly 9 in 10 Taiwan people have worked outside the island or are willing to do so.

Confronted with the brain drain in Taiwan, Han blamed Tsai's cross-Strait policy, saying it is "China-hating, self-serving and damaging to Taiwan" and promising to rebuild trust between both sides of the Strait in coping with the challenges.

"The ruling party should take responsibility for keeping talents in Taiwan," said Song. "The Taiwan government has no one else to blame but themselves."