Along the River during the Nucleic Acid Testing (Photo: CCTV)

The painting, created by Chen Zhijie, an artist born in the 1990s, took five days to create. It depicts a picture of the large-scale nucleic acid testing happening in Foshan, Guangdong Province. Several places in Guangdong recently have reported confirmed COVID-19 cases. Many medical workers and volunteers have devoted themselves to fighting the virus.

There are about 345 figures and 15 scenic spots in the painting. Big landmarks such as Xiqiao Mountain and Foshan West Railway Station, and small figures such as the residents queuing in masks, medical workers in protective suits, volunteers in red vests, and journalists can all be seen vividly. 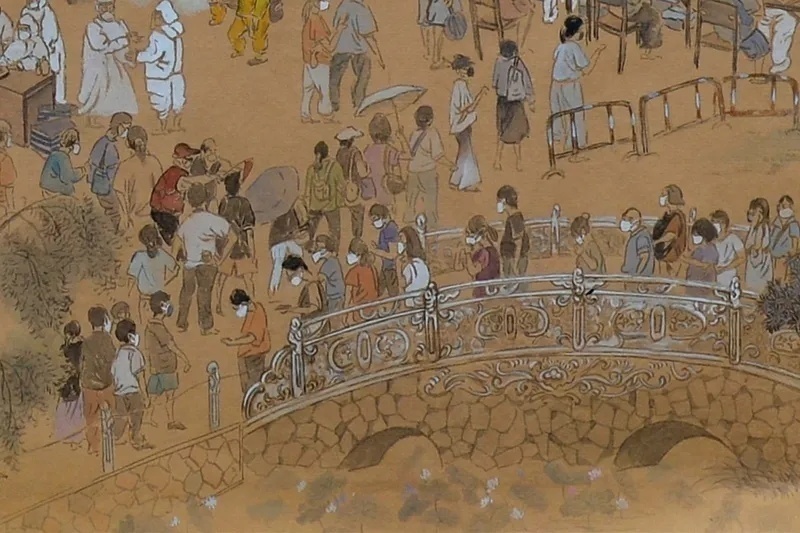 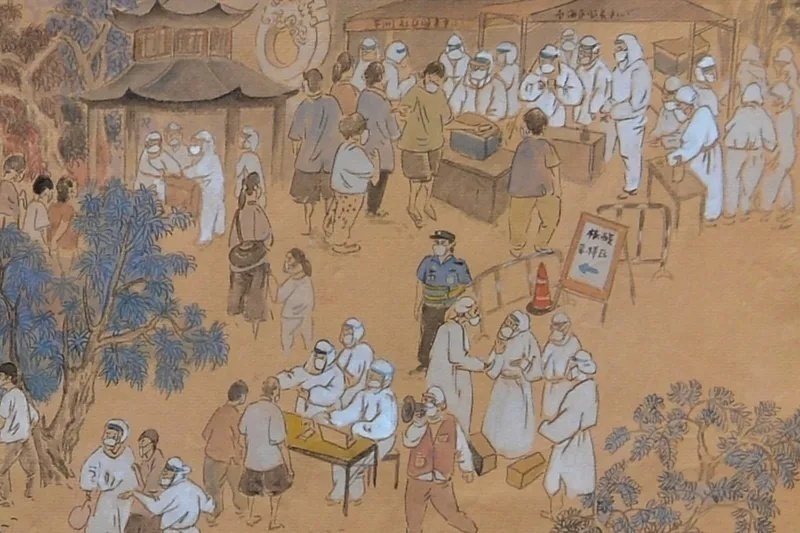 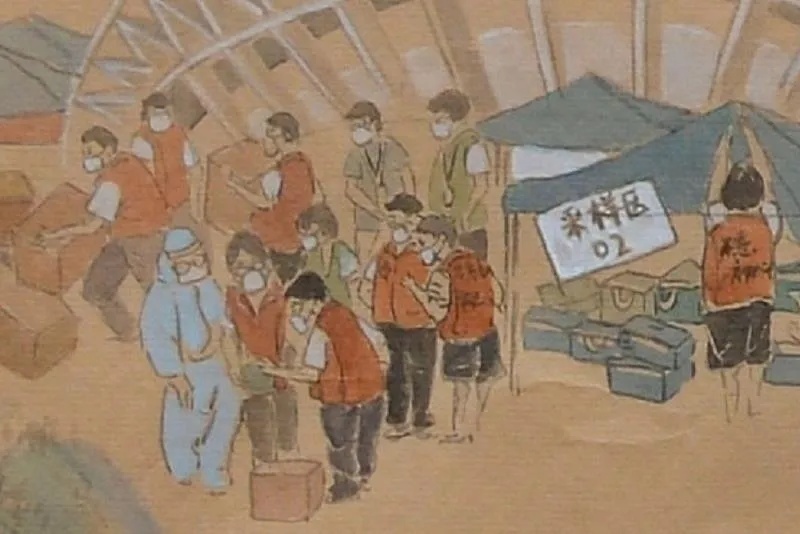 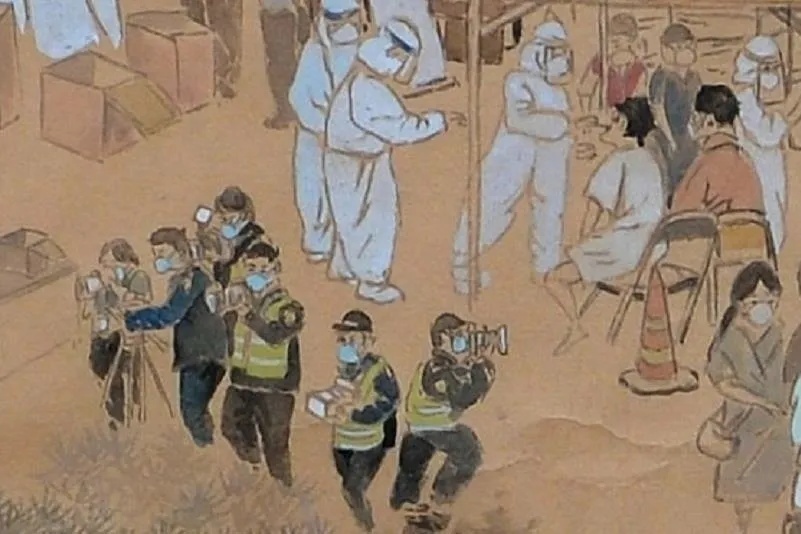 It is worth mentioning that Chen also put many touching scenes from reality in the painting. For example, medical workers lean on desks due to huge exhaustion.

Chen got the idea to make a painting and record these touching scenes at the end of May when he received a message from his resident community taking a nucleic acid test and saw the scene of medical staff working overnight and citizens cooperating. 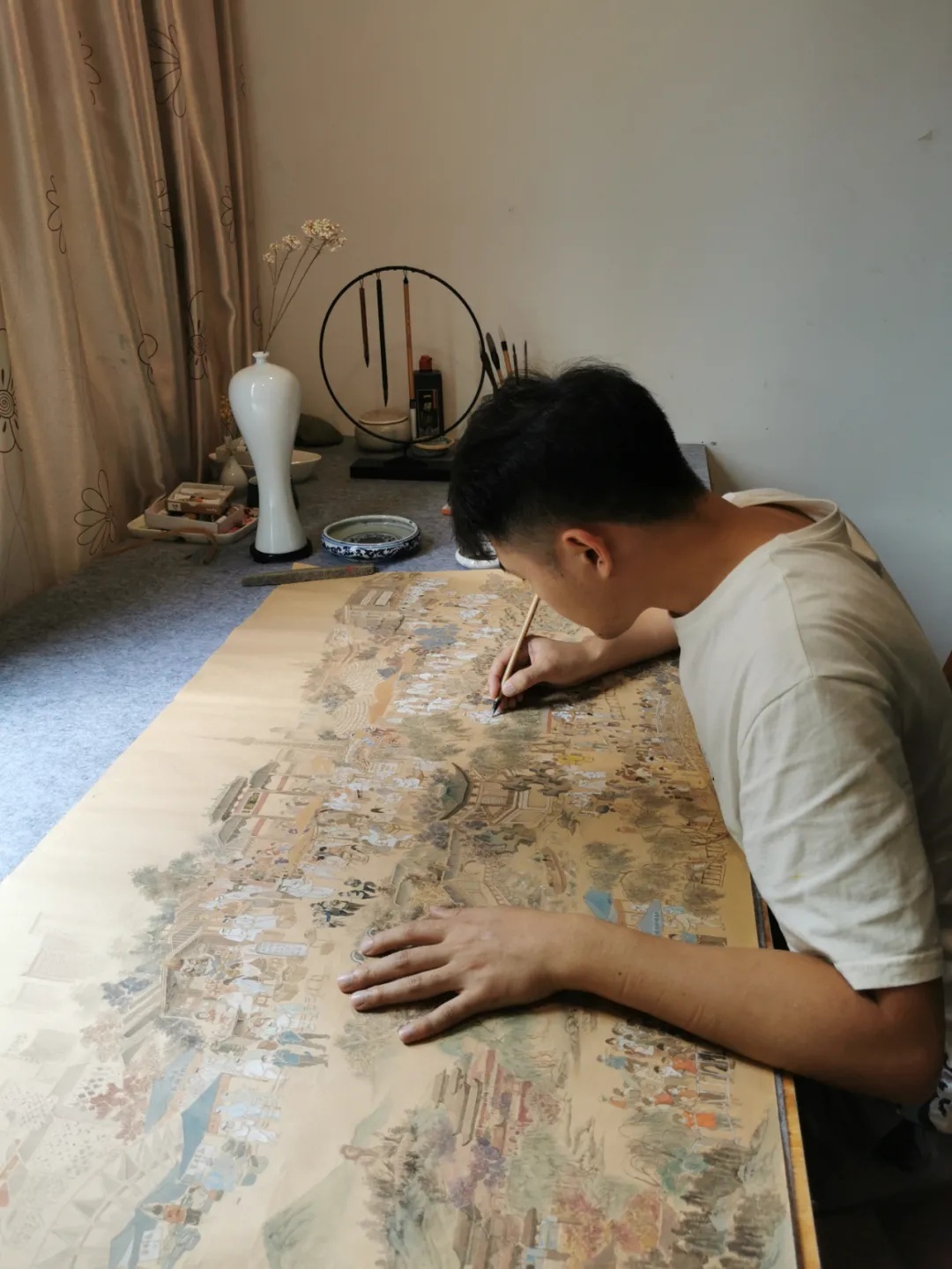 Chen paints Along the River during the Nucleic Acid Testing (Photo: CCTV)

“All the people were waiting in an orderly manner throughout the whole process,” Chen said. “I can see medical workers’ faces full of sweat through their protective covers, and some of them were soaked in sweat after taking off their protective suits.”

“I was not only moved, but also full of admiration. I want to use a different form to let everyone pay close attention to epidemic prevention and control,”said Chen.