CHINA What is the future of China’s optical fiber production?

What is the future of China’s optical fiber production? 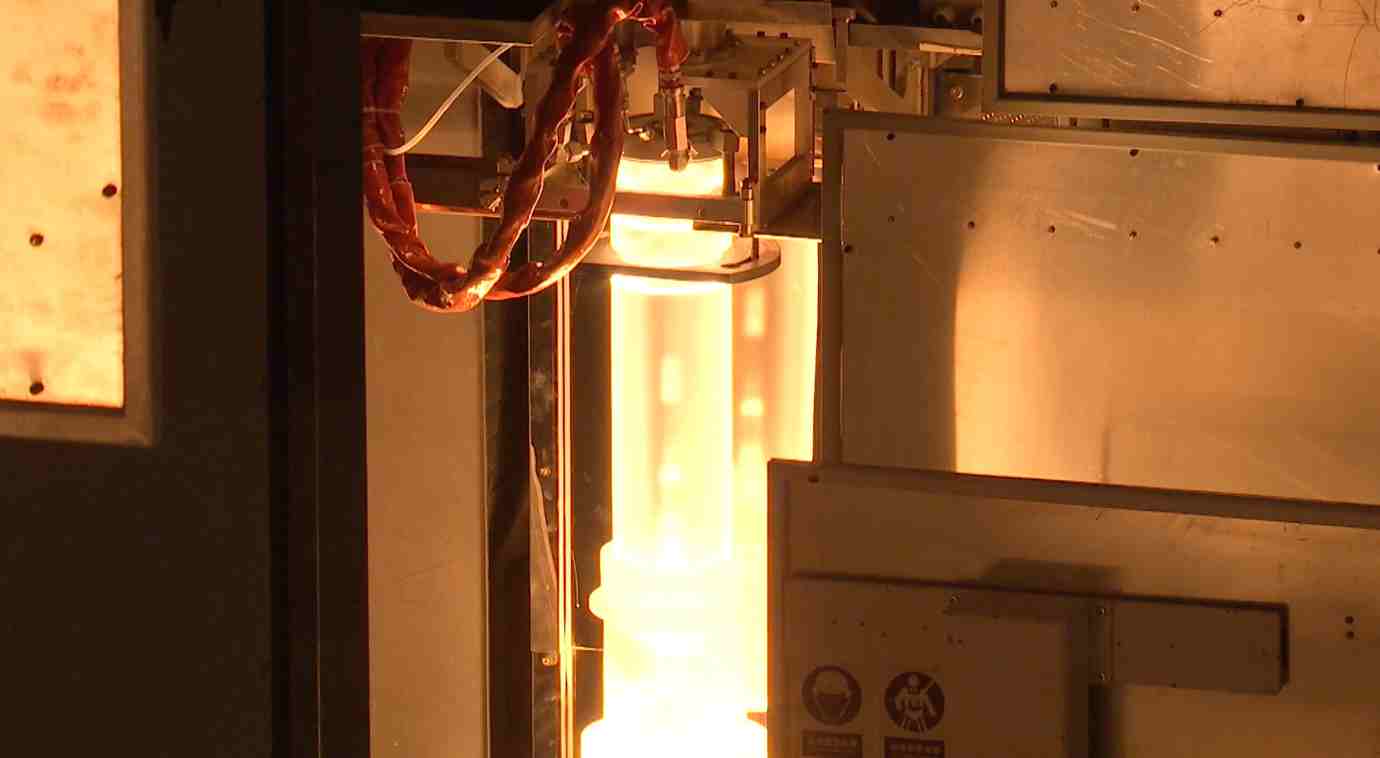 Optical fiber preform, 20 centimeters in diameter, burned and drawn into the optical fiber as thin as human hair to be used in telecommunications. (Photo: CGTN)

What is optical fiber?

An optical fiber, by definition, is a flexible, transparent fiber made by drawing glass or plastic to a diameter slightly thicker than that of a human hair, or sometimes even thinner. Optical fibers are widely used in telecommunications due to its nature of transmitting light between the two ends of the glass fiber. They permit transmission over longer distances and at higher bandwidths than electrical cables.

The chief among them, China’s Yangtze Optical Fiber and Cable (YOFC), ranks first by global market share (based on output), around 55 percent worldwide, but mostly centered in China, with the reason being, China’s efforts to promote "tri-networks integration," "Broadband China," "5G Construction" and "Internet Plus." These moves are believed to have brought unprecedented opportunities for the Chinese optical fiber and cable market and stimulated Chinese optical fiber preform producers to expand capacity.

“Many Chinese companies, including ours (YOFC), all have the core techniques, equipment and materials at our disposal. And because of this, technique - and material-wise, we can manage, despite the trade tension. Therefore, the friction is not affecting China’s optical fiber production,” said Zhuang Dan, Executive Director of YOFC.

Chinese authorities are promising to upgrade their 4G networks to 5G by 2020, which will increase the demand for optical fiber. Nevertheless, analysts say the current US-China trade tension is likely to deter the development of both.

“In the optical fiber industry, China does not rely on foreign resources, nor the foreign markets. This means China can manage on its own, and in the short term, it is beneficial to China’s optical fiber development,” said Professor Liu Chunsheng with Central University of Finance and Economics. “On the other hand, let’s say, if some country takes retaliatory measures, specifically to slow down China’s plans to develop its 5G networks, the optical fiber and cable industry for sure will suffer.”