CHINA What to expect from the 8th Beijing Int’l Film Festival?

What to expect from the 8th Beijing Int’l Film Festival? 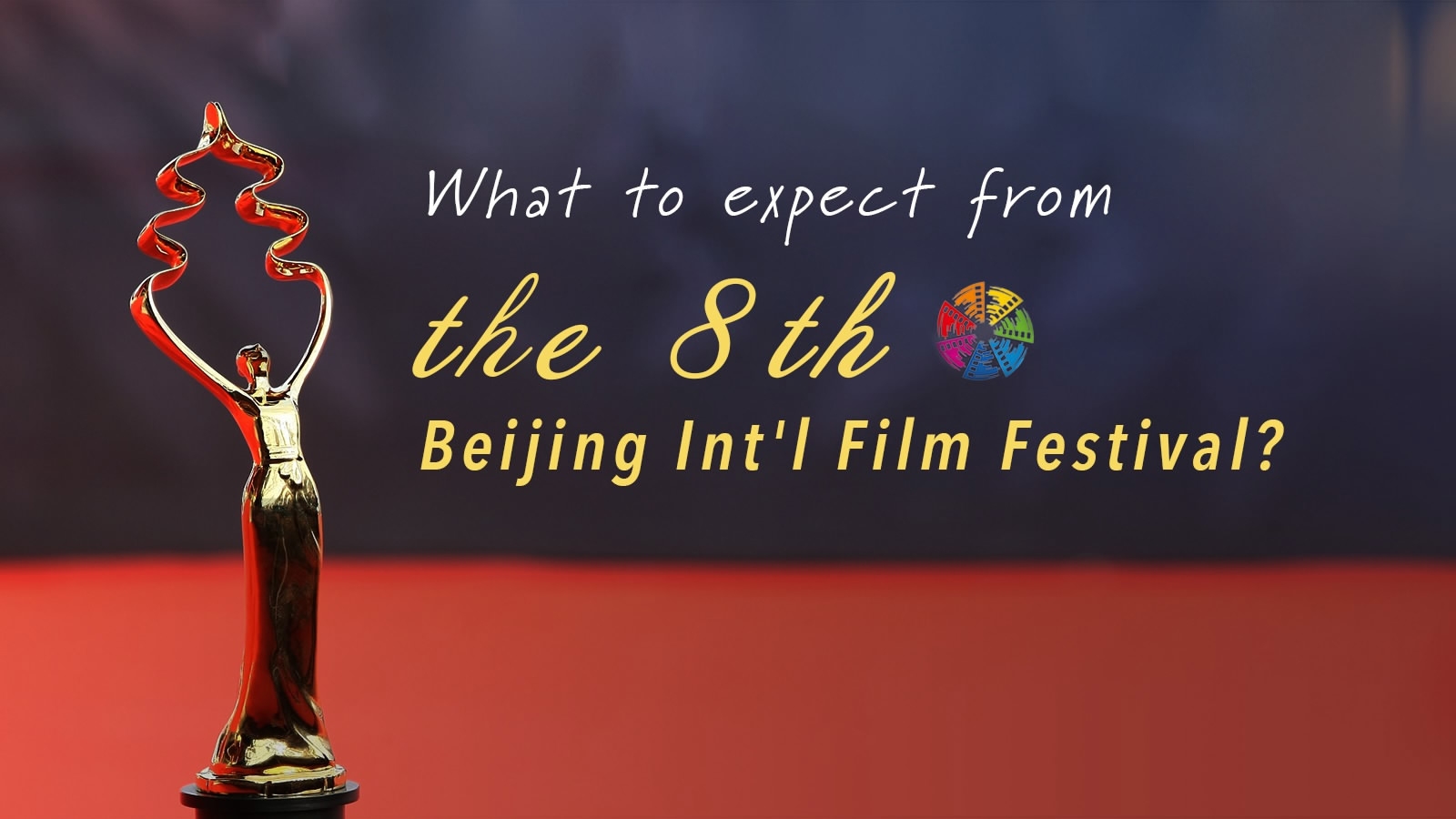 With the red carpet rolled out and fans gathered, film stars and directors are expected to shine on Sunday night as the eighth Beijing International Film Festival opens at the Yanqi Lake International Convention and Exhibition Center in Beijing.

The seven jury members for the festival’s competition section, including Wong Kar-wai, the jury president, and Chinese actors Duan Yihong and Shu Qi, who will participate in the opening ceremony. US actress, Chloe Grace Moretz and Thailand’s Chutimon Chuengcharoensukying, well-known for her role as a genius in the 2017 film “Bad Genius,” will also be in attendance.

According to a press conference held on Saturday, there will be a grand show for domestic and foreign guests and a large number of Chinese musicians and actors will perform on stage. 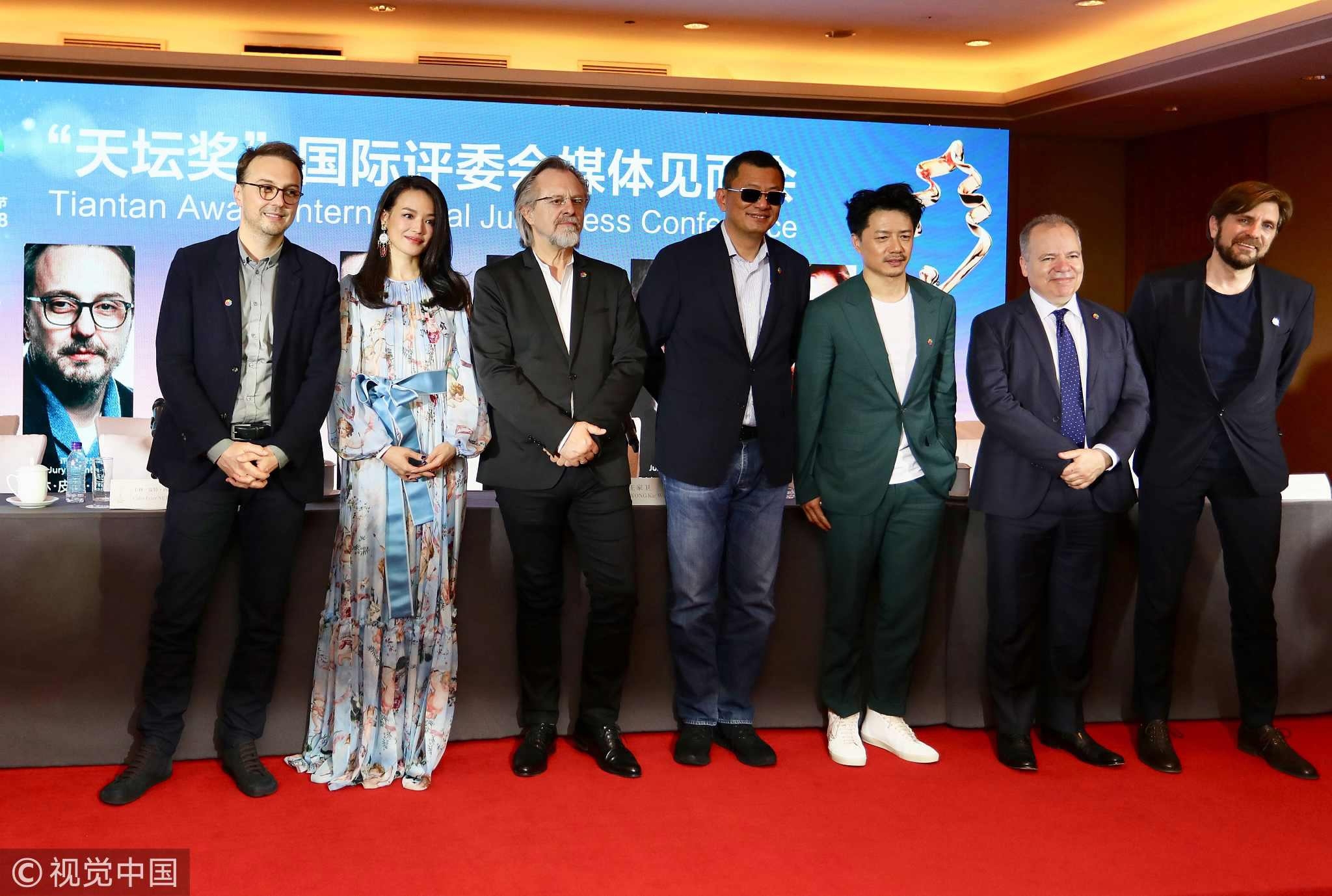 The jury members pose for a family photo at a press conference.(Photo: VCG)

Wang Leehom is expected to perform one of his classic songs, the remade version of “Descendants of the Dragon”, together with Tan Zhengyan, a Peking Opera artist. The musician said it is to pay respect to Chinese films and filmmakers.

Karen Mok has combined three of her songs into a mini opera, with which she hopes will convey the charm of film as an art of light and shadow.

Chinese kung fu will also take a place in the performances, with Hong Kong actor Cheung Wai-kin bringing his kung fu show, which represents the wuxia stories that have been a consistent and unique theme for Chinese cinema.

Lineup for the 'Tiantan Award' competition

Just ahead of the opening ceremony, 15 movies were announced as the lineup for this year’s “Tiantan Award.”

A total of 659 films from 71 countries and regions registered for the competition - 235 more than last year - and the final lineup includes two Chinese films and 13 foreign ones, with a theme of diversity in both subject matter and genre.

Chinese blockbuster “Operation Red Sea” made it into the competition. The film made 3.6 billion yuan (570 million US dollars) at the domestic box office during its run. Another Chinese movie, “Hold Your Hands”, is based on a true story from a village in Hunan Province, which is famous for its traditional architecture and ethnic traditions. 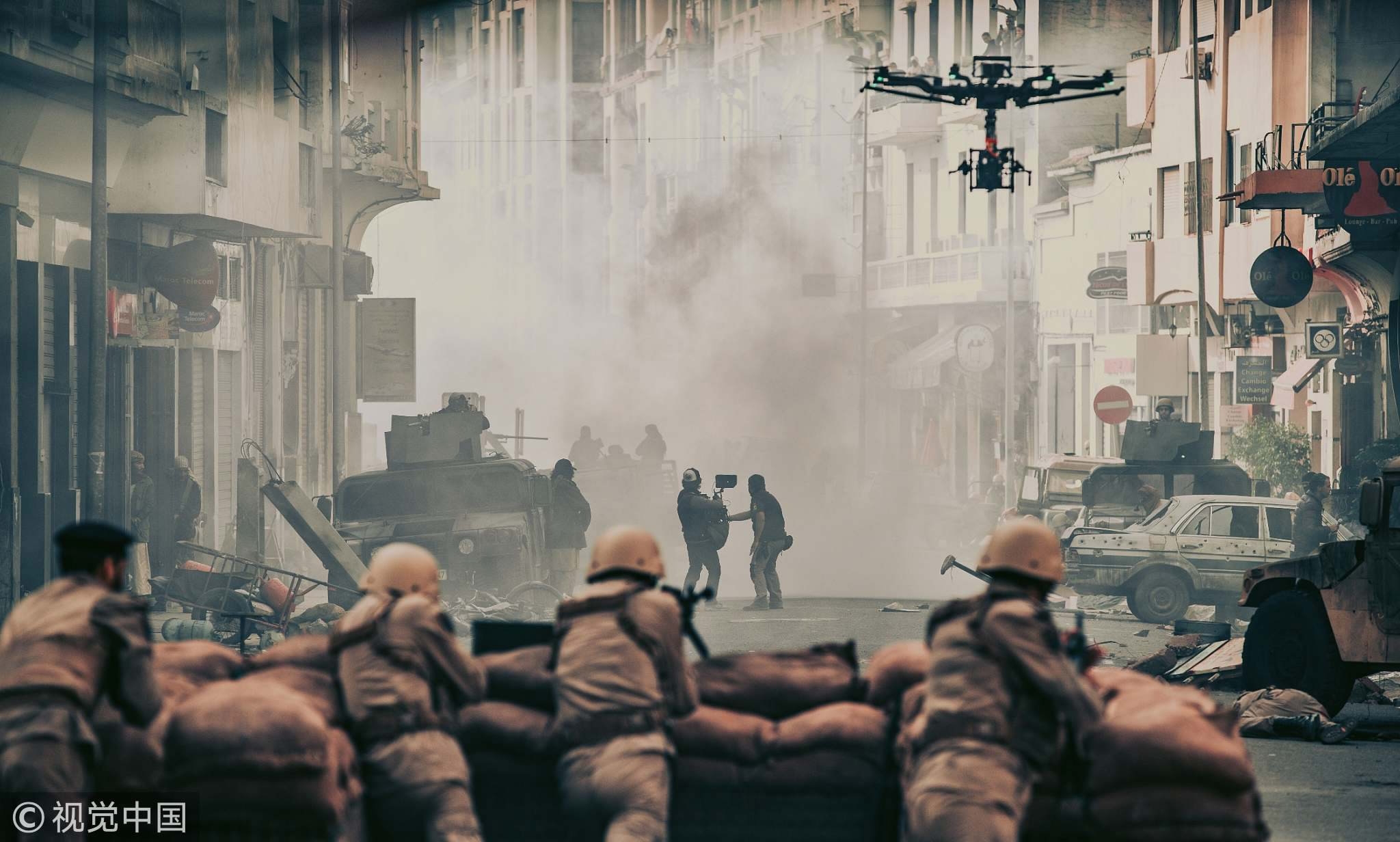 A photo taken during the filming of "Operation Red Sea" (Photo: VCG)

The awards will be revealed at the closing ceremony on April 22.

A jury led by Wong Kar-wai

Director Wong Kai-wai, who is the jury president for the competition, is definitely one of the most eye-catching celebrities at this year’s event. The Hong Kong director, always seen with his iconic sunglasses, is often dubbed as a guru in art house cinema. He also won the “Tiantan Award for Best Director” in 2014 for his film “The Grandmaster.” 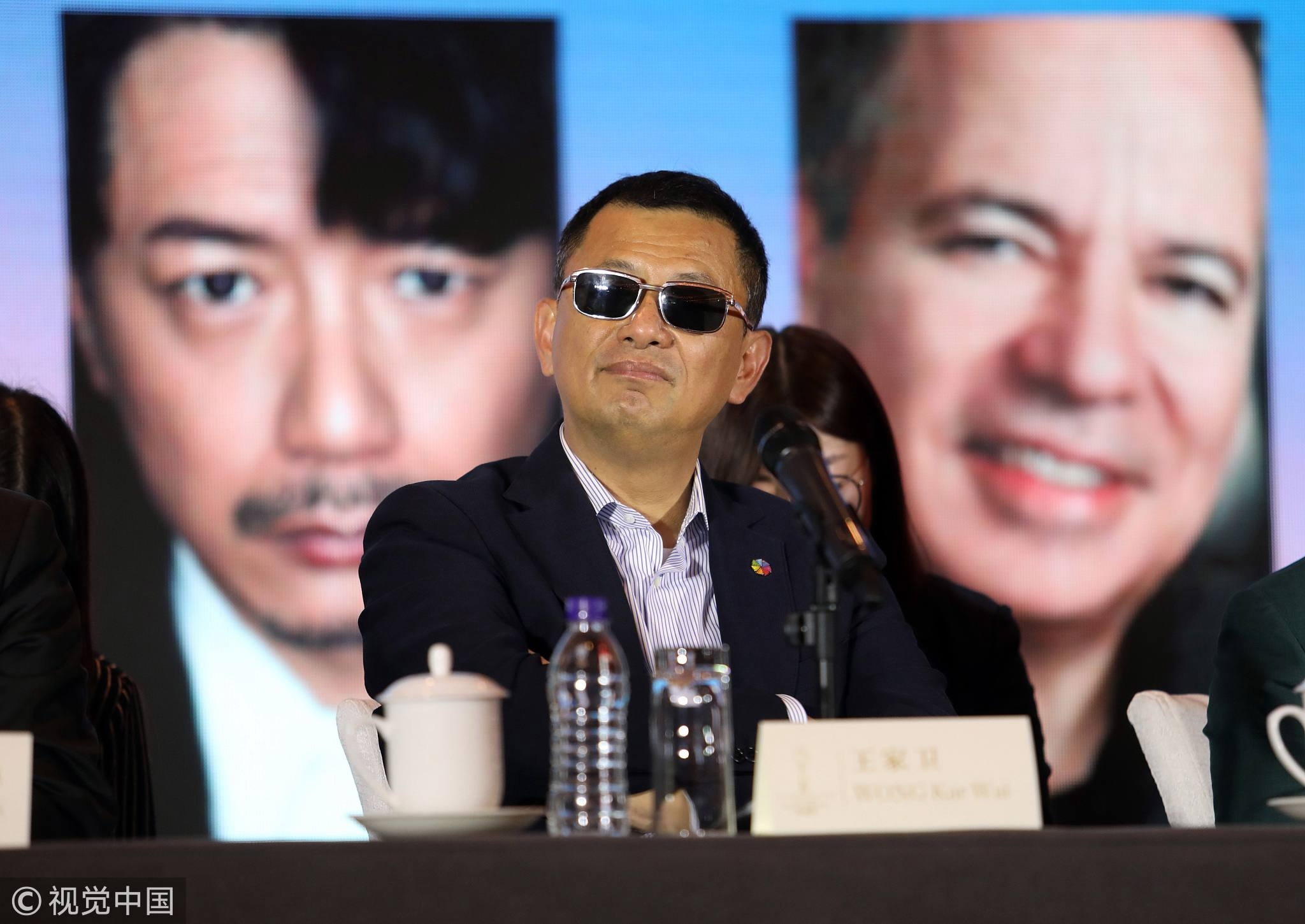 Wong said at Friday’s press conference that the jury will watch all 15 films running for the award with the “spirit of the grindstone” in the next seven days.

A visual feast for audiences

Besides the shining lineups, the seven-day film festival will also feature a number of forums discussing the international film market, co-operation between Chinese and international production companies, film technology and the beauty of films. 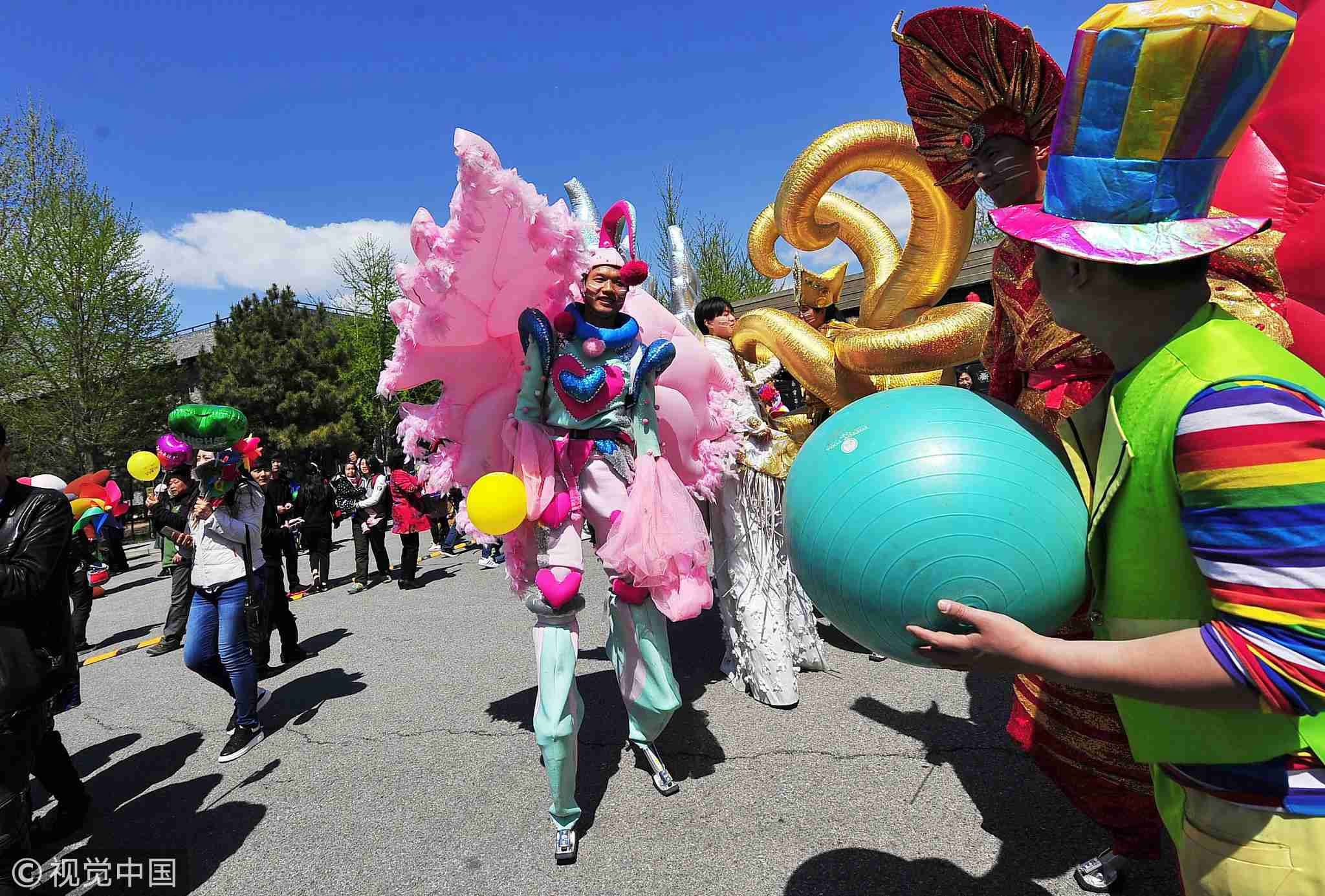 Putting the public at the center of the event, this year’s Beijing International Film Festival has prepared a feast of cinema for film enthusiasts. A film gallery with about 500 classic movies will hit screens over 17 days,providing a rare chance for fans to savor their favorite classics on the big screen.

According to the official data, tickets for the films were snatched seconds after opening to the public. The 100 packages in honor if Ingmar Bergman sold out in 10 seconds and a box office total of nine million yuan (1.4 million US dollars) was made within 12 minutes.