CHINA When the chips are down

When the chips are down 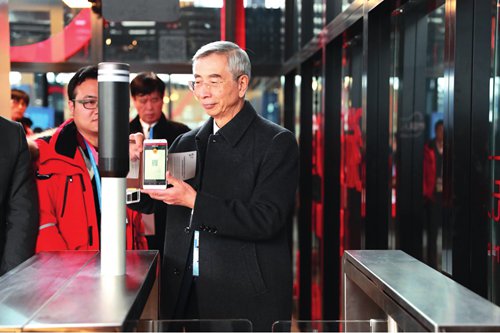 China's lack of progress in domestically developed computer chips and operating systems has become a heated topic once again after the US issued a ban against Chinese telecom equipment maker ZTE Corp in mid-April.

Around 90 percent of chips in China are imported, as China's domestically developed chips can only meet 8 percent of demand in the country, the US-based China Press reported on Wednesday.

Ni Guangnan, a 79-year-old academic with the Chinese Academy of Engineering, drew online attention recently for the efforts he has been making in the field for almost two decades.

"After failures and doubts, as well as his appeals to the Ministry of Science and Technology, Teacher Ni is still persevering," one of Ni's former assistants wrote in an article.

China could use the experience of the BeiDou navigation system to develop its own chips, Ni said, calling for greater efforts and investment from both companies and the government.

Liang Ning, Ni's former assistant and student, published the article on April 22 to document his memories of developing China's own chips and operating systems with Ni and his colleagues.

Ni, born in 1939, was one of the first scientists to study information processing and pattern recognition of Chinese characters. He led the development of Lenovo's microcomputers in the early 1990s and became an academic at the Chinese Academy of Engineering in 1994.

"As early as in 1988, our computer company, the former company of Lenovo, began to make chips of application specific integrated circuits (ASIC)," Ni told the Global Times on April 30.

According to Liang's story, in 1999, as Ni became concerned that China did not have its own chips and operating system, he began to work with Fangzhou, a Beijing-based technology company.

"Ni helped Fangzhou gather funds, ask for government help and look for any resources to develop chips. He did not earn anything from this. He wants to do everything, because he wants a new core frame for the IT industry," Liang wrote.

Ni told the Global Times that since 2000, because of policy support, China's chip designs  have developed rapidly and caught up with those of other countries.

However, chip manufacturers are faced with a severe shortage of funds. "Nobody wants to invest in such an area that lacks talents, takes a long time to see profit and has a high risk of failure," he said. "As a result, manufacturing chips has only been tried in China, but has not become an industry."

Ni has never given up appealing for the development of China's own chips and operating systems.

"Core technologies being controlled by other countries is the biggest threat to us, and the ZTE case proves this," Ni told CNR in April.

The Department of Commerce activated a denial of export privileges against ZTE for alleged violations of the US Export Administration Regulations on April 16.

The company said on Tuesday that its shares will remain suspended on the A-share market in Shanghai until further notice as the company continues to try to resolve the issue with the US government.

"The US banning ZTE was doomed to happen. It was just that we could not see when it would happen and how severe it would be," Ni said.

"China should make its own chips, otherwise we will inevitably meet many problems," Ni said, "If we cannot master the core technology, other countries will make obstacles for us sooner or later through various means."

In early April, he wrote in the Guangming Daily that in order to get rid of other countries' control over core technologies, China should build a safe and controllable system of information technology in order to replace the foreign system that has taken hold of the market.

China spends more than $200 billion importing chips annually, according to the Xinhua News Agency in 2015.

Meanwhile, China manufactures about 77 percent of the world's mobile phones, but domestically made cellular chips are used in less than 3 percent of them. Similar situations can be seen in made-in-China computers and TV sets, according to a State Council report published in late 2014.

As buying technologies is much cheaper and faster than developing them, in the past China did not see the importance of having independent control of core technologies, Ni said. "China should learn a lesson from the ZTE case and pay attention to independent innovation."

Ni said that it is not objective to say that China's chips do not meet market standards. "The home-made chips for mobile phones and servers have been as good as imported ones, except in certain areas."

"However, the chips China made for PCs and laptops still lag behind by three to five years," he said. "China's disadvantage is mainly in manufacturing, which needs at least eight to 10 years to surpass the US."

"China should increase investment to boost research and development of domestically made chips if it wants to achieve sustainable development in the sector," Ni said in 2015, after it emerged that the country spends more on importing these electronic fundamentals than it does on importing oil, according to Xinhua.

Ni said the chip sector is both money- and technology-intensive, and that developing it desperately needs government support.

He told the CNR that in order to realize the localization of chips, companies should play the leading role in key areas and large projects with government support, which is how BeiDou became so successful. "We basically built the BeiDou navigation system that can be used to replace GPS."

He believed that in the Internet and information area, China should also break the monopoly of the Wintel (Windows+Intel) system.

When it comes to making chips, there must be trillions of yuan in investment and it must be continuous, Ni said. "Only in this way can China reach an advanced level in the world."