CHINA Where there are threats, there are defenses: Chinese defense chief on South China Sea

Where there are threats, there are defenses: Chinese defense chief on South China Sea 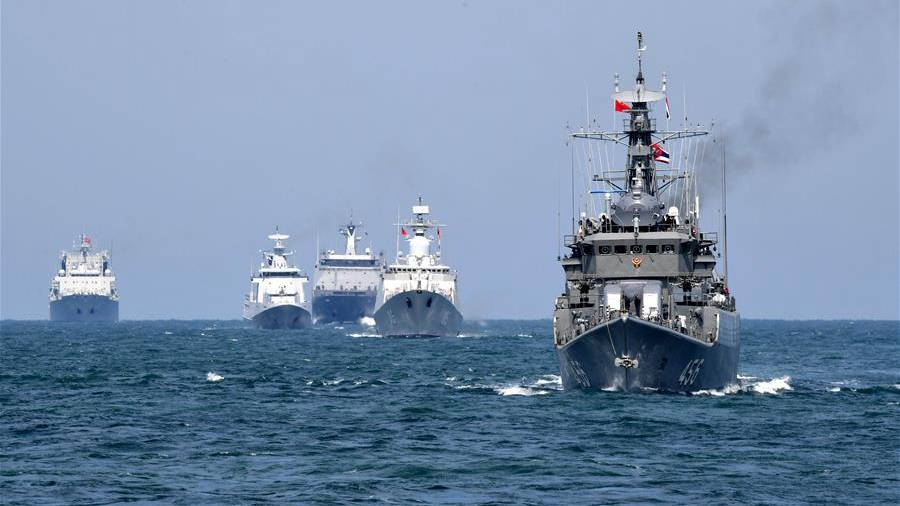 SINGAPORE, June 2 (Xinhua) -- Chinese State Councilor and Defense Minister Wei Fenghe said here on Saturday that China's construction on its South China Sea islands and reefs is its legitimate right and is purely defensive in nature.

"The current situation in the South China Sea is improving towards greater stability. It is attributed to the common efforts of the countries in the region," Wei said. "However, there are always people trying to rake in profits by stirring up troubles in the region."

He said over 100,000 ships sail through the South China Sea each year, and "none has been threatened."

However, in recent years, some countries outside the region come to the South China Sea to flex muscles, in the name of freedom of navigation. "The large-scale force projection and offensive operations in the region are the most serious destabilizing and uncertain factors in the South China Sea," he said.

"Where there are threats, there are defenses. In the face of heavily armed warships and military aircraft, how can we stay impervious and not build some defense facilities?" he asked.

He also refuted the saying of "militarization" of China's defensive construction on its South China Sea islands and reefs at the Q&A session. "Anyone who has some military sense would know it's not militarization," he said.

Wei is here to attend the 18th Shangri-La Dialogue from Friday to Sunday, and he gave a keynote speech on Sunday morning at a plenary session entitled "China and International Security Cooperation."