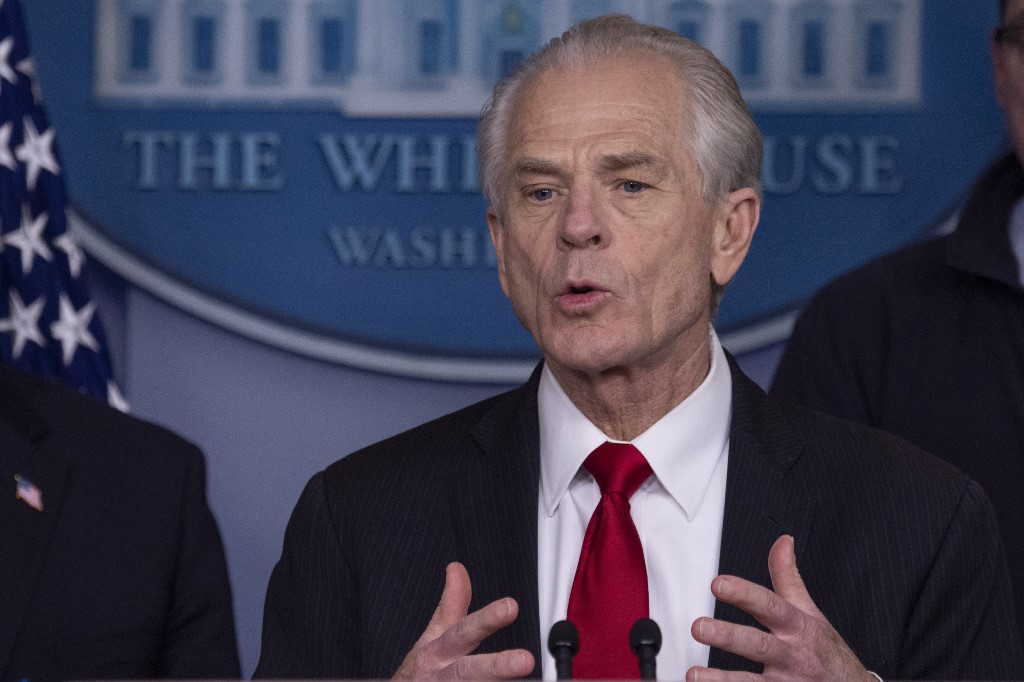 White House Trade and Manufacturing Policy Director Peter Navarro speaks during the daily briefing on the novel coronavirus, COVID-19, at the White House on March 22, 2020, in Washington, DC. (Photo: AFP)

In a recent interview, Navarro, director of the White House Office of Trade & Manufacturing Policy, blamed China for setting the world back six weeks because it did not tell others that there was a crisis of human-to-human transmission with a new novel coronavirus promptly.

"The American politician's remarks are not worth refuting, " China's Foreign Ministry spokesperson Hua Chunying told a routine press briefing. "I noticed that even the journalist who was interviewing him at the time interrupted him to point out that it was just a waste of time."

Hua said that China has always been open, transparent and responsible on informing the World Health Organization (WHO) and the international community of the situation, including sharing the virus gene sequence in a timely manner since the outbreak of COVID-19.

China has also been actively engaged in international cooperation to fight against the virus, said Hua, noting that the country has responded to concerns of various parties actively and provided assistance to some countries.

"The great sacrifices made by the Chinese people have bought precious time for the global fight against the virus," said the spokesperson.

She pointed out that China has been regularly informing the WHO and countries, including the United States, of the COVID-19 situation since early January.

"What is the purpose of the American politician? All he wants is to muddle the waters, put the blame on others, undermine the China-U.S. anti-epidemic cooperation, as well as the global collaboration in this respect," said Hua.

"Anyone with a sense of right and wrong and a sense of justice would not fall for his tricks, " added the spokesperson.

Navarro should learn more about the spirit of the phone call between the heads of state of China and the United States last week, Hua said.

She urged the White House trade adviser to do something that is in the interests of the Chinese and American people, instead of defaming China and undermining the bilateral relations. Enditem