BEIJING, July 24 (Xinhua) -- The global significance of China's national defense in the new era is actively contributing to building a community with a shared future for mankind, a white paper said Wednesday. 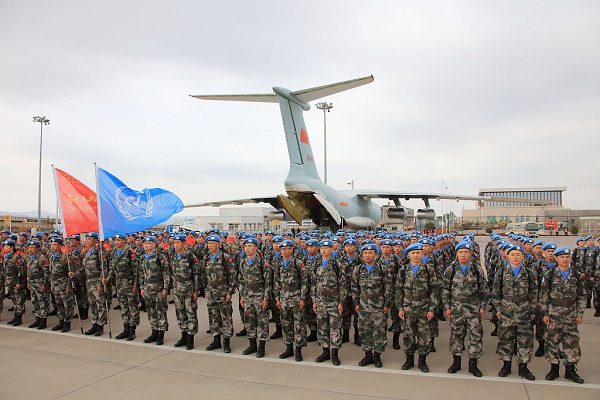 The dream of the Chinese people is closely connected with the dreams of peoples around the world. Peace, stability and prosperity in China present opportunities and benefits to the rest of the world, said the white paper titled "China's National Defense in the New Era."

A strong military of China is a staunch force for world peace, stability and the building of a community with a shared future for mankind, it said.

Efforts are made to deepen bilateral and multilateral security cooperation, promote a coordinated, inclusive and complementary cooperation among security mechanisms, and contribute to a security architecture featuring equality, mutual trust, fairness, justice, joint contribution and shared benefits, it said.

Committed to the principle of win-win cooperation, China's armed forces will fulfill their international responsibilities and obligations, and provide more public security goods to the international community to the best of their capacity, according to the white paper.

China's armed forces actively participate in the UN peacekeeping operations, vessel protection operations, and international efforts in humanitarian assistance and disaster relief, strengthen international cooperation in arms control and non-proliferation, play a constructive role in the political settlement of hotspot issues, jointly maintain the security of international passages, and make concerted efforts to respond to global challenges such as terrorism, cyber security and major natural disasters, thus making a positive contribution to building a community with a shared future for mankind.