CHINA WHO likely to grant Chinese vaccines emergency use by April

WHO likely to grant Chinese vaccines emergency use by April 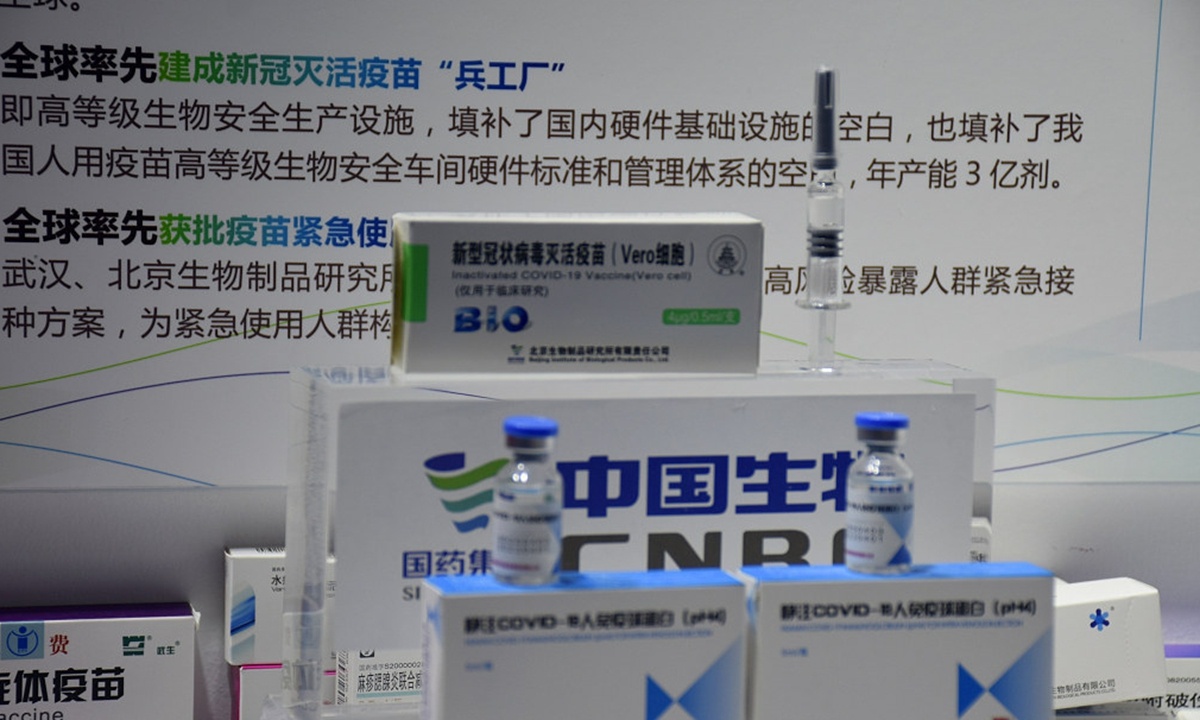 Sinovac and Sinopharm COVID-19 vaccines are likely to be included into the emergency use list of the World Health Organization (WHO) by the end of April despite WHO experts saying that data of the vaccines on elderly people are lacking.

Chinese vaccine makers Sinopharm and Sinovac have presented data on their COVID-19 vaccines indicating levels of efficacy that would be compatible with those required by the WHO standard, which means an efficacy of about 50 percent and preferably close to or above 70 percent, WHO's Strategic Advisory Group of Experts (SAGE) chair Alejandro Cravioto said on Wednesday, Reuters reported.

The SAGE hopes to issue recommendations on those Chinese vaccines by the end of April, Cravioto said, noting that the vaccines would first require emergency use listing from the WHO or from what the agency considers to be a stringent regulatory authority before SAGE experts can make recommendations about their use.

Chinese producers Sinopharm and Sinovac have applied to be included into WHO's emergency use list. The WHO sent experts to investigate their production workshops in Beijing in February.

Chinese experts deemed that the lack of data on the elderly group would not be an issue to hinder the process.

The data Sinopharm and Sinovac submitted to the WHO was the data from their Phase III clinical trials. And there were not so many elderly volunteers who participated in the Phase III trials.

But so far, Chinese vaccines have been used in many countries on a large number of elderly people, which proves their efficacy and safety, Zeng Guang, former chief epidemiologist of the Chinese Center for Disease Control and Prevention, told the Global Times on Thursday.

But the WHO suggestions are worthy of consideration for Chinese producers as they should learn to timely submit data in the future, Zeng noted.

But as trials and application of the vaccines proceeds, China has expanded domestic vaccination program to people aged 60 and above. Many foreign countries applying Sinopharm and Sinovac vaccines, including Brazil, Chile and Turkey, even prioritized elderly people in their vaccination drives.

Tao Lina, a Shanghai-based vaccine expert, told the Global Times on Thursday during WHO's review on Chinese vaccines that safety should be more important than efficacy as efficacy can be improved through vaccination procedures. For example, a third dose can be administered to recipients who cannot produce enough antibodies after two shots.

The Global Times learned that Sinopharm and Sinovac are doing research on whether a third dose can enhance antibody levels and overall efficacy of the vaccines against the coronavirus, and how effective the vaccines are on mutated sequences.

Tao's comments came after at least 15 European countries halted their roll-out of the Oxford-AstraZeneca vaccine, one of the three COVID-19 vaccines on the WHO emergency use list, following reports that some inoculated people died due to blood clots after taking doses of the vaccine.

The other two COVID-19 vaccines on the WHO emergency use list are separately produced by Pfizer/BioNTech and Johnson & Johnson.