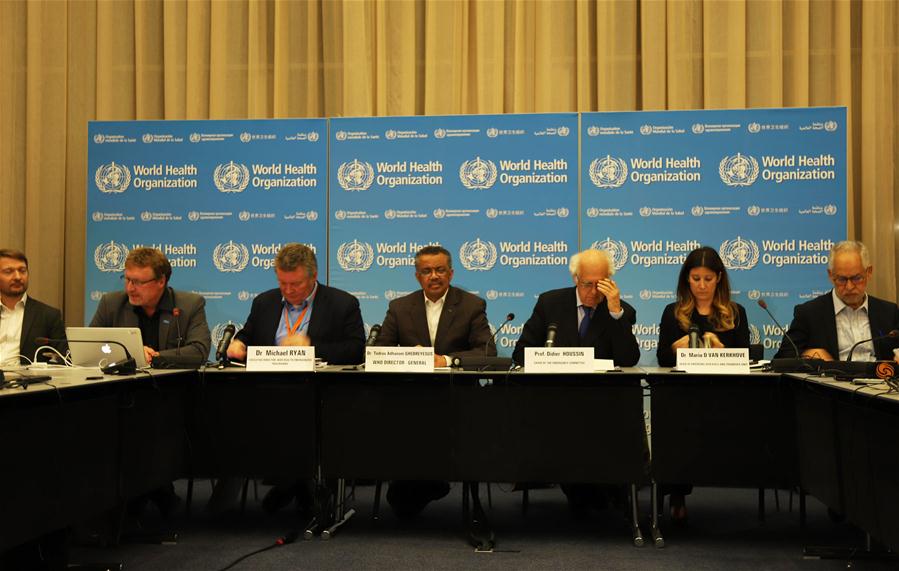 Geneva (People's Daily) -- The World Health Organization (WHO) has officially declared the novel coronavirus as a Public Health Emergency of International Concern (PHEIC).

However, the UN health body stressed that it does not recommend limiting trade and travel.
It also once again spoke highly of China's prevention and containment measures.

WHO Director-General Tedros Adhanom Ghebreyesus stressed that the WHO disfavors or even opposes imposing travel or trade restrictions on China.

Under the International Health Regulations (IHR), the WHO director-general has the authority to determine that an outbreak constitutes a PHEIC when certain conditions are met. The designation is aimed at mobilizing more international resources to deal with the epidemic.
Since the IHR entered into force in 2007, the WHO has made multiple PHEIC declarations.
Ghebreyesus noted that Chinese President Xi Jinping personally commands and deploys the prevention and containment efforts.
"The speed with which China detected the outbreak, isolated the virus, sequenced the genome and shared it with WHO and the world are very impressive, and beyond words. So is China's commitment to transparency and to supporting other countries," he said.
"In many ways, China is actually setting a new standard for outbreak response," he added.
That reflects not only China's high sense of responsibility for the lives and health of its own people, but also its strong support for global disease prevention and control, he said.
Ghebreyesus said he believes that China will effectively contain and eventually defeat the epidemic, adding that China's efforts to combat the disease deserve respect and appreciation, and are worth learning.
In fact, many of the prevention and containment measures China has taken far exceed relevant requirements for dealing with emergencies, and the measures China has taken are good not only for that country but also for the rest of the world.
Now the situation is still developing and more research is needed, and particularly countries with fragile health systems should enhance their responses, said the WHO chief.
That is the main reason behind the PHEIC declaration, he said, adding that considering global health security, it is also a necessary step to achieve a scientific, rational and calm response based on evidence, and to help other countries take scientific, reasonable and appropriate measures to prevent the epidemic.
Wu Zunyou, chief epidemiologist of the Chinese Center for Disease Control and Prevention, said that the PHEIC declaration is a standard practice of the WHO.
"China's current prevention and control measures are the strictest and very effective. We are confident that we can effectively contain the epidemic and finally overcome it," Wu said.

(with input from Xinhua)