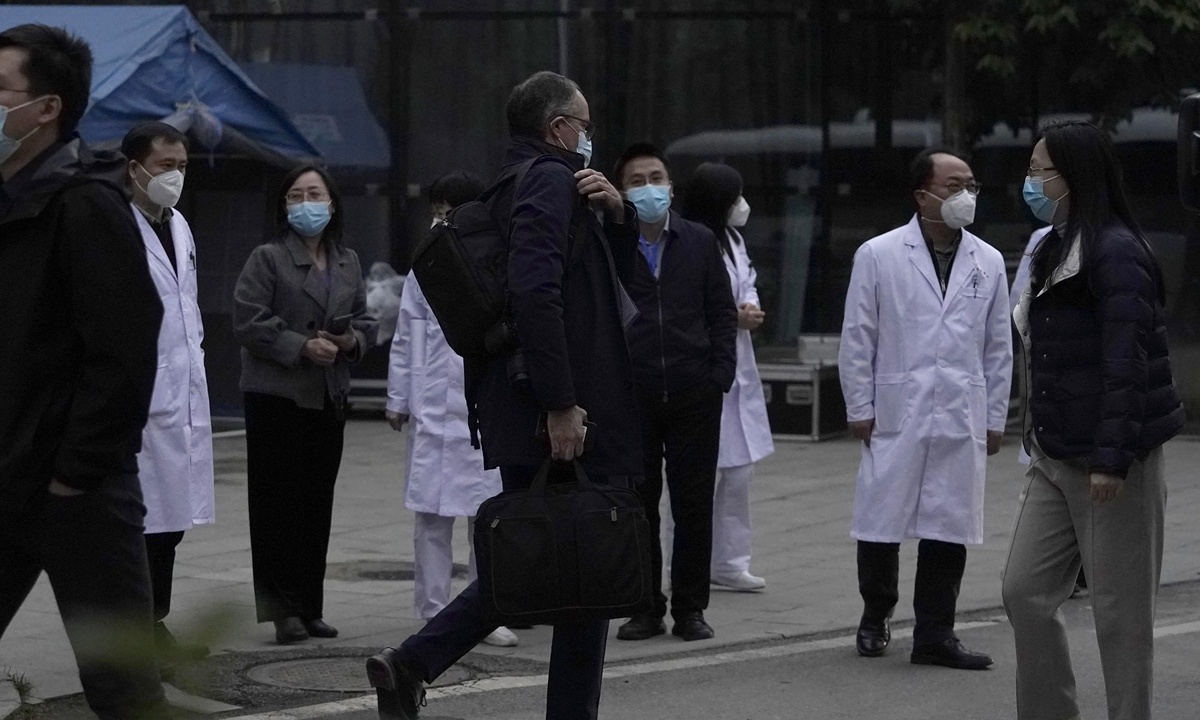 The World Health Organization team investigating the origins of the coronavirus reportedly visited a cold storage area in Wuhan Sunday morning. The team is expected to visit the Huanan seafood market Sunday afternoon, an expert from the team told the Global Times.

Peter Ben Embarek, who leads the WHO team, confirmed with the Global Times that the team will visit the Huanan market.

On Sunday morning, the WHO team reportedly visited a cold storage area in a wholesale-style market, a BBC reporter wrote on Twitter.

Although the Huanan seafood market has been sealed off, experts believe that there is still plenty to see and experience there.

"[We hope to] understand the setting, see the places where cases were linked, reconstruct the initial event there, search for records of animals, products traded there. And possibly talk to some of the merchants who were there at that time," Embarek previously told the Global Times.

Although it is too early to reach a conclusion, the possibility that the coronavirus was passed on from cold-chain products into Wuhan, or more specifically, to the Huanan wet market, where the sale of frozen products was once prevalent, cannot be ruled out.

To research this hypothesis, Global Times reporters had previously visited Wuhan and spoke with merchants from the Huanan Seafood Wholesale Market, where the earliest cluster infections in the country were reported, as well as prominent virologists and epidemiologists.