CHINA Why are the government new media platforms booming in China

Why are the government new media platforms booming in China

With the development of mobile internet, the Chinese social governance model is shifting from one-way management to two-way interaction, from offline to the integration of online and offline government services, from one-fold government regulation to social coordination-oriented governance. The Chinese government, at all levels, is establishing government new media platforms to embrace the trend. 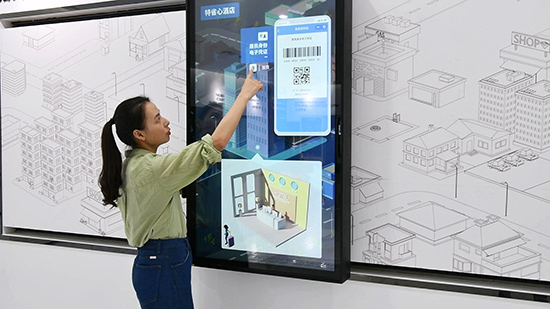 After a rapidly developing decade, the accessibility of government new media for hundreds of thousands of people has improved

On November 2, 2009, the first government microblog account ,@Tao Yuan Net was created. Only after 19 days, the publicity department of Provincial Party Committee of Yunnan Province opened the account, @weibo of Yunnan to respond to the mass incident happening in Luojing Bay wholesome market of Kunming. The first attempt of news releases by“Government Weibo” drew attention and gained praise from society.

Four years later, the General Office of the State Council released a document on October 2013, defining the initial "government new media" as government microblog and WeChat.

Since then, the government new media platforms have sprung up, forming a large presence on the internet. According to a statistical report released by CNNIC (China Internet Network Information Center), China had 139,000 microblog accounts of government new media on the Sina platform by June, with the number of WeChat city services users reaching 620 million. The government microblogs and WeChat city services have been opened in China's 31 provinces (including autonomous regions and municipalities). In addition, the number of online government services users has reached 509 million, accounting for nearly 60 percent of all netizens.

Enhancing the government work disclosure, the time of responses were shortened to within three hours

In November 2016, the General Office of the State Council issued a document to improve the information disclosure system, stressing that information on resolving major situations, public emergencies should be released within five hours at the latest. A press conference will be held within 24 hours, and authoritative information should continue to be released. The person in charge should take the lead in responses and interpretation. Previously, the press conference on major emergencies should be held within 24 hours at the latest, and other public opinions should be responded to within 48 hours.

Since the time for responses shortened from 48 hours to 24 hours, and then to within three hours, the take-off of government new media has improved the quality of responses. Huang Chuxin, deputy director and secretary general of the New Media Research Center of the Chinese Academy of Social Sciences, said: "The government's new media should serve as a bridge to reduce the contradictions among the people in life and work, and also provide good services for the governance of the nation."

Since the first public security microblog was opened in Guangdong in February 2010, the Ministry of Public Security has extended the mass work of public security organs from “face-to-face” to “key-to-key”.

During the Spring Festival from 2016 to 2019, the Ministry of Public Security deployed the national public security new media to carry out the "I am on the job" linkage report, to timely inform the public security situation during the holiday season, and to continue to issue holiday safety tips, which won the praise of the majority of netizens.

Over the past 10 years, the New Media Lab of the Communication University of China has continued to conduct a follow-up study on the dynamic practice of multiple government microblog accounts. The results show that there are more than 1 million effective netizens’ appeals for online acceptance and disposal of these accounts. Among them, “people and government related microblogs” are widely known and praised by the public, including @Hunan Public security and @Xinjiang Inspection, etc.

Hou E, director of the Academy of Media and Public Affairs, said,“The administrative practice of online interactive service between government and citizens not only smoothes communication channels and assists decision-making, but also significantly promotes the transformation of government functions and service styles. It has improved the efficiency of government services, saved administrative costs, and enhanced the people’s real sense of belonging, security, sense of gain and happiness.”

“Online government at your fingertips”: everything is done without leaving home

Nowadays, in many places in China, “online government at your fingertips”, which is beneficial to enterprises and people. It is quietly taking shape, and people can enjoy government services without leaving home.

Xie Yuanzheng, a 70-year-old veteran captain of China Eastern Airlines, lives in Shanghai. Recently, he was deeply impressed, “We used to queue up for a long time to get driver's licenses and pay fines. Thanks to Citizen Cloud app, this all can be done easily. And since September 1 this year, with electronic driving license, the book version is not needed. The change is so great that I could never imagine it decades ago!”