CHINA Why China's five-year plan matters to the world

Why China's five-year plan matters to the world 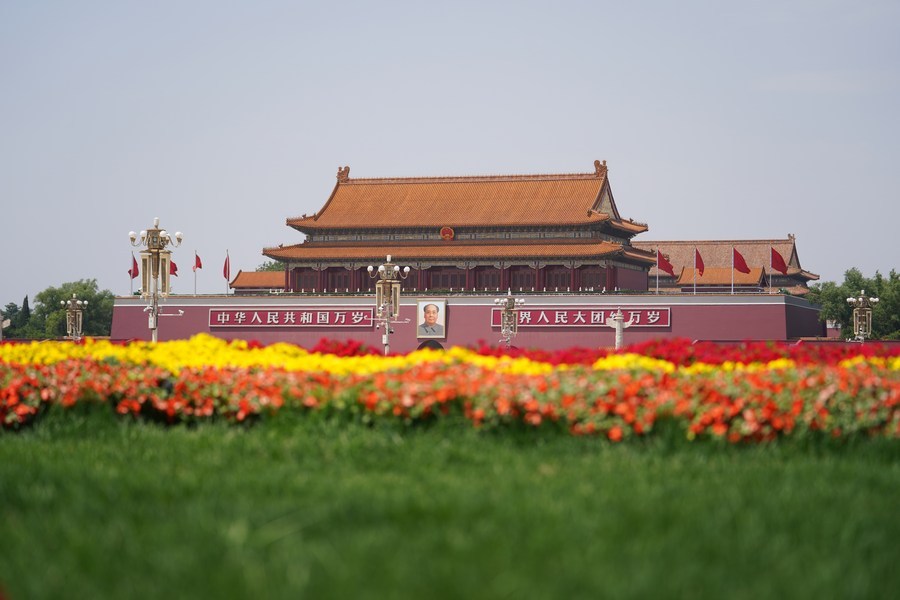 Photo taken on May 28, 2020 shows a view of the Tian'anmen Square in Beijing, capital of China. (Xinhua/Xing Guangli)

The proposals of China's 14th Five-Year Plan (2021-2025) for economic and social development will be assessed during the fifth plenary session of the 19th Communist Party of China Central Committee later this month. This top-level policy blueprint bodes well for the country and will help bring certainty to the world.

The five-year plan model represents China's valuable development experience, which stresses optimizing economic governance with a holistic approach and striking a dynamic equilibrium among multiple targets. For those interested in China's development miracle, it is important to understand how the country's five-year plans are formulated.

First, China's planning reflects a clear development roadmap of a country with nearly one-fifth of the world's total population, including 400 million middle-income earners. China's stable development benefits the world. The Chinese leadership has been steadfast in approaching major issues concerning China's development from a long-term, strategic and systematic perspective. Its unique five-year planning mechanism has ensured the country's gradual and concrete steps toward its goal of modernization, providing predictable opportunities to the world.

Moreover, based on broad social consensus, the country's five-year plan features stable and consistent policy, bringing a desired degree of certainty to overseas investors. The decision-making process involves input from thousands of think tanks, government agencies, universities, prominent scholars and professionals. It also takes into account extensive consultations from primary-level representatives. From Aug. 16 to 29, over 1 million suggestions for the 14th Five-Year Plan were received from netizens, providing valuable input for the decision-making process.

As the process demonstrates, China's five-year plans are not designed to attract votes or score political points as is done in the West by some politicians. They are aimed at realizing the people's aspirations for a better life.

Once a plan is decided, the leadership ensures its implementation. The country has targeted measures to perform tasks outlined in the plan and a strict supervision mechanism to make sure the goals are achieved. Development goals set for the 13th Five-Year Plan period (2016-2020) are about to be accomplished as scheduled, evidence that the leadership keeps its promises.

China's well-designed planning and implementation model serves as a key reason for the country's consistent economic growth over the decades. Meanwhile, its long-term prosperity provides great opportunities to foreign companies.

During the 13th Five-Year Plan period, China's business environment has seen remarkable progress, with lowered business operating costs and optimized services for enterprises. Foreign firms' confidence in the Chinese market was strengthened and many have expanded their footprints in the country.

When formulating the 14th five-year plan, China will make more efforts to build a new development pattern, deepen reform and opening up, and forestall and defuse major risks and challenges.

The five-year plans also play a significant role in achieving common development and solving global issues. For instance, the country plans to set a carbon intensity target in the 14th Five-Year Plan in accordance with goals to have CO2 emissions to peak before 2030 and achieve carbon neutrality before 2060, a concrete step to tackle global climate change.