CHINA Why does US fear CPC and Chinese media, if it believes in itself: FM

Why does US fear CPC and Chinese media, if it believes in itself: FM 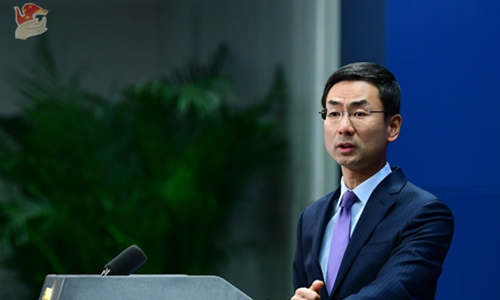 If the US is a firm believer in its own system, as it claims, then why is it afraid of the Communist Party of China and Chinese media, asked a Chinese Foreign Ministry spokesperson on Friday.

When asked if Chinese media organizations being cracked down by the US are government-sponsored, while US media organizations sanctioned by the Chinese government are "real media", Geng Shuang, the spokesperson for China's Foreign Ministry, said that each country has its own way of managing media operations.

"Why does the US baselessly judge other countries' media from its own ideological point of view, and why does it mislabel and slander Chinese media?" said Geng.

He further said that the US has been using excuses to crack down on Chinese media and Chinese institutes on US soil, and expel Chinese reporters.

"China has no intention to change the US political system, but it hopes the US could respect China's system," said Geng.

Geng said if the US is a firm believer in its system, and it believes that Western democracy will finally prevail, "why is it afraid of the Communist Party of China and Chinese media?"

Geng said he wishes the US side could abandon the "political virus" originating in its ideological bias and stop slandering the CPC and Chinese media.