Why Finland becomes first country to start year of winter sports with China?

Chinese President Xi Jinping held talks with Finnish President Sauli Niinisto at the Great Hall of the People in Beijing on Monday and agreed to work together to write a new chapter in bilateral ties. After the talks, the two heads of state attended the inaugural ceremony of the 2019 China-Finland Year of Winter Sports. 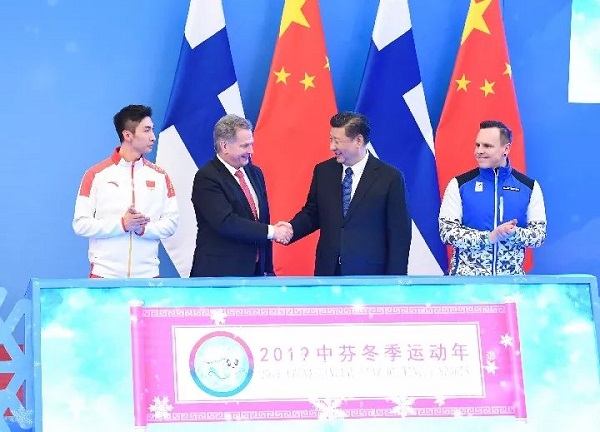 The West Hall of the Great Hall of the People, always with a solemn appearance, was dressed up with elements of ice and snow to set the theme of winter sports. The Chinese giant panda and the Finnish reindeer are seen against the backdrop of snow. 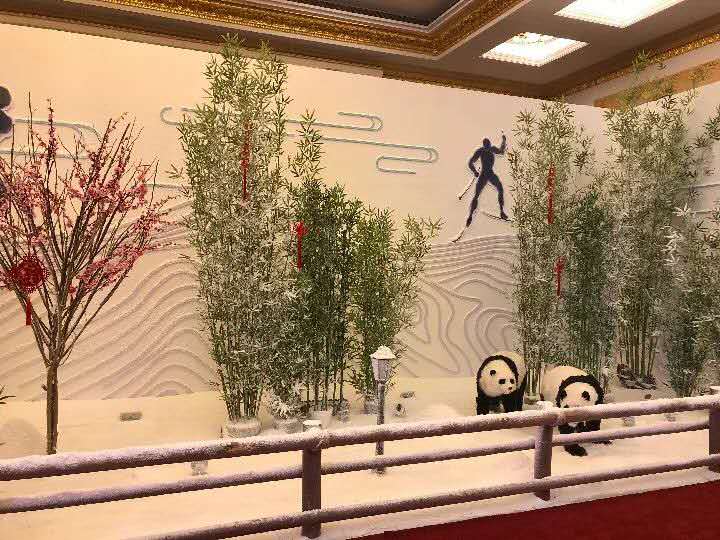 Finland becomes the first country to start the year of winter sports with China. Why Finland? Xi explained.

"During the 1952 Helsinki Olympic Games, the People's Republic of China made its debut at the Olympic Games, and for the first time China's national flag was raised at the Olympic arena. I believe the 2019 China-Finland Year of Winter Sports will boost the two countries' sports cooperation, inject new vitality to people-to-people exchanges, and further advance the future-oriented new-type cooperative partnership between China and Finland," Xi said. 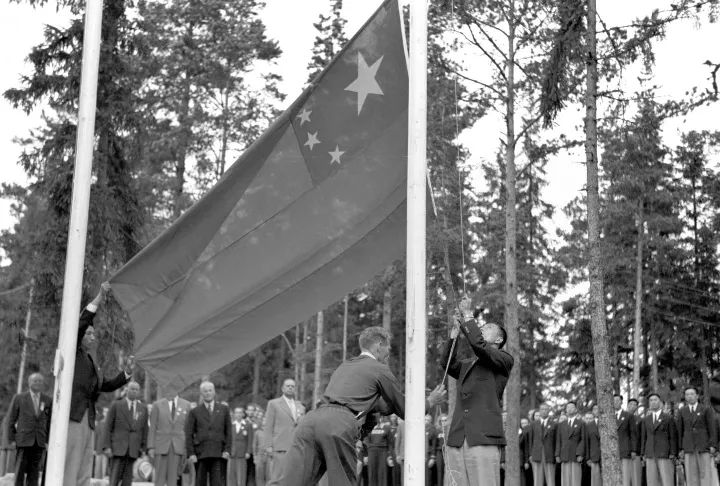 The fifteenth Olympic Games were held in Helsinki, the capital of Finland, from July 19 to August 3, 1952. The Chinese delegation to the Games held a flag-raising ceremony after arriving in Helsinki on July 29.

67 years ago, China and Finland were linked by the Olympics. Since Beijing was elected as the Host City of the Olympic Winter Games of 2022 in 2015, China’s winter sports have developed rapidly and the Chinese people’s enthusiasm for winter sports has continued to rise. The two peoples have the opportunities to share happiness and friendship through winter sports.

It is no wonder that Xi said he hopes the two sides forge a model of winter sports cooperation.

China-Finland winter sports cooperation has not only a sense of ritual, but also concrete action. China and Finland announced their joint work plan for the next four years on Monday and released a series of cooperation measures, including the Beijing Sport University setting up a China-Finland Winter Sports College, China’s General Administration of Sport and Finland’s Ministry of Education and Culture cooperating around the Olympic and Paralympic Winter Games Beijing 2022 and explore the possibility of continuing to promote cooperation in winter sports development after Beijing 2022.

In April 2017, Xi visited Finland. Chinese and Finnish skaters who had just participated in the World Figure Skating Championships gave sportswear to the two heads of state at the welcome banquet hosted by the Finnish President and his wife. 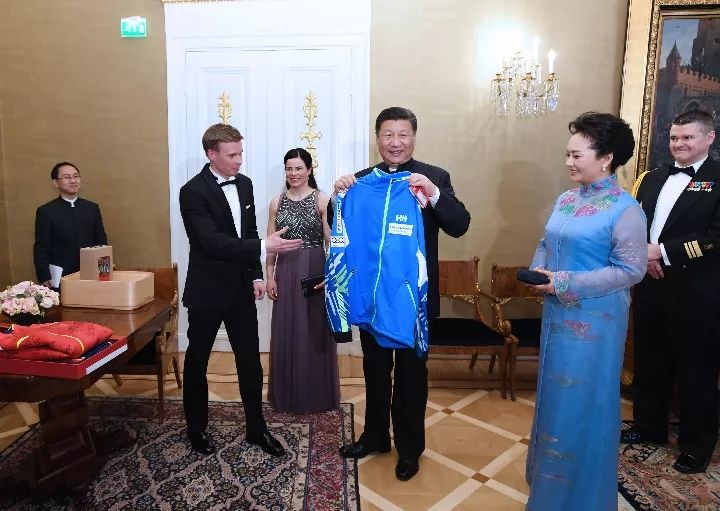 Chinese President Xi Jinping and Finnish President Sauli Niinisto met with representatives of the Chinese and Finnish winter athletes on April 5, 2017. This picture shows a Finnish athlete giving sportswear to Xi and his wife Peng Liyuan.

Xi has expressed his love for winter sports on many occasions.

In an exclusive interview with Russian media in Sochi in 2014, Xi once praised ice hockey, saying that the sport requires not only personal strength and skills but also teamwork and collaboration and it is a good sport.

In February 2017, President Xi came to Wukesong Sports Center, which will host the ice hockey competition of the Beijing 2022. After watching the youth ice hockey and figure skating training, he told the young players about his skating experience at Shichahai in Beijing and his memories of the skating shoes his family gave him when he was young. 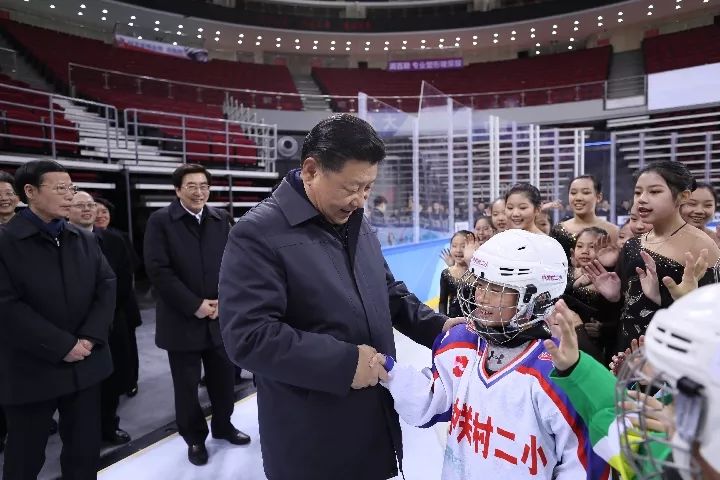 Niinisto expressed Finland’s support for China in hosting the 2022 Beijing Winter Olympic Games and said that he is glad Finland becomes the first country to launch the Year of Winter Sports with China, and he believes this will further promote friendship between the two countries.

“China is on its way of becoming a big power in winter sports and Finland is willing to lend a helping hand,” Niinisto said.