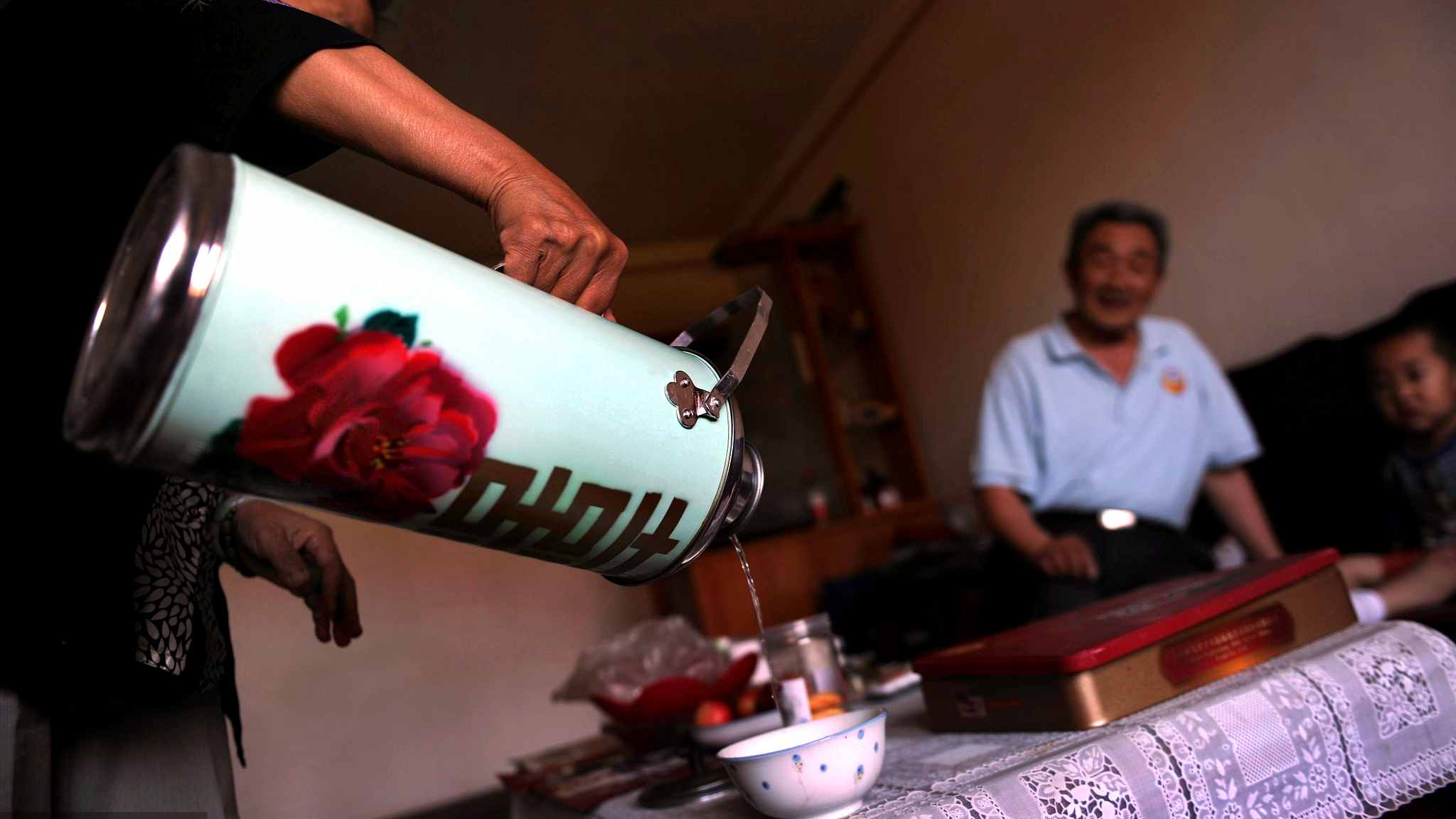 In China, if you feel sick and go to see a doctor, you can't miss the advice to "drink more boiled water and you'll be fine."

And on your way home, if you stop at a restaurant and ask for a cup of water to quench your thirst, you'll mostly get hot liquid.

Is that odd? No, Chinese drink boiled water not only when they feel sick, but even during summer almost every day.

A Japanese monk, Ennin (793-864AD), who came to China during the Tang Dynasty (618-907AD), found in Shandong Province that local folks only ate cold food and distinguished guests were treated the same way.

This was due to the shortage of fuels including wood and charcoal.

Yingzheng, the First Emperor of Qin Dynasty (221-207BC), started the first centralized empire in China in 221BC. While the agricultural sector developed, the population also increased sharply, leading to the expansion of farmlands.

A large number of wooden buildings and iron along with low efficiency and a high cost of charcoal also led to a shortage of charcoal for heating.

The shortage of fuels, however, brought out a new business -- teahouses in the Song Dynasty (960-1279AD). Tea businessmen would deliver boiled water to one house after another every day. But many people only bought the water when there was someone sick or bought only for the elderly and children as a result of the high expense.

People in the early Qing Dynasty (1644-1912AD) would put alums in ice water so as to disperse impurities, but they didn't notice that the practice didn't work.

In the 1920s, the Beijing Police Bureau urged folks that cold water from wells should be boiled to kill most of the germs. In the 1930s, the military forces were not allowed to drink raw and cold water. At the same time, the Ministry of Health suggested that people in China should not drink cold water.

In more developed cities like Shanghai, many people began to abandon cold water, following the development of boiled water houses. But most poor people living in the rural areas still drank cold water.

According to a survey from a scholar studying the transformation of Chinese society, there were only two thermos bottles in eleven villages in 1930, and in 1946, the number was 18 for 2,595 families.

Boiled water became a go-to beverage in the 1990s

It became more common to see people drink boiled water after 1949 when the People's Republic of China was founded. The government appealed constantly for people to drink boiled water instead of cold water in promotion via health books in rural areas.

In the cities, boiled water departments were founded in many companies and institutions. Citizens bought boiled water through a ticket. In rural areas, boiled water was supplied in public canteens for a short time (1958-1960), as a result of the decline of malaria and diarrhea. Though the advice was later withdrawn, the idea of drinking boiled water was deeply ingrained in people's minds.

From the 1970s to 1990s, a large number of biogas digesters, which convert bull and pig waste to a clean gas that can be pressurized, were built to enable cooking and the boiling of water.

As the economy in China developed sharply, people's awareness of health strengthened and nationals came to believe that boiled water is an important beverage for health and fitness.

In Chinese medicine, boiled water is believed to be almost without germs and viruses.