CHINA Why is Mukbang so popular online?

Why is Mukbang so popular online? 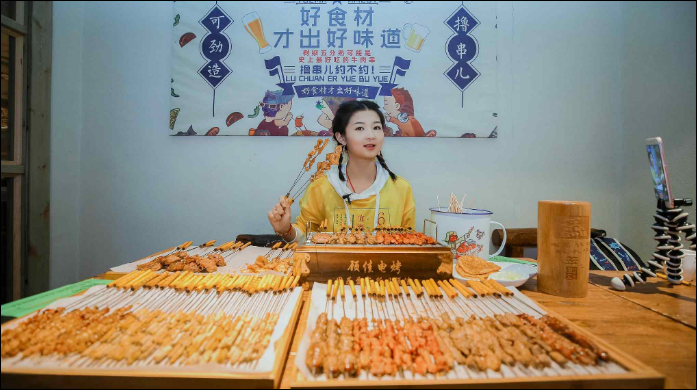 ‍Have you heard of Mukbang?

Mukbang, or Meokbang, is a combination of the South Korean words “meokneun” (eating) and “bangsong” (broadcast) and is about a host who eats a gigantic amount of food in front of the camera while interacting with an audience. The trend originated in South Korea around 2010 on YouTube and has since taken off globally.

At the beginning of Mukbang live streaming, some viewers thought that it was something fresh and funny, but also many viewers still do not understand why it remains so attractive that thousands of viewers can watch a host eat for hours online even if they do not understand the language of the host.

So why has the concept of Mukbang become a trend on social media?

Mukbang is not only a reference to an “eating show” but it has become a significant avenue to study and share delicacies and rituals in the digital arena.

Besides, demographic changes have led to the growth of the proportion of people who live alone, so some may try to forget their loneliness by watching Mukbang. In effect, they don't have to eat alone.

Mi Zijun, a Chinese Mukbang star, has 6.4 million followers on Weibo. During a Pingwest interview, she said she often receives messages from fans who thank her for sharing and eating "together" with them.

In China, top Mukbang stars have millions of fans on Weibo and have successfully established themselves on various online media platforms.

The main sources of income for Mukbang hosts come from "rewards" from fans during the one to two hours of live streaming. These are usually represented by “flower”, “luxury car” or “rocket” icons, and then the broadcaster will share the revenue with the platforms.

They can also get a signing fee from popular social media platforms or secure advertising for their shows.

Mukbang is a double-edged sword. Critics say it can encourage and normalize eating disorders like bulimia, BBC reported.

Most popular Mukbang hosts portray bad eating habits on their shows but have a beautiful appearance and look very skinny. Banz, who has millions of fans on Youtube, claims he will exercise up 12 hours a day to burn all the fat off.

Another star Shoogi said that she usually uses the emetic method to help her stay slim.