More college graduates in China are opting to work in lower-tier cities to pursue a less stressful and more stable lifestyle, according to a new report. 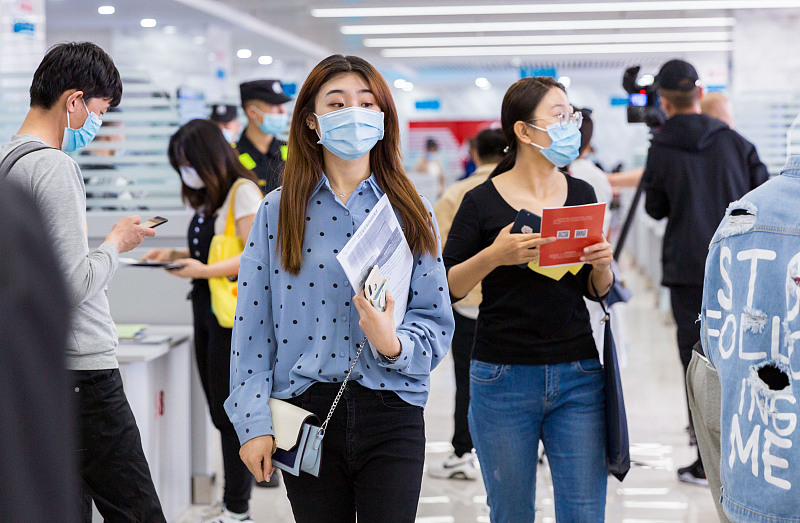 In 2021, about 27 percent of college graduates chose to work in the 15 "new first-tier" cities (cities with the potential to become first-tier cities), such as Hangzhou, Suzhou, Chengdu, Ningbo and Wuhan, up three percentage points from 2017.

About 18 percent of college graduates chose to work in first-tier cities – Beijing, Shanghai, Guangzhou and Shenzhen – in 2021, down four percentage points from 2017, according to the report.

The report, based on a survey of 125,000 college graduates, was conducted by MyCos, a higher education management data analysis company.

Zheng Zhengxin, a 25-year-old master's graduate student from Communication University of China in Beijing, started a job in Hangzhou after graduating in June. "I got some offers from Hangzhou and Beijing, but I chose Hangzhou at last, considering the high rental prices and the extremely high property prices in Beijing that I can't afford," Zheng said.

Hangzhou's housing prices are not that high, the city's policies are very friendly to college graduates and it offers employment subsidies to fresh graduates who chose to work there, he added. "I do not want to tie myself and my family on a house in a first-tier city, and I want to spend my money and time on other leisure activities, with my friends and family and enjoying life."

Except for high rent and housing prices, difficulty of obtaining a local permanent residency or "Hukou" in some first-tier cities like Beijing or Shanghai also caused some graduates to leave. After working in Shanghai for three years, 26-year-old Wang Juan, from east China's Anhui Province, left Shanghai for Nanjing in 2022 mainly due to "Hukou" problems.

"Although buying a property is out of reach for me, what troubles me most is the difficulty of getting a Shanghai "Hukou," as it may limit some rights of mine in buying houses, applying for some certain kind of jobs and even the education situation of my child in the future."

"I heard too many stories of people leaving Shanghai because of the 'Hukou' problem. After much thought, I decided to move to Nanjing, as it's easy to settle down and a more affordable choice for me."

Wu Yuhao, a 28-year-old PhD graduate from Jilin University in Changchun in northeast China, started his career as a university lecturer in prefecture-level city of Weifang in east China's Shandong Province. "I can't manage well the fast pace and high pressures of life in the urban jungles, and that is not the way of life I wanted. I like it being here, maintaining work-life balance, and not far from my parents."

The number of urban jobseekers in 2022 is the highest in years, and includes a record 10.76 million college graduates. Chinese authorities have pledged improved career services for university graduates, amid efforts to bolster employment.