CHINA Why the call for expanding BRICS matters

Why the call for expanding BRICS matters 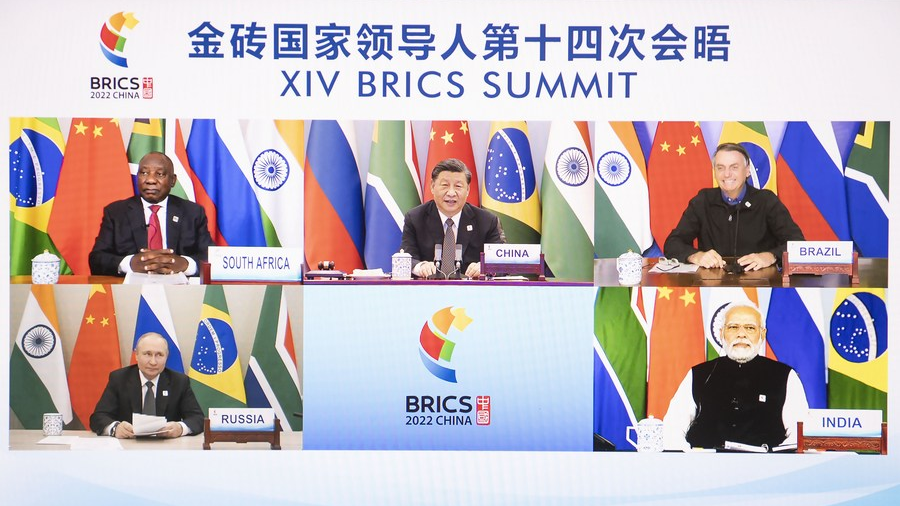 The BRICS cooperation mechanism held its 14th summit virtually on Thursday. Hosted by China, the summit was themed "Foster High-quality BRICS Partnership, Usher in a New Era for Global Development." It is China's third time as rotating president of the quintet of emerging economies – Brazil, Russia, India, China, and South Africa – following 2011 and 2017.

At an online meeting of foreign ministers on May 19, China's Wang Yi proposed to expand the group to several other emerging developing countries, more than a decade after South Africa joined the original four members in 2011. The ministers issued a statement supporting the addition of new members and indicated they would hold further discussions.

Wang reiterated the significance of the "BRICS Plus" cooperation model – proposed by China at the 2017 summit it hosted in the southeastern city of Xiamen – of dialogue with other major developing countries to establish a more extensive partnership. The proposal is meant to widen the "friends circle" of BRICS to turn BRICS into the most influential platform for South-South cooperation – cooperation among developing countries of the Global South – and open up a brighter future for economic development and social progress of all developing countries.

With the world's two most populous countries in the group, BRICS together account for 40 percent of the world's population and 18 percent of global trade, in addition to attracting 25 percent of global foreign investment. In a speech at the 2017 summit, Chinese President Xi Jinping called economic cooperation the "foundation" of the BRICS mechanism and encouraged exploration of "new ways and new areas of practical cooperation."

Ahmadou Aly Mbaye, a Senegalese economist and president of Cheikh Anta Diop University of Dakar, said BRICS provides an opportunity for Africa to better integrate into the world economy as "African countries (have) felt excluded from the international system."

Africa has been the least-funded continent during the COVID-19 pandemic, Mbaye told CGTN, as liquidity circulates in economies in Europe and North America. African countries' limited access to international financing is because international rating agencies "overestimate the level of risk in African countries," he said.

Macky Sall, the Senegalese president and the chairman of the African Union, a union of 55 nations, expressed similar views. Sall complained in May that the "sometimes very arbitrary" ratings by international agencies exaggerated the risks of investing in Africa, heightening the need for a pan-African rating agency. 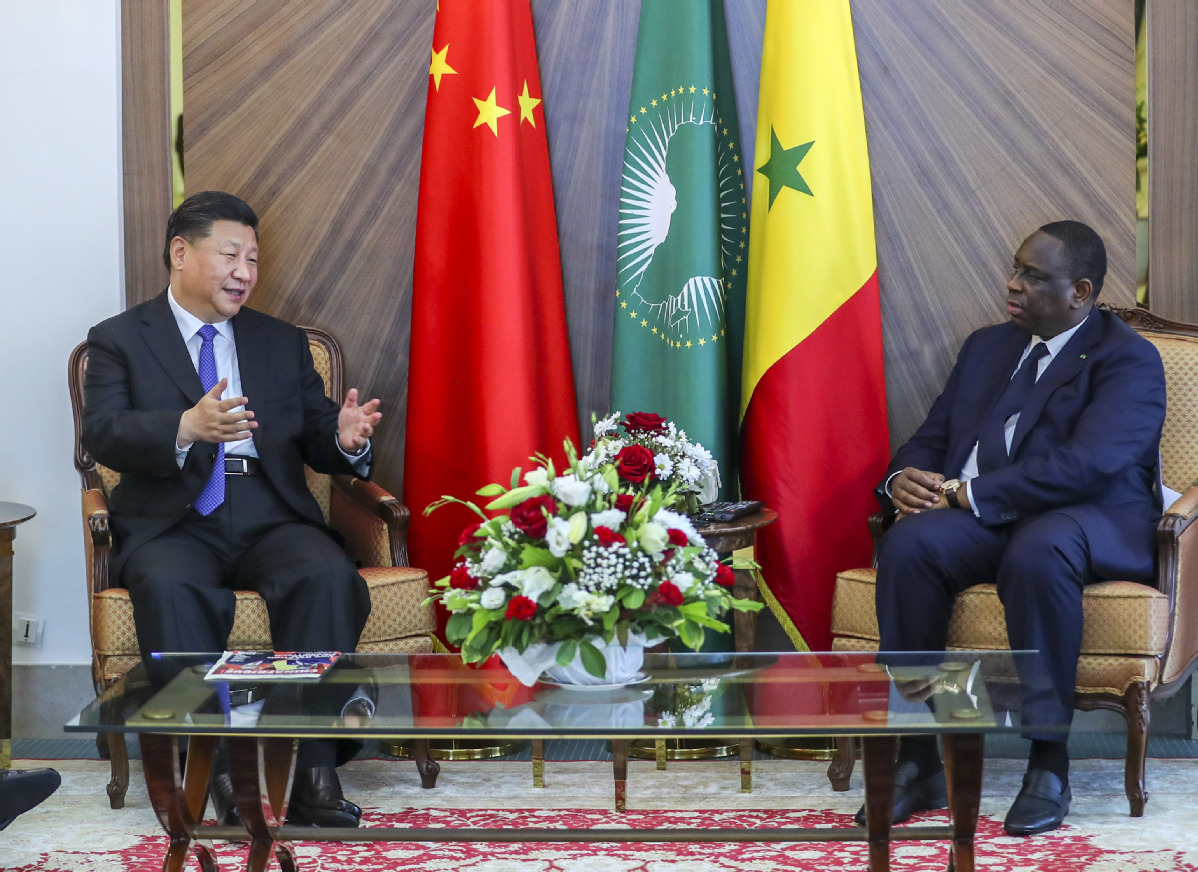 But, cooperation with China has helped Senegal through difficulties since Chinese financing is not based on the ratings of agencies, Mbaye said. Funding for projects such as the Ila-Touba highway – the West African country's largest road project since its independence in 1960 – greatly enhanced Senegal's infrastructure, which Mbaye considers the most crucial area for national development. Senegal was among the countries that attended the BRICS foreign ministers meeting in May, where Wang said that more countries are welcome to join "BRICS Plus."

To enhance the financial resilience of developing countries, BRICS established the New Development Bank (NDB) and the Contingent Reserve Arrangement (CRA) in 2014. The NDB supports not only BRICS countries but other under-served economies that need aid in infrastructure and sustainable development. The bank currently has nine members, the BRICS nations, Bangladesh, United Arab Emirates, Egypt and Uruguay. 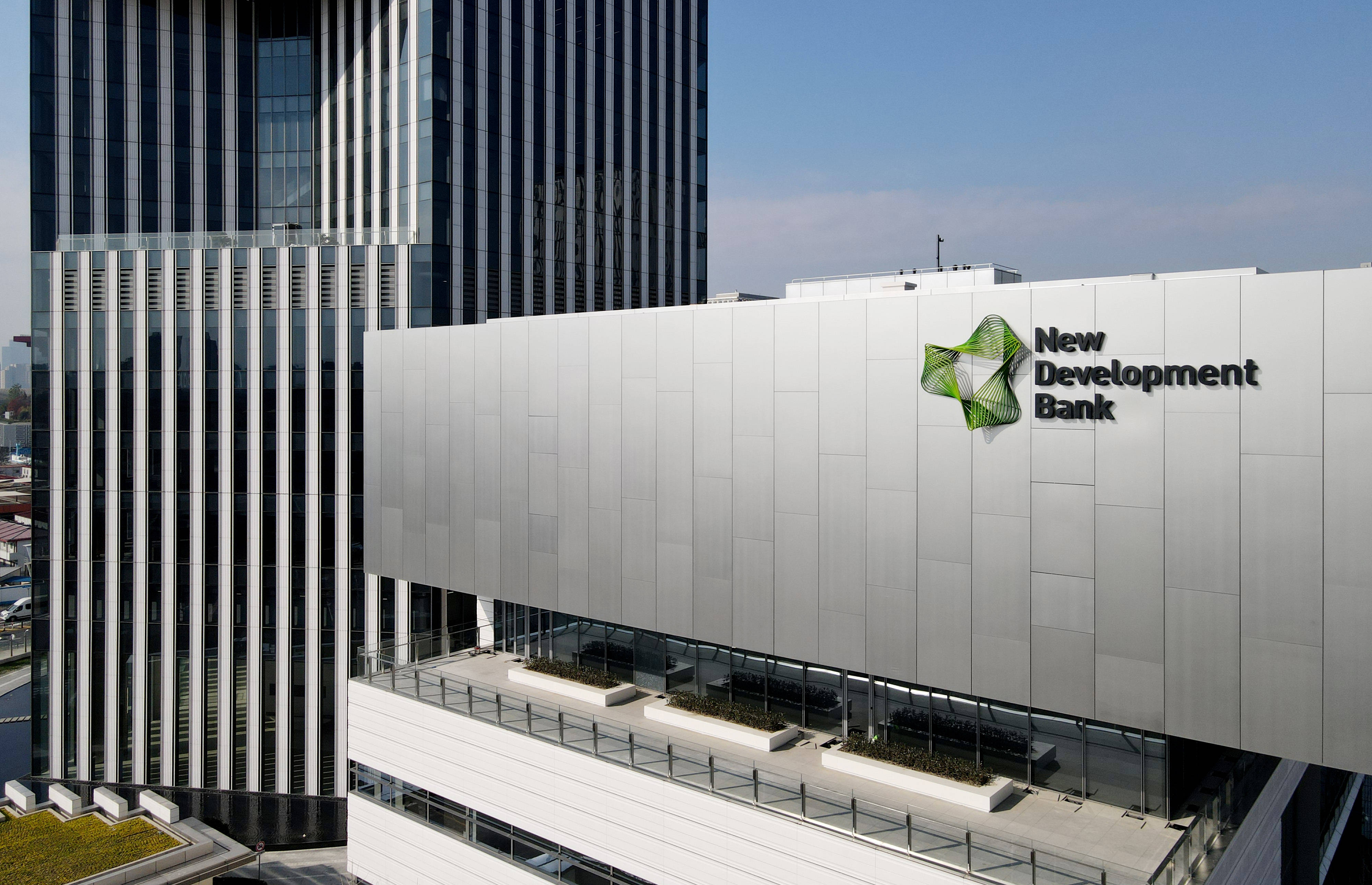 Against the backdrop of rising geopolitical tensions, a devastating pandemic and other global uncertainties, China's proposal of "building a community with a shared future for mankind" stuck a resonating cord among developing countries around the world, said Gert Grobler, a South African diplomat.

At the 76th UN General Assembly session in 2021, Xi proposed the Global Development Initiative (GDI), calling on countries to work together to overcome the pandemic's impact on global development and accelerate the implementation of the UN 2030 Agenda for sustainable development.

The GDI is "in sync" with the development goals of the BRICS countries, said B. R. Deepak, an Indian sinologist who chairs the Center of Chinese and Southeast Asian Studies at the Jawaharlal Nehru University, in an interview with Xinhua. Through "pragmatic cooperation," BRICS countries can respond to global challenges in a more "efficacious" way, Deepak said, noting that China's experience in poverty alleviation would help countries like Brazil, India and South Africa in tackling their poverty.

"It reflects and supports the long-cherished aspirations of not only the Chinese people, but also the common yearning of the people all over the world, to live in peace, security and prosperity," Grobler told CGTN.