CHINA Why these four Hong Kong lawmakers were first disqualified?

Why these four Hong Kong lawmakers were first disqualified? 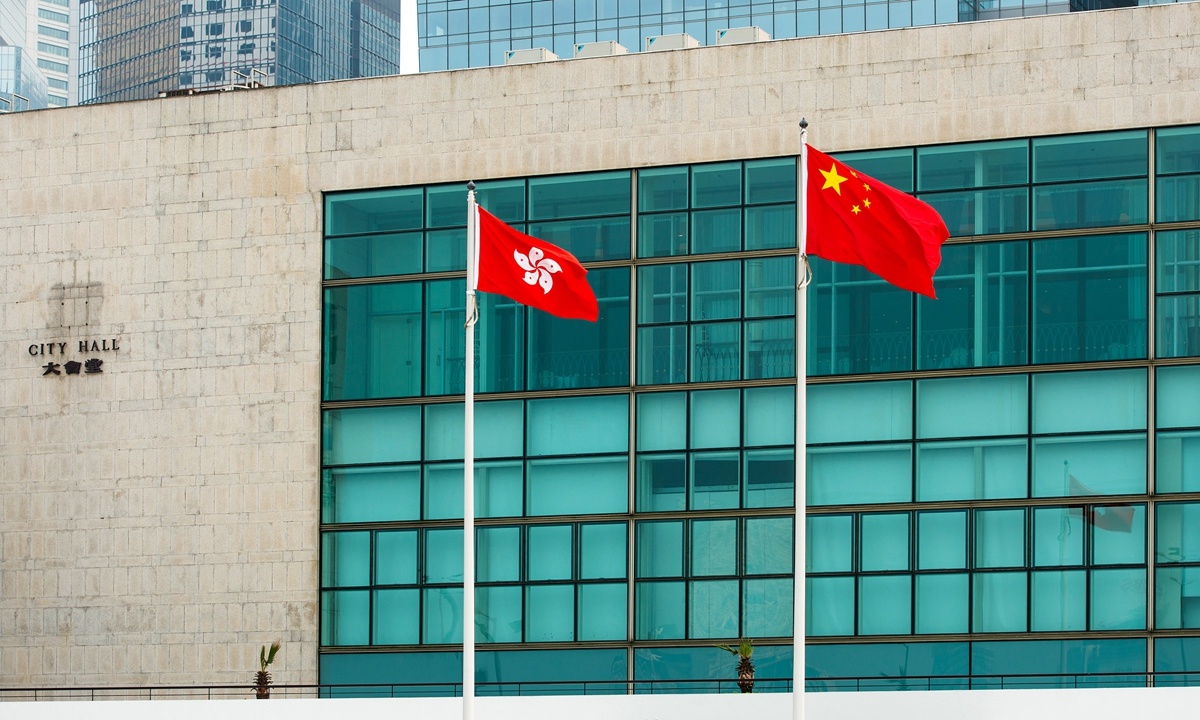 In their stained history, these four were among the most vocal lawmakers who openly oppose central government, Hong Kong SAR government and the newly enacted national security law. They also were seen repeatedly colluding with foreign forces, even begging them to pass laws to sanction Hong Kong.

Lawmakers will be disqualified immediately after going through legal processes if they advocate or support "Hong Kong independence," refuse to admit China's sovereignty over the HKSAR, seek foreign interference in Hong Kong affairs and endanger national security, or fail to uphold Basic Law and local regulations.

In June 2020, Alvin Yeung Ngok-kiu made public opposition against the national security law for Hong Kong on behalf of Hong Kong Civic Party, claiming that the Chinese central government laying out the law for Hong Kong is like stabbing a sharp knife into Hong Kong judicial and administrative departments.

In August 2019, Yeung and Dennis Kwok Wing-hang visited the US and claimed that their visit was aimed to advocate the "five key demands" raised by Hong Kong protesters.

In July 2017, Yeung said that the "one station, two systems" conducted at joint checkpoint of Hong Kong-Shenzhen-speed rail line is no difference to ceding territory and the one-hour-living-circle created by the line is "one-hour-arrest-circle."

Dennis Kwok Wing-hang from Civic Party has long been publically support violent rioters since Hong Kong was engulfed by violence last year. Moreover, Kwok has participated in paralyzing the LegCo for seven months, after he colluding with certain anti-government lawmakers to disrupt the operation of LegCo.

Kwok's Civic Party has publically announced on March and June this year that Hong Kong chief executive Carrie Lam must include five demands raised by the Hong Kong rioters in her policy address this year, otherwise, lawmakers from Civic Party will deny all government proposals and allocation plans.

Kwok and his party have always publically supported the passing of Hong Kong Human Rights and Democracy Act, which was used by the US to suppress China. Kwok was also reportedly talking to US Vice President Mike Pence and US House Speaker Nancy Pelosi March 2020 about Hong Kong's affairs, and he also traveled to the US to meet local officials, and urging them to implement sanctions on Hong Kong, as well as Hong Kong officials, and pushing the passing of the above-mentioned act.

In July 2020 when the national security law for Hong Kong was enacted, Kwok denounced the law as violating human rights, freedom and law. He also said the law is to "inject fear inside every Hong Kong people," and openly and repeatedly opposed the law.

As for colluding with foreign forces, opposition lawmaker Leung Kai-cheong went further. He handed to the US a proposed list of sanction when participating in a seminar with other two opposition lawmakers in the US in March 2020.

After they were back to Hong Kong, they held a press conference in which they explained in details the Hong Kong officials who would be sanctioned, and joined hands with other political organizations to persuade the US to implement sanctions.

Leung's organization, the Professionals Guild, published an article in March after they went back to Hong Kong, and said the US has the right to sanction Hong Kong.

In June 2020, Kwok Ka-ki published an article on Apple Daily, claiming that the national security law for Hong Kong is "even vicious than the Hong Kong Basic Law Article 23."

In July 2019, some radical protesters besieged the Liaison Office of the Central People's Government in Hong Kong SAR and tarnished the national emblem of China. In his interview with media over the issue, Kwok Kai-ki blamed the central government for the incident instead of criticizing the protesters' vandalism.

In November 2017, Kwok Ka-ki announced to stand for election as a deputy to the National People's Congress (NPC), claiming that he would apply with the NPC to cancel the Decision of the Standing Committee of the National People's Congress on Issues Relating to the Selection of the Chief Executive of the Hong Kong Special Administrative Region by Universal Suffrage and on the Method for Forming the Legislative Council of the Hong Kong Special Administrative Region released on August 31, 2014. He also expressed opposition against previous explanation of the NPC Standing Committee on laws related to Hong Kong.