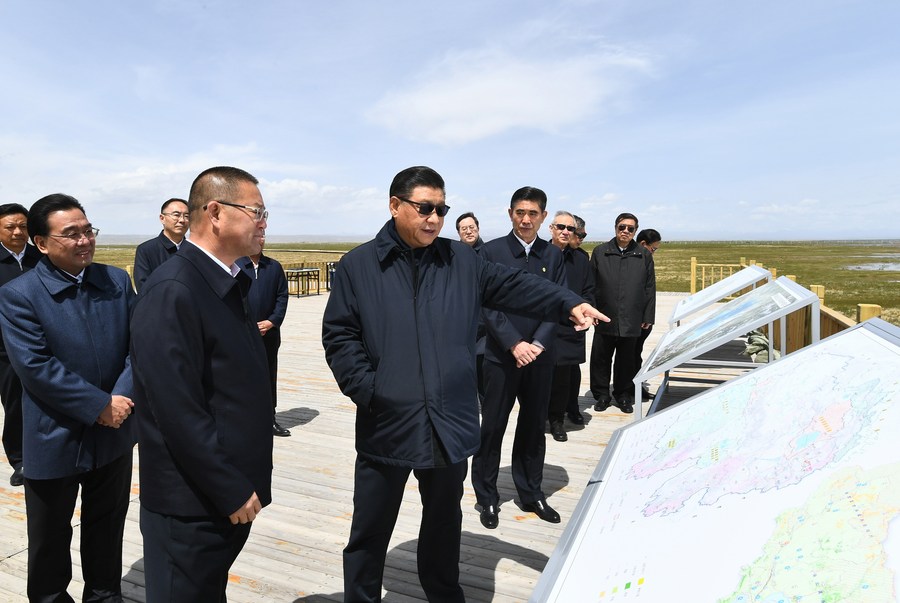 XINING, June 9 (Xinhua) -- Xi Jinping, general secretary of the Communist Party of China Central Committee, has pointed out that the northwestern plateau province of Qinghai plays an important strategic role in ecological civilization.

As part of his inspection tour of the province, Xi, also Chinese president and chairman of the Central Military Commission, on Tuesday came to Qinghai Lake, the country's largest inland saltwater lake, where he inspected achievements made in comprehensively addressing environmental problems and protecting biodiversity.

Xi has on various occasions highlighted the critical and special role of Qinghai's ecology. 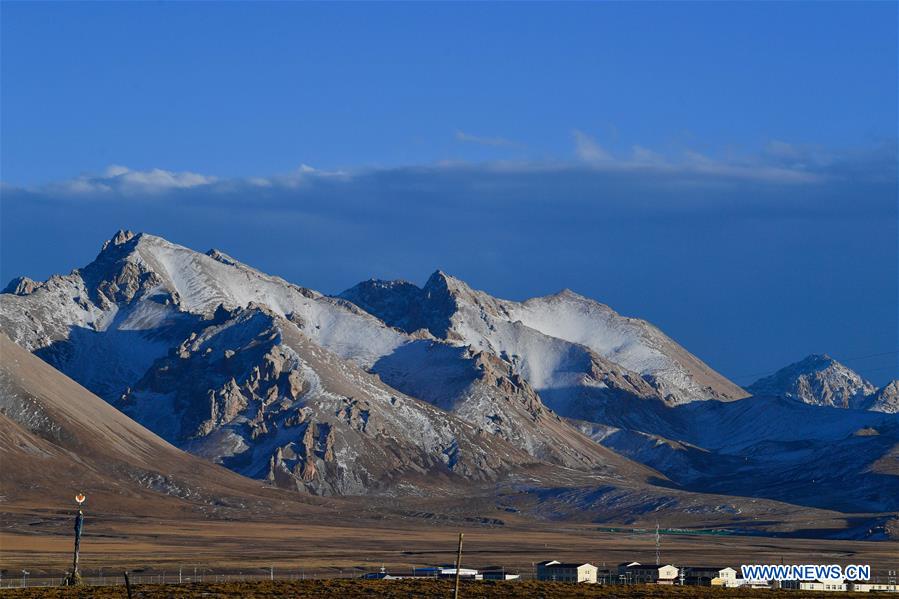 Dubbed "the water tower of China," Qinghai is home to the Sanjiangyuan (Three-River-Source) area, where the three major rivers -- the Yangtze River, the Yellow River, and the Lancang River -- originated.

When joining a deliberation with lawmakers from Qinghai at the annual meeting of the National People's Congress in 2016, Xi underlined the importance of preserving the Sanjiangyuan and the "water tower of China" to make sure water there is clear.

Over the years, Qinghai has shouldered its responsibility of ecological protection and pioneered many green development programs.

In 2016, the province kicked off a pilot project to establish the Sanjiangyuan National Park, the first to pilot the national park system across the country.

"By implementing the national park system, China aims to maintain the primitiveness and integrity of natural ecology, protect biodiversity and ecological security, and preserve precious natural assets for future generations," Xi once said.

Data from satellite remote sensing show that since the ecological protection of the Sanjiangyuan National Park was launched, the size of Gyaring Lake and Ngoring Lake, two major lakes at the headwater of the Yellow River, has increased by 74.6 square km and 117.4 square km, respectively, and 104 square km of wetland areas have been newly added.

To solve prominent problems such as over-exploitation of mineral resources in Qinghai, the coal mines in some mining areas have been completely shut down for rectification, and measures have been taken to restore the ecology.

Such efforts have also boosted local biodiversity as well as people's awareness of ecological protection.

At this year's national legislative session, Xi was presented with photos of a snow leopard and a Chinese desert cat -- rare species that were spotted in the Qilian Mountains that stand across the border of Qinghai and Gansu provinces.

Qinghai's green transition has proved that environmental protection never gets in the way of development but offers potential for more sustainable, high-quality growth.

He urged Qinghai to implement the innovation-driven development strategy based on its advantages and resources, and work to build itself into a highland of clean energies, a destination of international eco-tourism, and a source of green and organic farm and livestock products.

"Let lucid waters and lush mountains always be the advantage and pride of Qinghai, benefiting the people and future generations," he said.