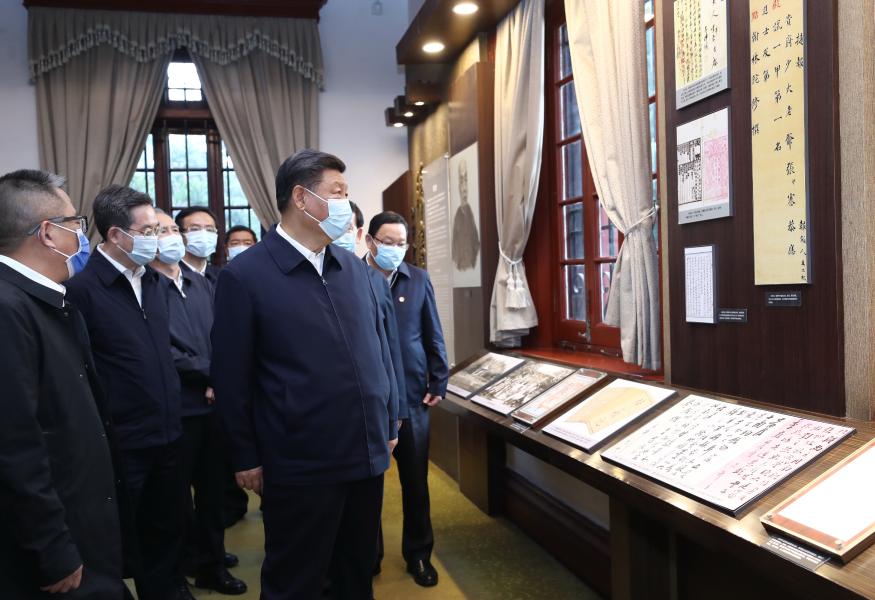 During the tour, Xi visited Nantong Museum, where he watched exhibits that introduced its founder Zhang Jian, a Chinese industrialist and educator of the late 19th century and early 20th century.

The museum, established by Zhang in 1905, was the first public museum founded by a Chinese person.

Who is Zhang and why did Xi hail him as a sage and model Chinese private entrepreneur?

An entrepreneur, politician and educator, Zhang was born in 1853 in the town of Changle, Haimen County, Jiangsu Province, the location of modern-day Nantong. His ancestors were largely farmers and merchants. To improve his family's standing, Zhang was sent to a private school as a boy. His father hoped Zhang would excel as a government official.

In 1894, Zhang, 41, was top scorer in the highest rank of the Hanlin imperial examination system and subsequently served at the Hanlin Academy. 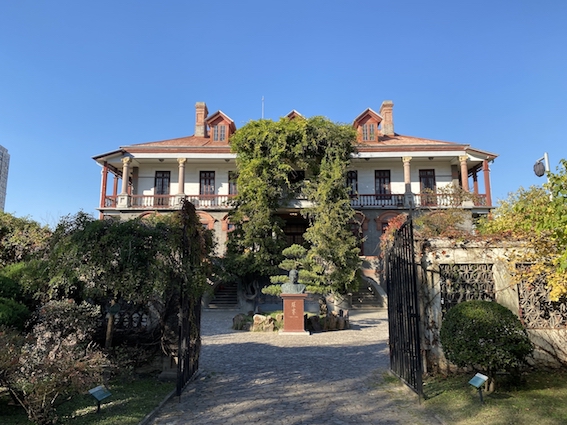 The former residence of Zhang Jian built in 1914. The main building is described as English style. (Photos CCTV)

The First Sino-Japanese War (July 1894 –April 1895) broke out that same year. Zhang felt the Treaty of Shimonoseki between a defeated Qing Dynasty China and Japan humiliated the whole country. Zhang quickly concluded that only by developing its industry could China resist imperialist aggression and the intrusion of foreign capital. At that time, it was widely considered shameful for a government official to sully his scholarly reputation by getting involved in anything as base as business or industry, but Zhang abandoned his official post and returned to his hometown to found the Dasheng (Dah Sun) Cotton Mill. 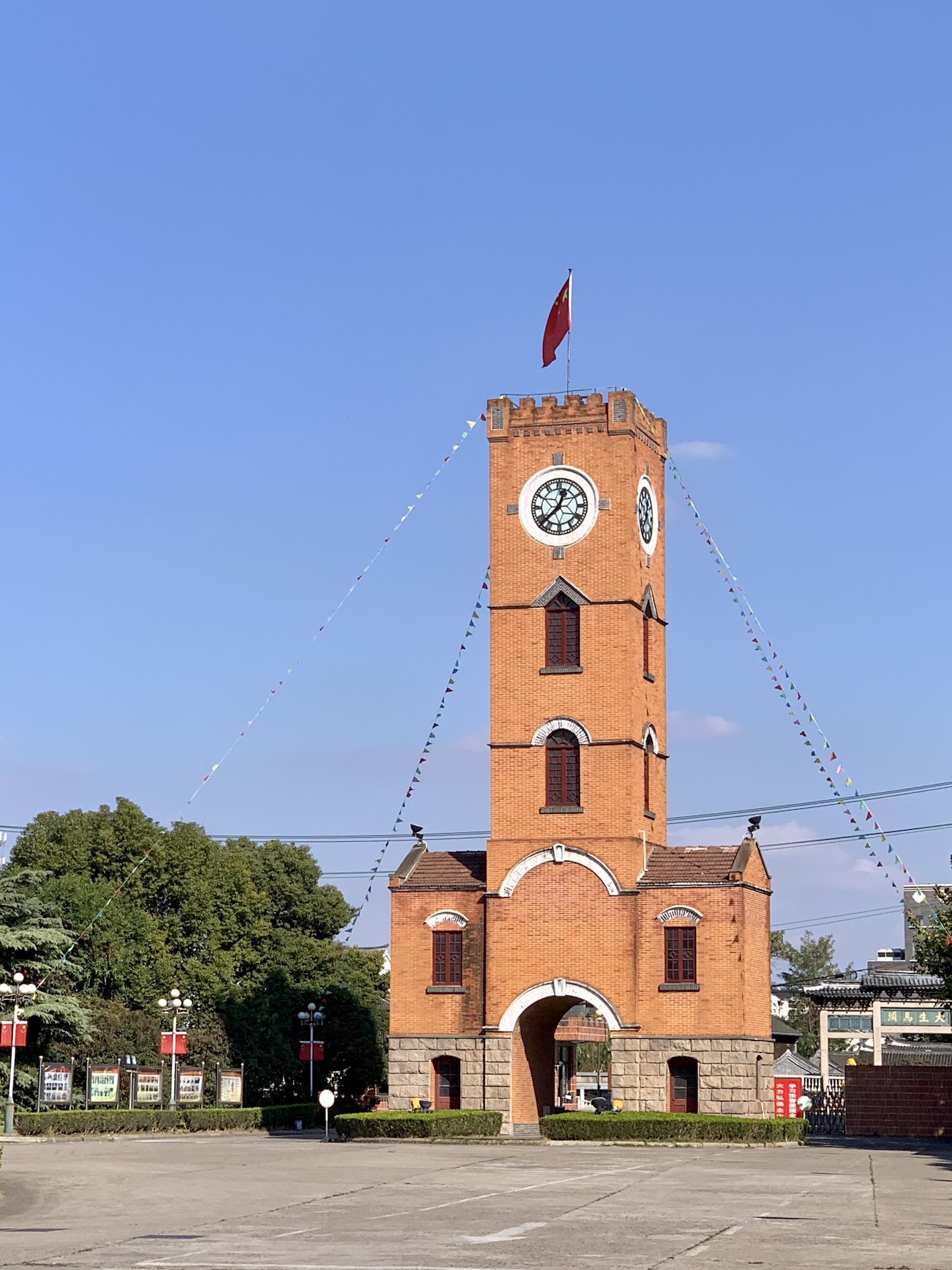 Patriotism, salvation and service to the country were Zhang's lifelong pursuits. The development of industry, education and public welfare were all rooted in these ideals.

President Xi, presiding over an entrepreneurs' symposium on July 21, said, "Patriotism is the glorious tradition of excellent entrepreneurs in China in recent times." He praised Zhang and other entrepreneurs as examples of patriotic entrepreneurs at the meeting.

As the saying goes, "Those who are good for the country are loved. Those who harm the country are evil." President Xi has frequently spoken of patriotism since the 18th National Congress of the Communist Party of China in November 2012. Xi has said, "Patriotism is the deepest and the most lasting emotion in the world and the source of an individual's morality and merit."

What is the criterion for measuring entrepreneur patriotism? President Xi has said that entrepreneurs can show patriotism in various ways but the most important is to run a qualified enterprise. Zhang's life story sets an example. 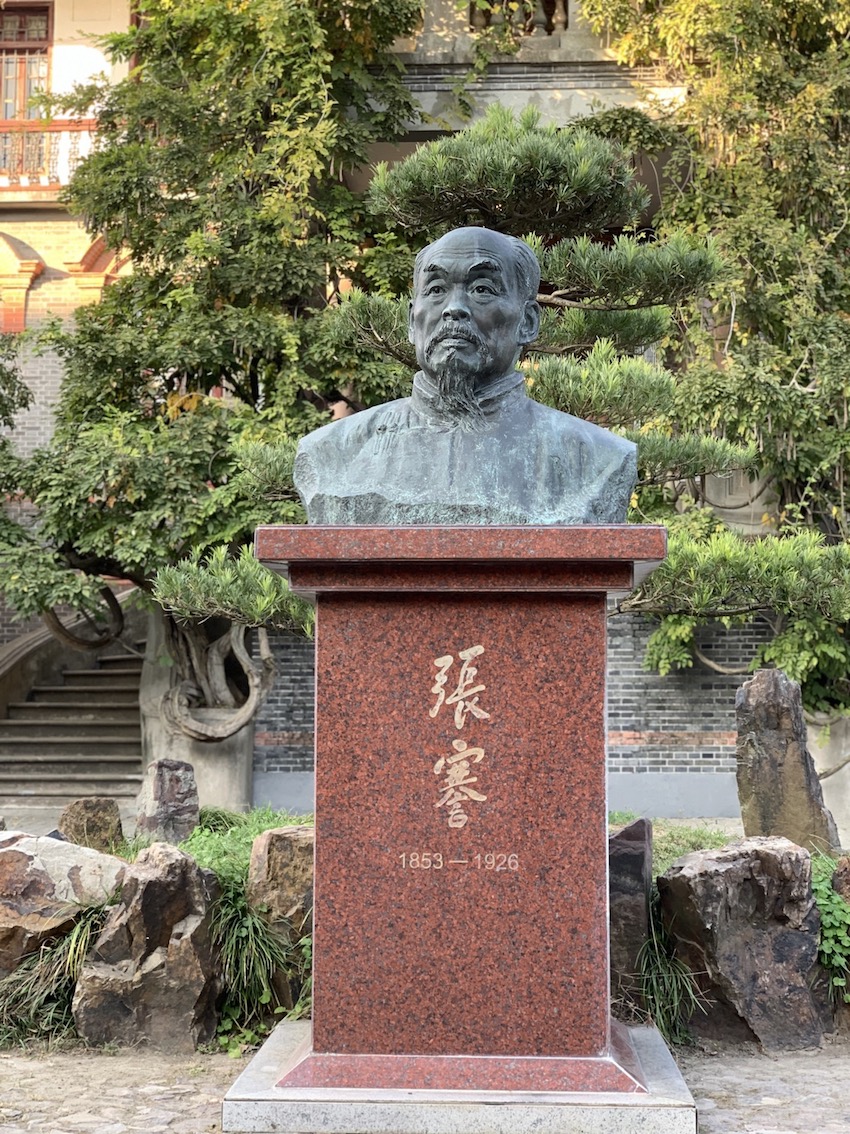 He raised capital through shareholding and in its first year, Dah Sun Cotton Mill made a net profit of 26,000 liang taels of silver. The mill was then expanded. Four extra mills were built, creating the largest textile enterprise system in the country at that time.

Zhang also invested or participated in the establishment of oil mills, soap mills, steel smelters, paper mills and printing plants. He built an industrial chain centered on the cotton textile industry and further developed transportation, storage, electricity and communications. Through food, finance, real estate and other industries, Zhang not only built Nantong into the first modern industrial Chinese city but also promoted nationwide development of industry.

After more than a century of ups and downs in the business world, the Dah Sun Cotton Mill evolved into Jiangsu Dasheng Group Company,which is still operating at the original site. The textile industry remains the heart and soul of Dah Sun. 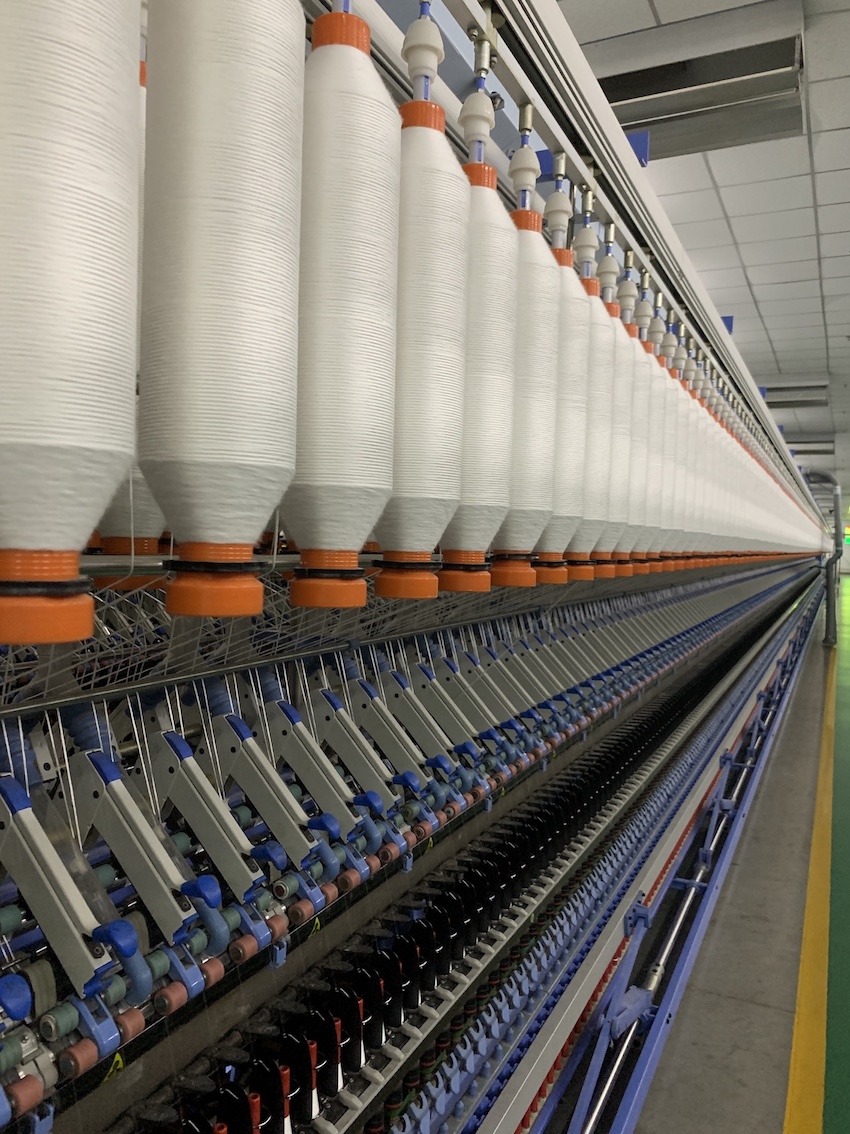 It is said the real economy is the lifeblood of the country and the foundation of people's livelihoods. During last year's "Two Sessions," annual meetings that are the most critical events in China's political calendar, Xi said, "To be the real economy, it is necessary to be a core business with no distractions."

Regarding the importance of developing the real economy, Xi said the real economy would be the foundation for the country's economic development and winning the initiative in international economic competition whenever the economy developed.

The 14th Five-Year Plan proposal approved by the fifth plenary session of 19th Central Committee of the Communist Party of China in October states that China must persist with development of the real economy and emphasizes the need to maintain a basically stable proportion of manufacturing while consolidating the foundation of the real economy.

Zhang advocated equal attention be paid to business and education. While setting up industries, Zhang also actively started up educational undertakings. Aside from companies and factories, he also founded the first normal school in modern China: Tongzhou Normal College in 1903 and established Nantong Museum in 1905. 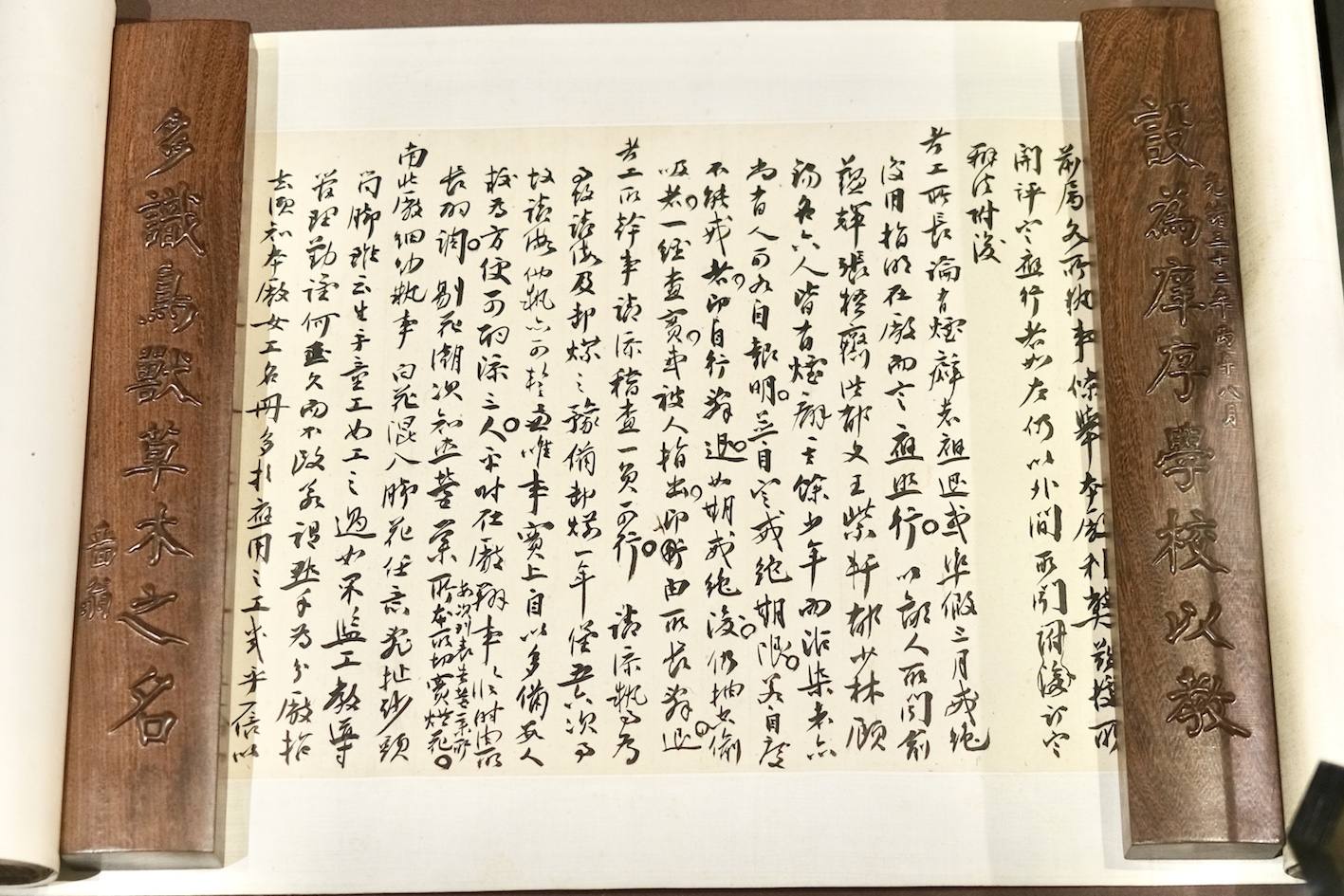 It is said Zhang spent most of the capital he made from business on benefiting the nation, developing education and improving public welfare.

In a key speech delivered at a symposium with corporate leaders in Beijing in July, Xi underlined the importance of entrepreneurs' social responsibility.

"Society is the stage for entrepreneurs to display their talents," Xi said. "Only those who earnestly fulfill their social responsibilities can be truly affirmed and recognized by the society and the times." 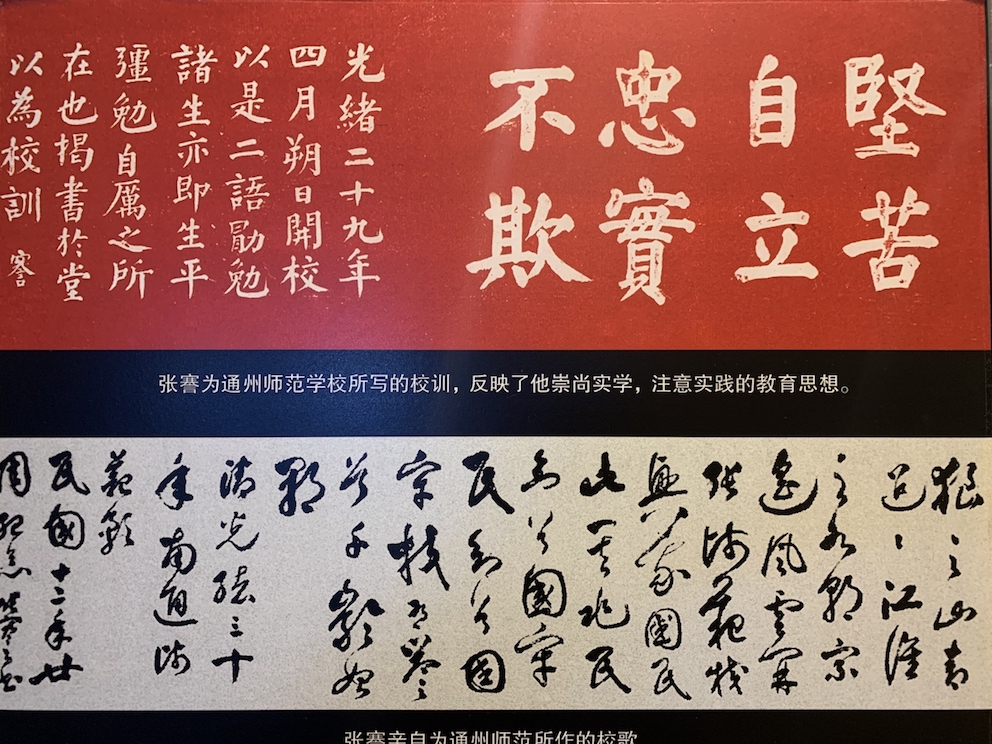