CHINA Widening power gap with China increases India’s anxiety but both nations must look to the bright side of ties: experts

Widening power gap with China increases India’s anxiety but both nations must look to the bright side of ties: experts 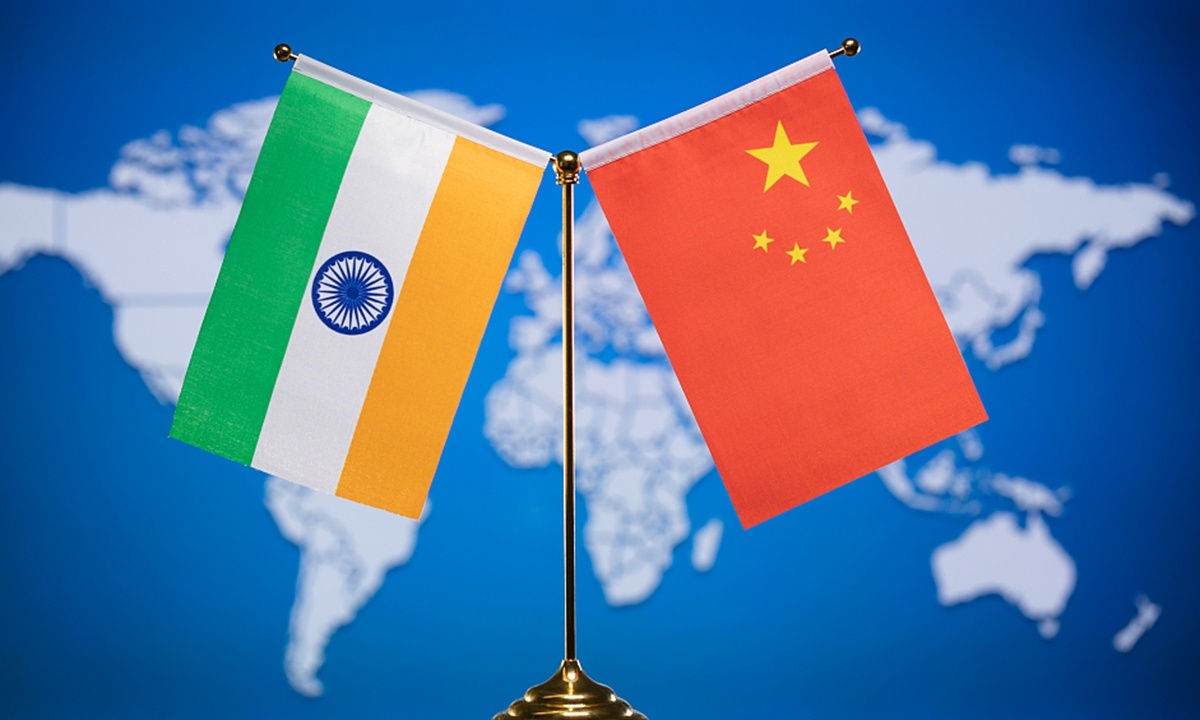 China-India negotiations over the border issue began in the 1980s but no progress has been made yet, with the Doklam standoff in 2017 and the Galwan Valley clash this year pushing bilateral relations to the lowest level.

Chinese experts believe India has carried out a "forward policy" to encroach on the border area and India's rigidness and unwillingness to compromise makes the border disputes hard to solve.

"Border disputes are Achilles' heel of China-India ties," Zhao Xiaozhuo, a research fellow at Academy of Military Sciences of the PLA, said at the forum.

Zhang Jiadong, a professor at the Center for American Studies, Fudan University, noted that China and India are both emerging economies and have growing interactions, but the level of ties between the two is not rising but declining. He said India's hostility toward China and China's contempt for India are both wrong.

B R Deepak, professor of Chinese and China Studies at Jawaharlal Nehru University, pointed to the widening economic gap and power imbalance between the two countries that has led to India's defensive mentality toward China as the main problem existing between China and India.

"The widening gap in strength between China and India has increased India's anxiety. As structural problems remain unsolved, any small disturbance driven by Indian anxieties will make waves in bilateral ties," said Hu at the forum, adding that China's strength makes India wary, but India does not believe in China's will for peace.

"The core of the US-endorsed Indo-Pacific Strategy is to contain China's development. India hopes to use the strategy and its relations with US to hedge influence of the China-proposed Belt and Road Initiative and win major powers' respect for India," said Sun Shihai, former president of the Chinese Association for South Asian Studies.

Despite contending views at the forum, both Chinese and Indian speakers admitted that there is plenty of room for the two sides to learn from each other. Chinese experts said China should acknowledge India's advantages of young population and its vast market, and Indian experts mentioned China's achievements in poverty alleviation and its intensive supply chain and manufacturing industry.

"We should not overlook the once sound foundation of China-India relations. Indeed, we face some issues currently. But I hope we can sit together and find a way to talk and solve issues step by step," said Atul Dalakoti, executive director of the Federation of the Indian Chambers of Commerce and Industry (FICCI) China.

Zhang echoed Dalakoti's view that both sides should look more to the bright prospects of bilateral ties, and believes the recent border disputes may push the leadership and scholars in both sides to focus more on the vast areas where they can cooperate.

"After all, China-India relations will not become as bad as China-US relations," Zhang said.