CHINA Will ‘The Rap of China’ bring another hip-hop storm?

Will ‘The Rap of China’ bring another hip-hop storm? 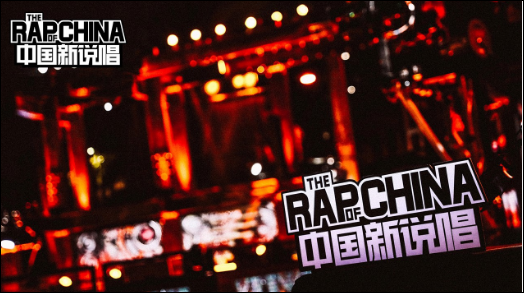 Last summer, a hip-hop talent show produced by iQiyi, one of China’s largest online video platform, wowed the younger generation and triggered a huge storm of hip-hop music across the country.

The 12-episode variety show has garnered 2.68 billion views on iQiyi, and the discussions under the hashtag #RapofChina has exceeded 6.8 billion. Meanwhile, the show has successfully brought a number of underground rappers to the spotlight and introduced the minority music to the public.

However, the show has also been accompanied with controversies as well as scandals. Several rappers, including co-winner PG One, faded away from the stage almost as soon as their being shot to fame due to drug-related lyrics and scandals.

Many therefore wonder whether the second season of the show will maintain its heyday with the veil of mystery peeled off.

The Season II of “The Rap of China” is expected to make its comeback on Saturday evening. The basic format of the show has not seen many changes, with the three celebrity producer groups led by rapper-singer Kris Wu, Will Pan, MC HotDog and Chang Chen-yue stay, while singer-songwriter G.E.M joining as a new producer.

According to the teasers revealed in advance, the mass audition of the second season has been expanded to Australia and North America, with a total of 10,725 rappers’ participation. Some of them have already become famous in a smaller circle, including rappers that have signed to independent labels such as Nous, GO$H, CDC and CSC.

There are also a number of new faces, among whom the top university students and graduates, dubbed as “Straight As,” have captured the media’s attention. Some of them say they come to alter people’s stereotypes that the hip-hop music is only about sex, drugs and curses.

Rappers marked by their local-accent from the diversified regional cultures of China, such as Beijing, Shanghai, Sichuan, Xinjiang and Tibet, have also formed a large part of this year’s competition. Meanwhile, an increasing number of female rappers have triggered great expectations from the audience.

Besides, the show has adopted a new Chinese name by replacing “Xi Ha,” the Chinese translation of “hip-hop” with “Shuo Chang,” meaning “rap.” It is considered by many as a split-up from the scandals and controversies tied up with the first season.

However, the new season does not totally shake off the rumors and speculations.

Earlier this month, China’s broadcast regulator, the State Administration of Radio, Film and Television, has released a notice, asking for a tightened evaluation on the talent shows that have been overflowing the small screens in recent years, to prevent “overemphasis on money worship, hedonism and utilitarianism.”

Some argued that “The Rap of China” would be affected by the new rule, given the controversies and disputes it has triggered during the last season.

In fact, discussions and debates have never ceased since the show’s birth.

Born to be a subculture, the rebel spirit, as well as the sex-and-money-themed lyrics, is almost rooted in the soul of the Western hip-hop music, which makes it hard to be accepted by the public in China.

Some diehard hip-hop fans, therefore, considered that the genre should remain underground to keep “real.” However, there are also different voices, arguing that Chinese hip-hop music does not have to be in line with its US peer heart-and-soul, as they were grown out of completely different cultures.

This year the show has adopted a new slogan, “I am young, I rap” (not the official translation), which encourages positive personalities and self-expression.

One of its celebrity producers Kris Wu, also an active promoter of the Chinese culture’s internalization, has released a promotion song for the new season “Chinese Spirit” three days ahead of the comeback. It seems that the show has already found its “new mission” – besides introducing a typical western music genre to China, it also aims at creating a Chinese hip-hop culture of its own.

But it still remains a question mark whether the audience and the market would accept such diversion and whether the new season would bring another hip-hop storm across the country.

For now, it is time to drop the beat!