CHINA Withdrawal from Afghanistan should be done responsibly: Chinese FM

Withdrawal from Afghanistan should be done responsibly: Chinese FM

China on Sunday called on foreign countries to act in a responsible manner in the withdrawal from Afghanistan, noting that the sudden withdrawal of the US has led to the recent attacks in Afghanistan. 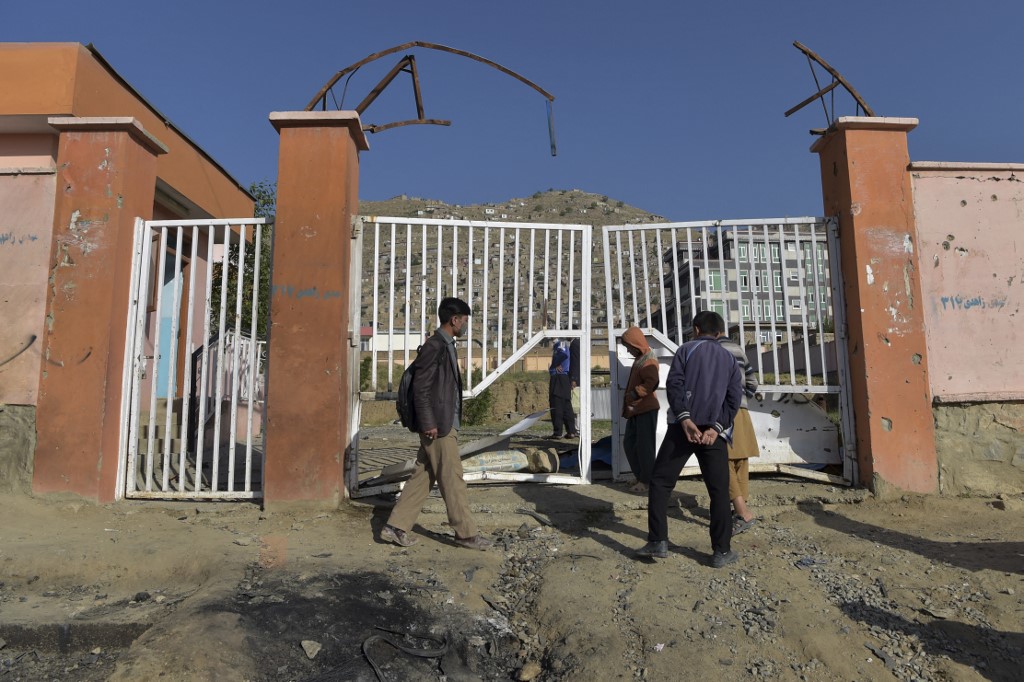 Onlookers stand near the site of yesterday's multiple blasts outside a girls' school in Dasht-e-Barchi on the outskirts of Kabul on May 9, 2021, as the death toll has risen to 50, the interior ministry said.(Photo: AFP)

Chinese Foreign Ministry spokesperson Hua Chunying made the remarks at a press briefing regarding the serial blasts that took place Saturday near a girls' high school in Afghanistan’s Kabul, causing at least 50 deaths and 100 injuries.

Hua pointed out that the sudden announcement of the US to completely pull out troops from Afghanistan has led to the increasingly severe situation in Afghanistan, posing serious threats to the peace and stability of the country and people's lives.

“China calls on all foreign troops in Afghan to take into account the security of the region, withdrawing in a responsible manner to avoid bringing more turbulence and suffering to the local people,” she said.

China is shocked by the attack and strongly condemns the act of violence, said the spokesperson, adding that China expresses deep condolences to the victims and sincere sympathy to the bereaved families and the injured.

China firmly opposes violent extremism in any forms and will continue to support the Afghan government in fighting terrorism to safeguard national security and stability, Hua said.

“China is ready to work with the international community to assist Afghanistan in realizing peace at an early date,” Hua added.