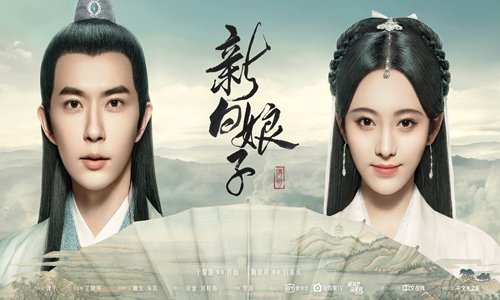 Numerous costume drama series have postponed their debut and the registration of such genre at the national media regulator also decreased, amid reports of a comprehensive ban on historical dramas and web films. The alleged ban, which is likely to last at least till June, is aimed at correcting the view of history for audience, experts said. Historical dramas in many cases twisted the narrative of the country's past and the image of historical figures, having an adverse effect on teenagers who may regard such fictional stories as real history, Shi Wenxue, a Beijing-based film and TV critic, told the Global Times on Sunday.A Global Times reporter found on Sunday that several costume drama series including The Legend of White Snake (The Legend) and The Longest Day in Chang'an have changed their debut time. According to the Weibo account of The Legend, the producer had planned the drama's release on March 27, but it was later postponed. The advance screening scheduled on Sunday afternoon was also canceled. It is reported that the National Radio and Television Administration (NRTA) has issued the the most stringent ban on historical genre, which stipulates that no new historical dramas could be aired until June. Those already released must be removed from the recommendation column on video websites. The production of such genre has also declined, according to the registration information released by NRTA, China's top media industry regulator. Eleven costume dramas were registered with the NRTA in February, accounting for 11.58 percent of all drama registrations. The ratio was 16.67 percent in December 2018 and 20 percent in February 2018, according to a semimonthly journal under the NRTA.Shi noted that the tightening regulation over historical dramas has been a clear trend in recent years. In September 2017, five central government departments jointly issued a notice that encouraged the production of realistic dramas and rural theme works, which Shi said was a clear signal to the industry but was not understood by all the producers. An employee with a Beijing-based studio told the Global Times on Sunday on the condition of anonymity that historical genre has the highest viewership and can easily attract advertisers, which naturally encourages studios to produce more, citing Story of Yanxi Palace as an example. A film investor surnamed Chen has heard about a pause in transactions between video websites and drama series producers. Both Li and Chen noted a wait-and-see attitude among different parties in the industry.

The regulation is designed to improve the industry rather than bankrupt the studios. Therefore, it cannot last forever, Shi said, noting that June should be understood as a time set for producers and platforms to rectify contents of the finished dramas.  Production of such historical costume genre may face restrictions on daily screening time in June when the summer holidays of school start, said Shi.