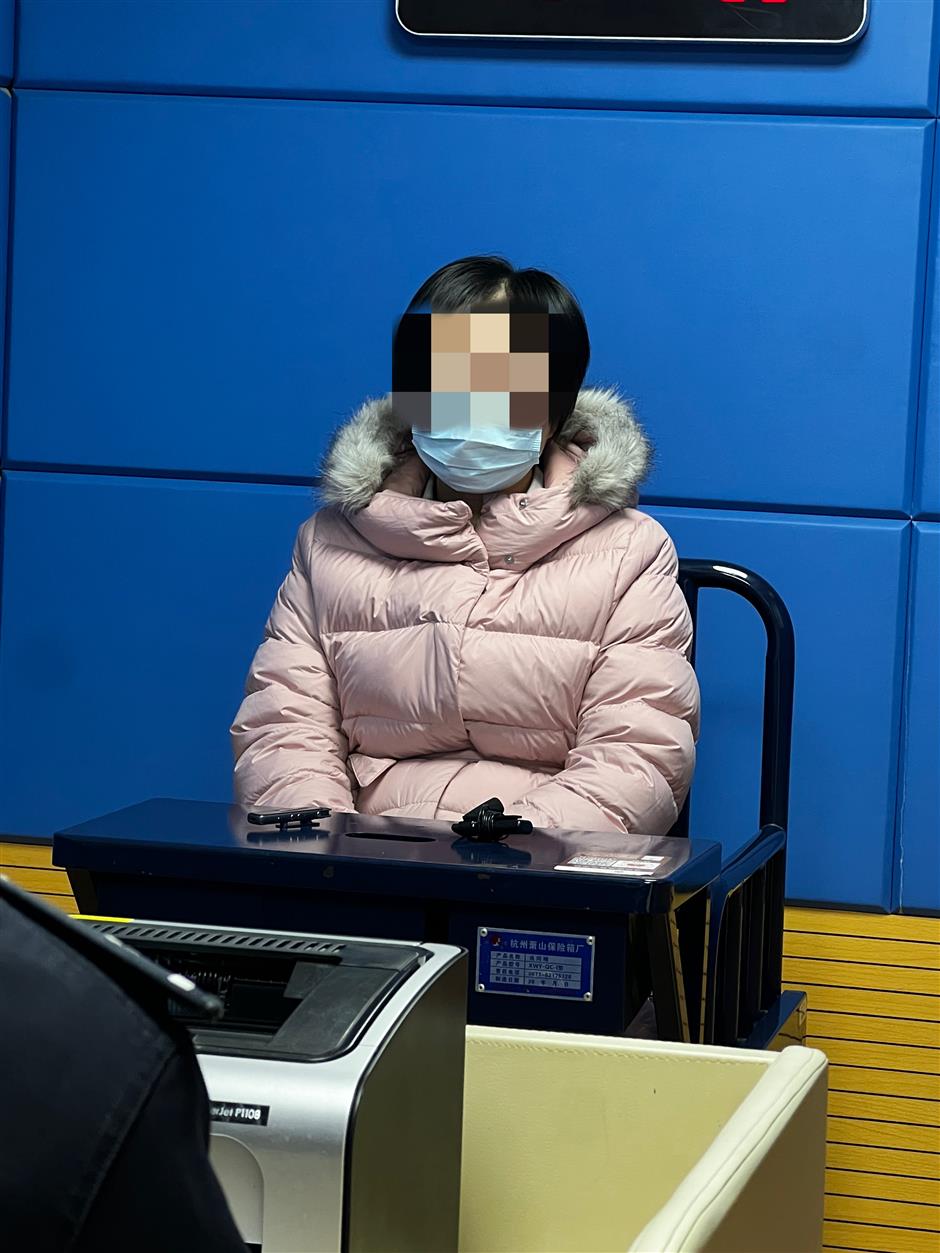 A woman was recently arrested for cheating her friend out of nearly 2 million yuan over 12 years. （Photo：Shine）

A woman was recently detained by Shanghai police after pretending to be a famous TV anchor and dating her friend online. She then allegedly cheated her out of nearly 2 million yuan (US$288,000).

The woman, surnamed Yu, had been a neighbor of the victim, surnamed Li, for years, their parents were also good friends, according to Putuo police officers.

Twelve years ago, Yu felt offended when Li's mother told her that she wouldn't be able to get married because she wasn't good-looking and her family wasn't good enough.

So Yu bore a grudge against Li and her family. She then lied, telling Li she had a male friend who was a famous TV anchor. Yu also registered a new phone number and began dating Li as her supposed male friend.

The "romantic" relationship lasted for 12 years. During this period, every time Li wanted to see her "boyfriend" face to face, Yu, pretending to be the anchor, said "he" was busy with work or on business trip.

In 2018, Yu suffered from a serious disease and began borrowing money from Li, also pretending as the anchor. But even after she recovered, she continued to ask Li for money and gifts. Li even booked a luxurious tour for "him."

Li had to borrow money from others to meet the requests of her "boyfriend."

She finally went to Yu last month, asking her to help find her "anchor friend" to repay the debt. Yu then confessed to Li that it was a hoax and her purpose was to stop Li from finding a boyfriend and getting married.

Li reported it to the police on November 20.

Yu has been apprehended for fraud, and the case is now undergoing further investigation, said police.