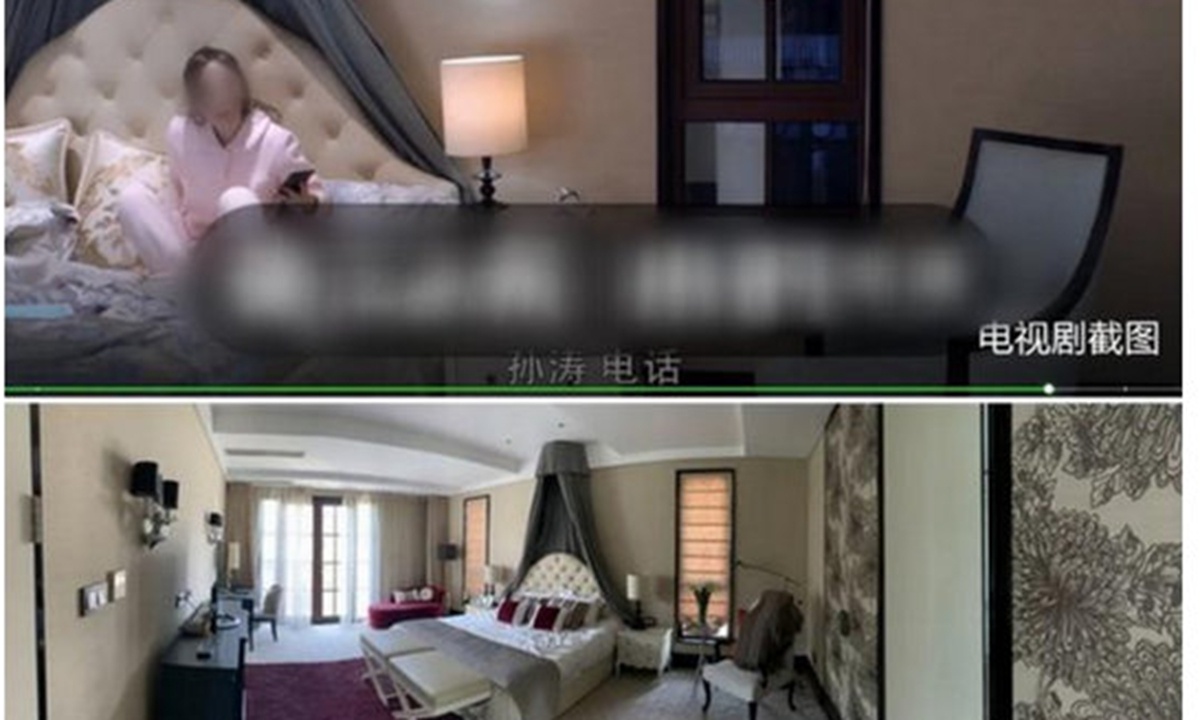 If you were watching your favorite show one day and suddenly saw that the main character was sleeping in none other than your own bed, what would you do? While this situation may sound like the plot of some meta-comedy film, in the case of Ms Lin (pseudonym) in Hangzhou, East China's Zhejiang Province, this actually happened!

In November 2014, Lin bought an 820-square-meter villa in the nearby city of Ningbo, also in Zhejiang Province, for nearly 30 million yuan ($4.6 million). Since the home was a model home used by the real estate company for display purposes, it came fully furnished. However, since Lin did not intend to move in right away, she entrusted the property to the property management company and handed over the keys in 2015.

A few years later, in September 2019, Lin was watching the 2019 TV series Heart To Heart Dialogue at her home in Hangzhou, when she suddenly noticed that the bed the main character was sleeping in was remarkably similar to the one she had at the villa. However, as she continued watching, she came to realize that the entire bedroom matched the one she bought and then it dawned on her - the show was actually taking place in her home!

Looking into the situation, Lin discovered that not only had Heart To Heart been filmed at her home, another series, the 2018 drama About is Love, had also used her villa as a set.

Lin sued the studios that produced the shows, the property company and broadcasters of the shows, demanding nearly 3 million yuan in compensation.

The court recently reached a verdict on the case, ordering that the two studios compensate the plaintiff for property losses and house occupancy fees of more than 400,000 yuan, China's news site The Paper reported on Wednesday.

The court dismissed the plaintiff's claim for the compensation of 2 million yuan for "shooting and broadcasting scenes from the house that infringed on the plaintiff's right to privacy," arguing that since the house was a model home, its layout, the furniture and decorations in it had already been publicly disclosed and since the plaintiff had not made any changes after purchase, no private information about her person or identity had been revealed.

Wang Qinbao, Lin's attorney, told the Paper that they are not satisfied with the verdict.

"Is it not the property owner's private space just because the house used to be a model house for display?" Wang said, expressing his dissatisfaction before adding that they intend to appeal the ruling.

Wang was not the only one unhappy with the judgment.

After the ruling on Wednesday, the judgment quickly went viral, with the hashtag "the main character is sleeping in my bed" earning 480 million views on China's Twitter-like Sina Weibo in just one day. Most netizens seem to share the same opinion as Wang, commenting that the judgment is not fair.