A woman who rode a horse on the main street in downtown Shanghai at midnight on Tuesday has been given an administrative warning for disturbing public order. 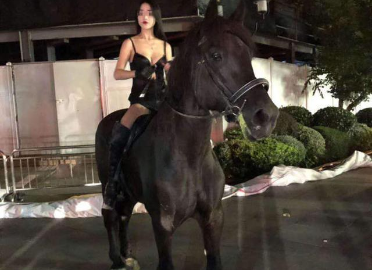 The 26-year-old woman, surnamed Hu, told the police she bought the horse outside Shanghai and had ridden it on the street to attract attention.

The police said that by riding on public roads she had impeded normal traffic flow and disturbed public order, because it attracted onlookers.

Legal experts suggested more severe punishment - five to 10 days of detention along with a fine of no more than 500 yuan ($73) - if she repeated the offense, saying a horse can hard to control and dangerous on busy streets.