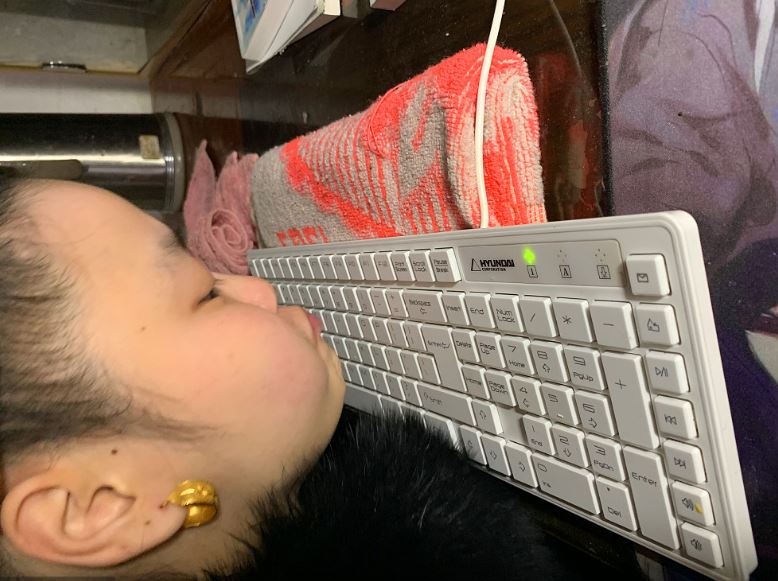 Apart from kissing, putting on lipsticks, what else can lips do? Wang Qianjin, a 26-year-old in Zhenjiang, East China's Jiangsu province, uses hers to write on computer.

Born with cerebral palsy due to lack of oxygen, Wang can't speak or move except for her head. Her mother has to feed her meals every day.

Wang did not go to school, yet she can read and write Chinese and Japanese, and also shop online. More surprisingly, she can use her lips to type on the computer. The online literature works Wang has written exceed 1.8 million characters.

Wang is now a writer under contract, with one of her works receiving hundreds of thousands of clicks. Her fans call her "an angel banished from the Heaven".

After several novels of hers were published online, Wang became an internet sensation. She has become a public figure and has received many awards.

When asked whether ever complains about life, she typed on the computer, "It's meaningless to worry about the troubles when you have a life like this."

Talking about the future, Wang's parents said they hope that a reliable man can take care of their daughter.