CHINA Wong: The new law will bring back safety, peace to campus

Wong: The new law will bring back safety, peace to campus 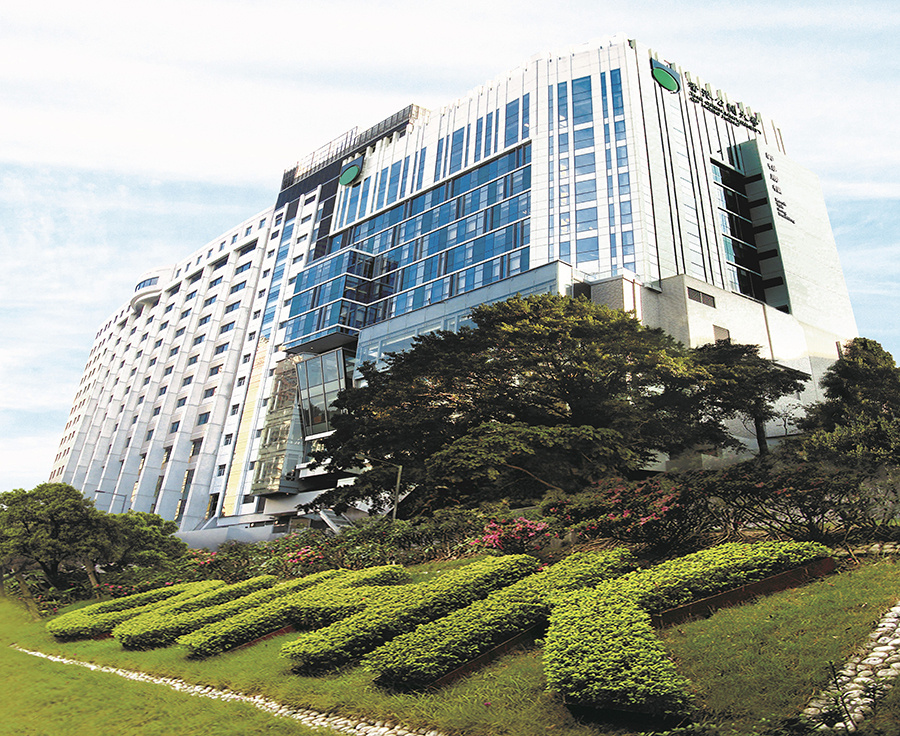 College students who fled Hong Kong last year while fearing for their safety might start returning, the president of the Open University of Hong Kong said.

Professor Wong Yuk-shan said he believes the new National Security Law will ensure a return of peace and order to campuses that became stages of raucous political discourse, and even battlegrounds in the war between police and anti-government rioters.

Wong said that Hong Kong's reputation as an academic and learning hub suffered when some campuses were occupied by radicals who fought pitched battles against police.

The Open University may have escaped the worst — the Kowloon campus was never overrun — but Wong recalled that the university had to suspend classes in November, and students at the campus had to interrupt their studies and flee Hong Kong when they feared they might be swept up by the violence.

The aftershocks from the violence are continuing. In the year to June, applications to the Open University from mainland students numbered only a quarter of what they were in previous years. The situation improved in early July, as the number of mainland applicants reached half the average recorded in the past few years, Wong said. Mainland students are still wary and afraid for their safety in Hong Kong, he said. Peace will have to be restored in full before mainland students will feel comfortable coming back, he said, adding that there is reason to hope that the trend of nonlocal students shunning Hong Kong universities amid the upheavals can be reversed.

To that end, Wong has pledged the cooperation of the Open University in support of and enforcement of the new law. He said the university is prepared to take the initiative when on-campus activity is seen to violate the law, including violations of the legal prohibitions against advocating secession, subversion, terrorism, and collusion with foreign or external agencies to undermine national security. The university president promised a "law-abiding campus," warning that wall posters that obviously break the law will be taken down.

Under the National Security Law, the SAR government is responsible for promoting national security education in universities and providing related guidance. The Open University will stick to those guidelines, and in addition will do its part to promote national security education, he said. He urged the government to promptly set up the systems needed to explain the law and its importance to the public.

Wong recalled that even students were offended and had joined in calls to take down anti-government posters that had littered public passages, hallways, classroom walls, and elevators. The majority of students ignored a call by a student fringe group to go on strike in August, and showed up for classes.

Localism and separatism has emerged on Hong Kong's campuses in recent years, he said. Some students argued that the universities were "stealing" opportunities from Hong Kong students with the effort to recruit more students from the mainland. But Wong said that a university that aims to be internationally recognized has to be diverse and inclusive. If it's not, the reputation of the university will suffer, he added.

He acknowledged that the on-campus violence has seriously damaged Hong Kong's reputation globally, and international rankings of Hong Kong universities are likely to fall, but he's optimistic the damage can be undone.

The current discussion of the new law focuses on enforcement and sentencing, he said. More important is deterrence and prevention, he said. Those are the elements of the law that he believes will restore peace and a wholesome learning environment to Hong Kong campuses. Effective deterrence and prevention will not only ensure the safety of people from Hong Kong, but will go far toward "convincing our students and parents to come back to Hong Kong".

The admission office of the university also explained to worried mainland students that the situation in Hong Kong is improving as multiple efforts have been made in the city to curb the violence and restore order, Wong said. "But it would be rather meaningless to just say so. People need to see results," he added.

If a local student values his place of origin and his national identity, he should not choose to confine himself to the so-called "localism" of Hong Kong, but should learn more about his country, his nation, and the history of the city, which was forced to separate from the motherland before it was eventually reunified under the "one country, two systems" principle.

"Through national education, local students will be able to keep their hearts linked to their motherland and their eyes linked to the world," Wong said.