CHINA Work on projects gets back on track

Work on projects gets back on track

China is gradually returning to work amid the government's efforts to battle and contain the novel coronavirus outbreak, said the country's top economic planner. 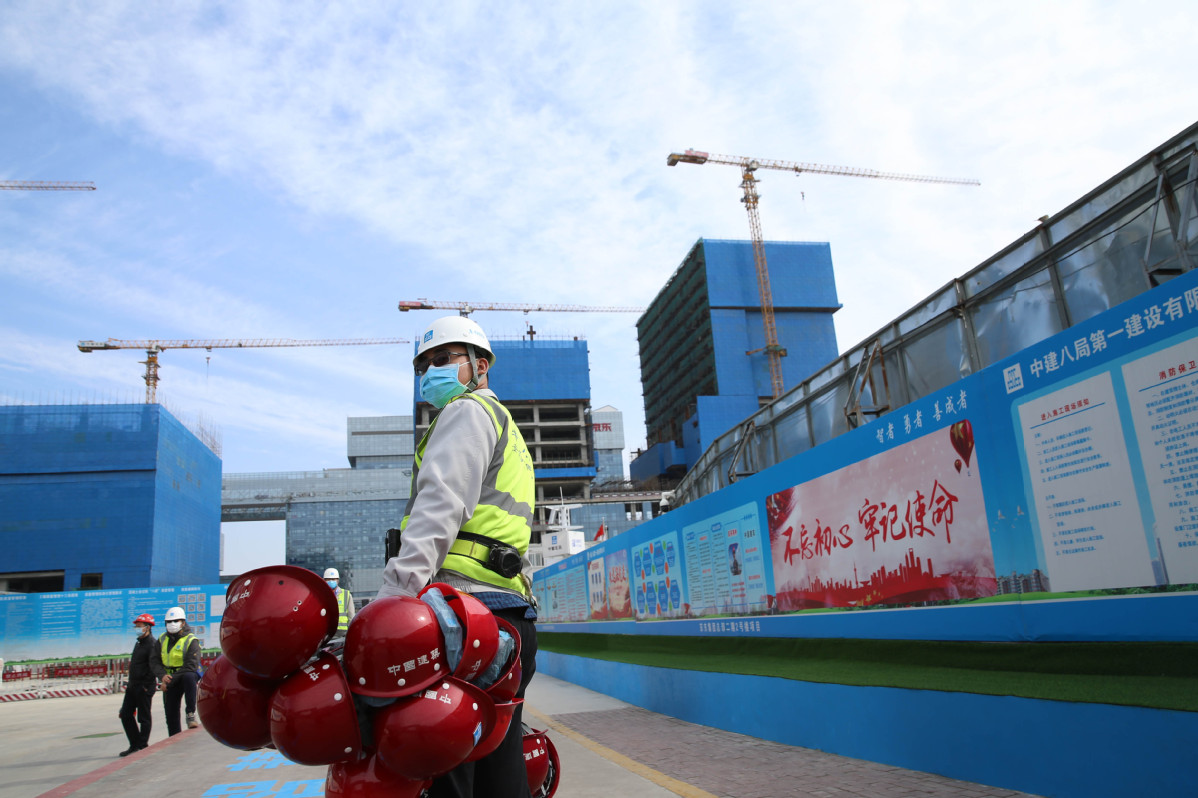 A construction worker carries hard hats on a site in Beijing, on March 16, 2020. (Photo: China Daily)

Despite the coronavirus epidemic's impact, the resumption of work rate in key projects has gradually developed in the past days, said Ou Hong, director of the Department of Fixed Asset Investment at the National Development and Reform Commission.

As of Friday, work has resumed on around 11,000 key projects outside of Hubei province at a rate of 89.1 percent, up from the 2.3 percent on Feb 6, Ou said at a news conference on Saturday. Among them, key projects in southern China had a work resumption rate of 98.1 percent, while those in northern China reported a rate of 60.3 percent.

Major highway and water transportation work has hit a resumption rate of 97 percent. Airport and major water projects respectively reported a rate of 87 percent and 86 percent, according to the NDRC.

To date, the 533 major transportation projects surveyed have resumed work at a rate of 97.8 percent. For instance, all key railway projects have resumed work, involving 7,000 working sites and a total of 500,000 workers.

In the next step, the NDRC will make a big push to ensure orderly resumption of work and promote new projects. And more efforts are needed to resolve any issue companies may face and to expand effective investments and accelerate the approval process.

Particularly, the NDRC will speed up the construction of new infrastructure such as 5G networks, artificial intelligence, industrial internet and internet of things. And it will focus on addressing weak links, such as the emergency supplies reserve systems and public health service system.

"It is necessary to use new infrastructure to promote and optimize the services and improve the efficiency for traditional infrastructure," Zheng added. "In the future, we will promote the construction of smart transportation, smart grid and smart cities, to build an infrastructure system that adapts the need of smart economy and smart society development."

Chen Duan, executive director of the Zhongjing Digital Economy Research Center, said that the new infrastructure - unlike traditional infrastructure such as railways, highways and airports - is a new type of information infrastructure that will help promote the upgrading and transformation of traditional industries and foster the green, innovation-driven and high-quality economic development.