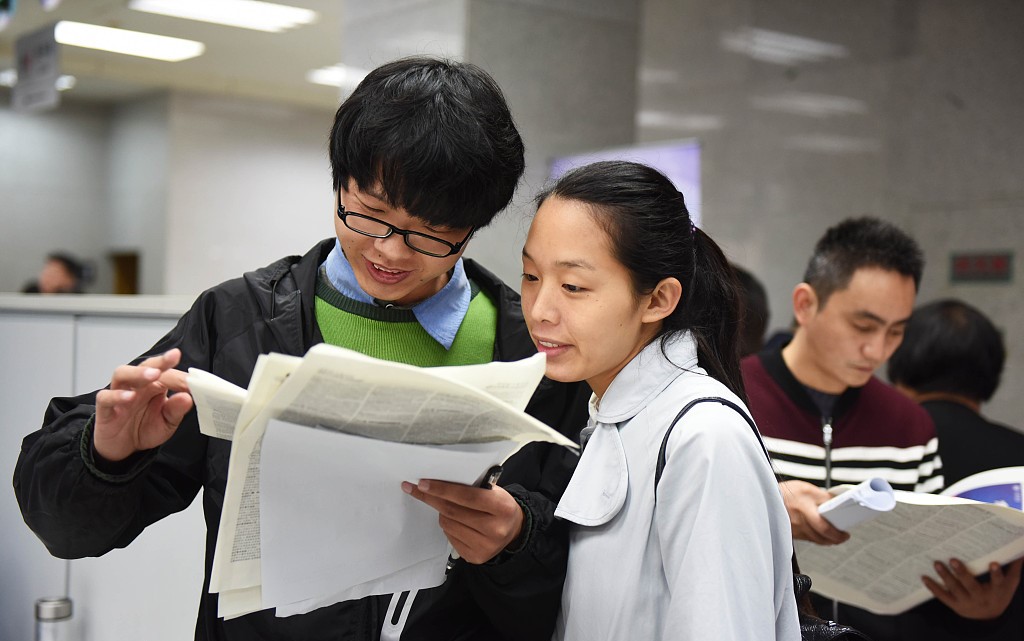 Residents of Taiwan, Hong Kong and Macao will no longer need work permits when they are hired by enterprises on the Chinese mainland, meaning they will be treated the same as local residents.

That was one of the 11 items for approval late last week by the State Council, China's Cabinet. Previously, enterprises on the mainland had to apply to city-level authorities for approval to hire employees from the three places. Work permits for residents of Taiwan and the special administrative regions of Hong Kong and Macao had been required for more than two decades.

To get one, residents of the three regions had to submit several documents, including the would-be employer's business license, the employee's health certificate and a valid travel document. The permit had to be renewed every two years, and a change of employers meant reapplication for the permit.

Now that the requirement has been dropped, the Ministry of Human Resources and Social Security has been told to strengthen compliance oversight and formulate rules in employment services, social security, unemployment registration and labor rights protection for this group of employees.

Lo Wenyueh, a 34-year-old editor at a Beijing publishing house, said the new policy will make her life much easier. She was hired in September 2016 and did not get a work permit until the second half of last year. Without the permit, she was not eligible for some of the benefits her colleagues received, including medical insurance, she said.

"It depends on the enterprise when it comes to how long I can get the permit," Lo said.

"Now I don't need to apply for another permit next year. It's much easier for me," she said.

As a young Taiwan resident, Lo started working in Beijing after graduation from a famous university several years ago. Her younger brother works in Suqian, Jiangsu province. "It will also be easier for my brother," she added.

Wang Huiyao, president of the Center for China and Globalization, said the move has been made to share the benefit of the mainland's development with people from Taiwan, Hong Kong and Macao. A large number of talented people are expected to be attracted to enterprises on the mainland and help expand overseas businesses, he said.

It will also help boost economic development in the three regions because of the exchanges in talent, Wang said. For Hong Kong and Macao in particular, the new policy will help them better integrate with the national strategy of the Guangdong-Hong Kong-Macao Greater Bay Area, he added.