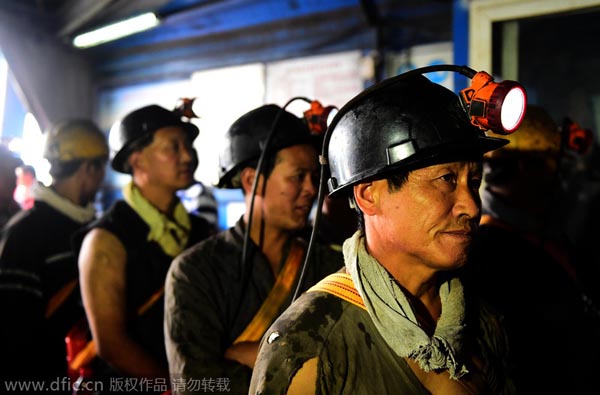 China has charted more than 970,000 cases of occupational diseases since records began, but the actual number of employees affected by work-related illnesses is much higher, a senior health official said on Tuesday.

The underreported data is largely due to low rates of health screenings designed to detect conditions arising from workplace activities, as well as flaws in the country's employment system, said Wu Zongzhi, director of the National Health Commission's occupational health department.

About 28,000 new cases of occupational illnesses - with black lung disease accounting for the majority - are diagnosed in the country each year, bringing the total number of available cases to 975,000 as of the end of 2018, Wu said.

A much wider population is exposed to workplace hazards. A recent sample survey estimates that over 200 million employees are exposed to a variety of occupational risks that impact their health, and about 12 million enterprises provide working environments that increase risks of developing occupational diseases, according to Wu.

To address the prevalent issue, he said, it is crucial to target the root cause and hold employers accountable if they fail to protect their workforce.

"The majority of them are of micro, small or medium size," he said. "Given a severe shortage of protections against risks in these workplaces, it is also vital to devote more advocacy efforts to raise their awareness."

The commission will step up supervision over related sectors and expose and punish wayward businesses that fail to rectify problems.

The role of employees in safeguarding their own health is not to be overlooked, according to Sun Xin, a researcher with the Chinese Center for Disease Control and Prevention.

"In some cases, employees don't bother to wear proper protections, such as earplugs," he said. "So we have launched training targeting both employees and employers in recent years."

According to a health promotion released by the State Council in mid July, China aims to boost the awareness rate of work-related risks to 90 percent by 2022.

Black lung disease, or pneumoconiosis, which is caused by inhaling high levels of dust, accounts for nearly 90 percent of available cases, the commission stated in a recently released action plan devoted to curbing rising rates of the disease.

A nationwide survey looking into threats of dust poisoning in related industries and health conditions of pneumoconiosis patients will be completed by the end of next year, according to the plan.

The plan also calls for delivering multiple forms of assistance to workers with black lung disease, including basic medical insurance, insurance plans for critical diseases and other medical and legal aid.

"Since 2016, the government in Hunan has raised 55 million yuan ($7.9 million) to treat and help migrant workers suffering from pneumoconiosis, and we've seen promising results thanks to the fund," Wang said. "We encourage other regional authorities to roll out more measures to help the vulnerable group."