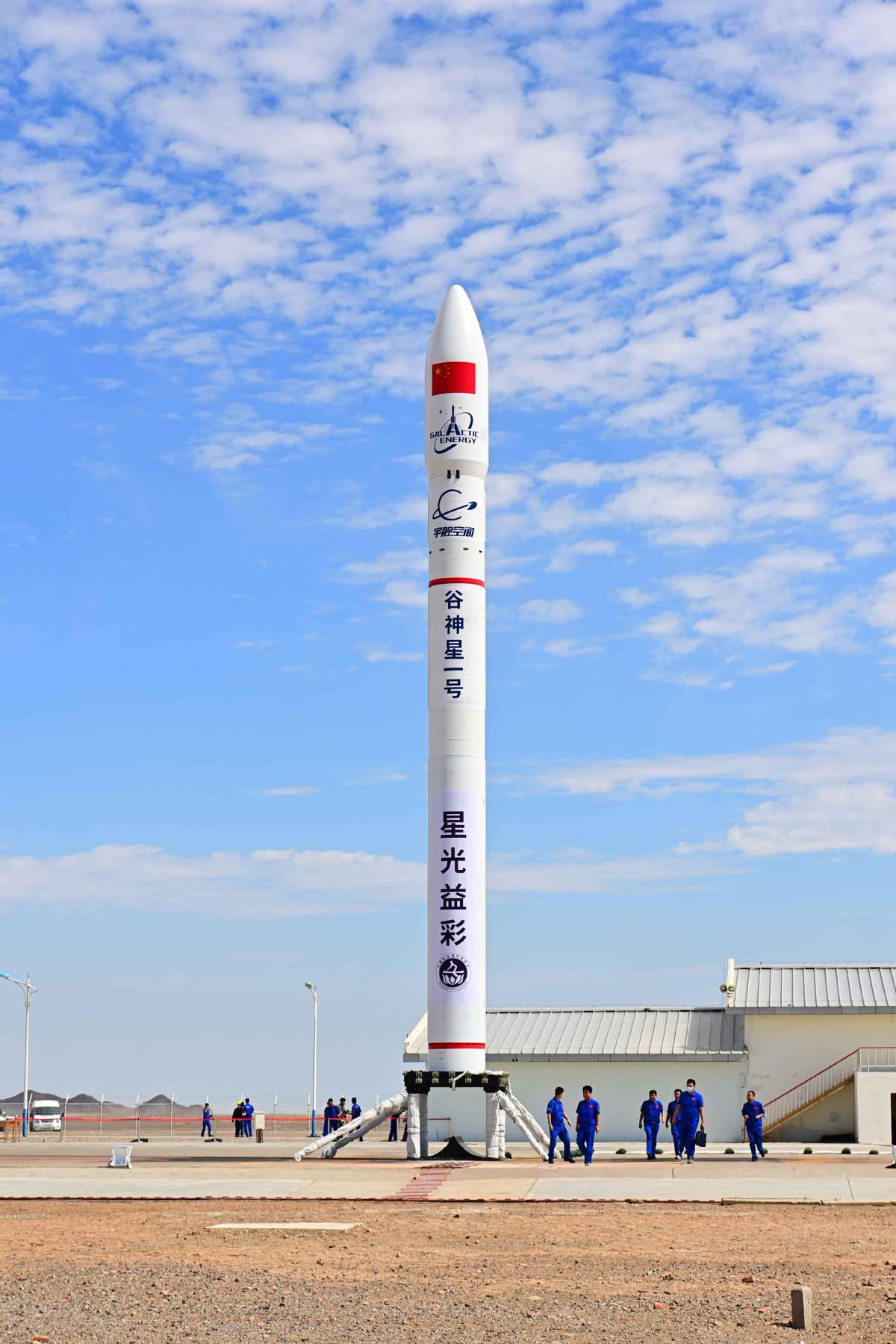 Galactic Energy, a carrier rocket maker in Beijing, carried out the third flight mission of its CERES 1 rocket on Tuesday, becoming the first private Chinese company to have a commercially ready launch vehicle.

The CERES 1 Y3 rocket, the third of its kind, blasted off at 12:11 pm Tuesday at the Jiuquan Satellite Launch Center in Northwest China's Gobi Desert and soon placed three small satellites into sun-synchronous orbits about 500 kilometers above the Earth, the private startup said in a news release.

There are a number of private rocket companies in China, but only Galactic Energy and i-Space, another startup in Beijing, have succeeded in conducting orbital missions — spaceflights by a carrier rocket that deploy payloads into an orbit in outer space.

The SQX 1 rocket developed by i-Space launched two satellites and several experimental payloads into space from the Jiuquan center in July 2019. The model's maiden flight also marked the first orbital mission by a privately built rocket in China. However, all of the next three SQX 1 launches failed due to technical malfunctions.

Tuesday's launch was also the first successful launch by the country's private space sector this year.

A CERES 1 rocket is about 20 meters tall, has a diameter of 1.4 meters and is mainly fueled by a solid propellant. With a liftoff weight of 33 metric tons, it is capable of sending a 300-kilogram satellite, or several satellites with a combined weight of 300 kg, to a 500-km sun synchronous orbit, or 350-kg payloads to a low-Earth orbit at an altitude of 200 km.

The rocket made its debut flight in November 2020 from the Jiuquan center that sent a small communication satellite into space.

In December 2021, it completed a second flight and transported five small satellites into orbit.