CHINA Workers' Communities in Zhenru to get thorough makeover

Workers' Communities in Zhenru to get thorough makeover 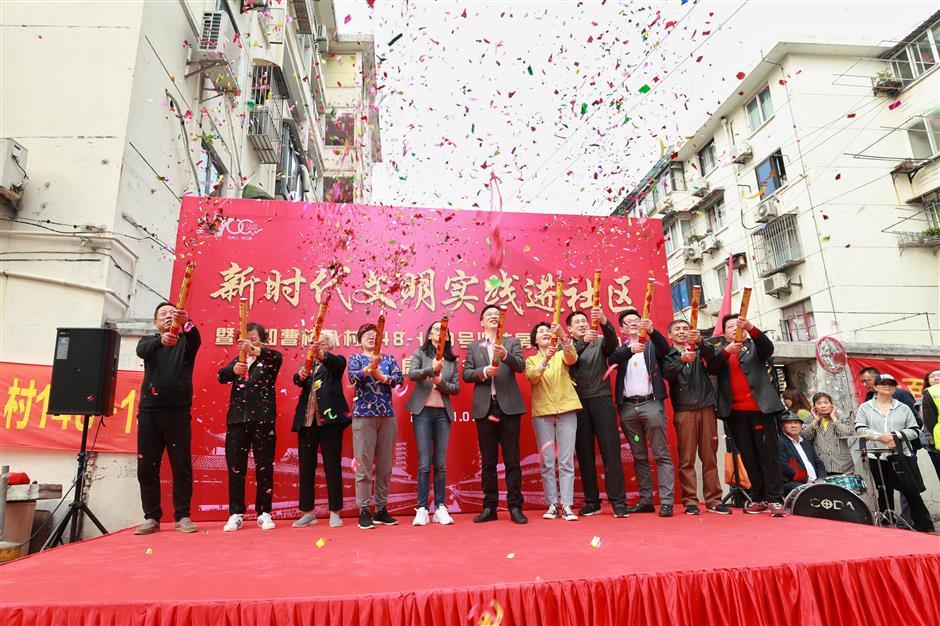 Officials and residents jointly launch the renovation of the No. 8 Caoyang Community in Zhenru Town, Putuo District, on Sunday.

Major renovation work has been launched on two residential buildings which are home to Shanghai’s earliest workers’ communities.

On Sunday, residents began moving out of the No. 148 and 149 buildings at the No. 8 Caoyang Community in the Zhenru Town, Putuo District, which were established in 1951 as homes for model workers.

They will move back when renovation work is completed, featuring larger rooms, an elevator and mostly importantly private toilets and kitchens.

The apartments were built as the first of 18 “workers’ communities” in the 1950s to accommodate Shanghai’s rapidly expanding workforce during the industrial development.

Featuring 30-square-meter apartments, with communal kitchens and bathrooms, the homes were much sought-after and offered only to the very best workers.

However, the more than 60-year-old homes have become derelict with narrow and dark stairways, moldy walls, cobwebbed wires and bad smells.

Due to decades of ground subsidence, the ground level is five centimeters lower than outside the building, causing flooding during the typhoon season.

“I’ve been looking forward for decades to having the house renovated,” said Zhou Huangqiu, 84, who has been living in a crammed ground-floor apartment for 60 years. Her husband, once a model worker at a local mechanical factory, died several years ago, leaving Zhou in the room alone.

“I prefer the renovation scheme comparing with relocation, because I'm accustomed to living in the community,” Zhou said.

In most other old residential buildings, local governments normally compensate residents and relocate them. The old buildings are replaced with new urban development projects. Many residents have to move to the city's outskirts due to  soaring housing prices. 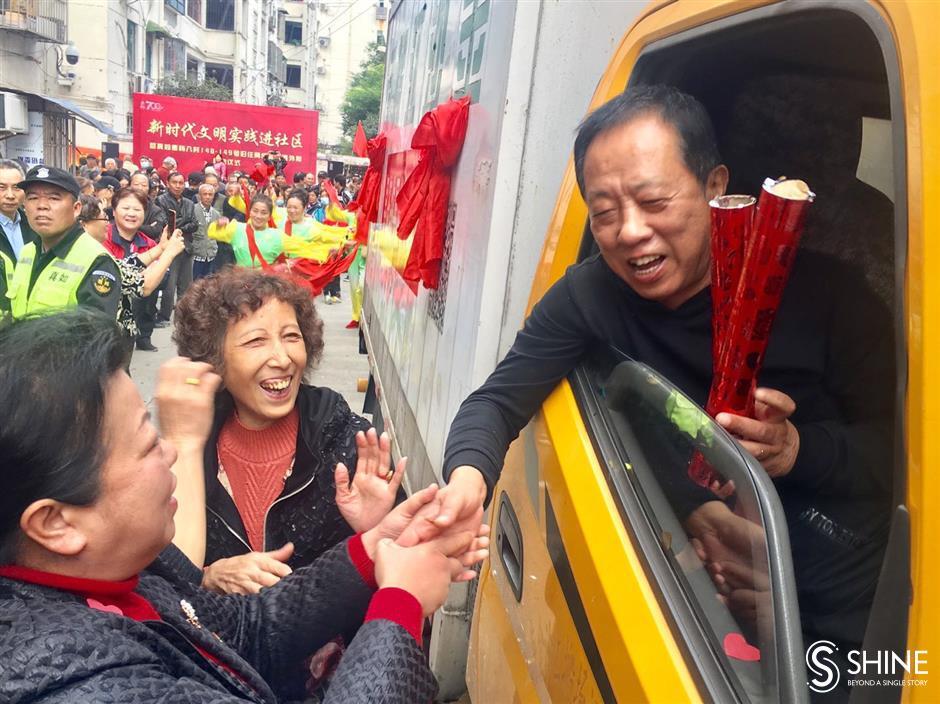 A resident shakes hands with his neighbors before moving out temporarily for the renovation. 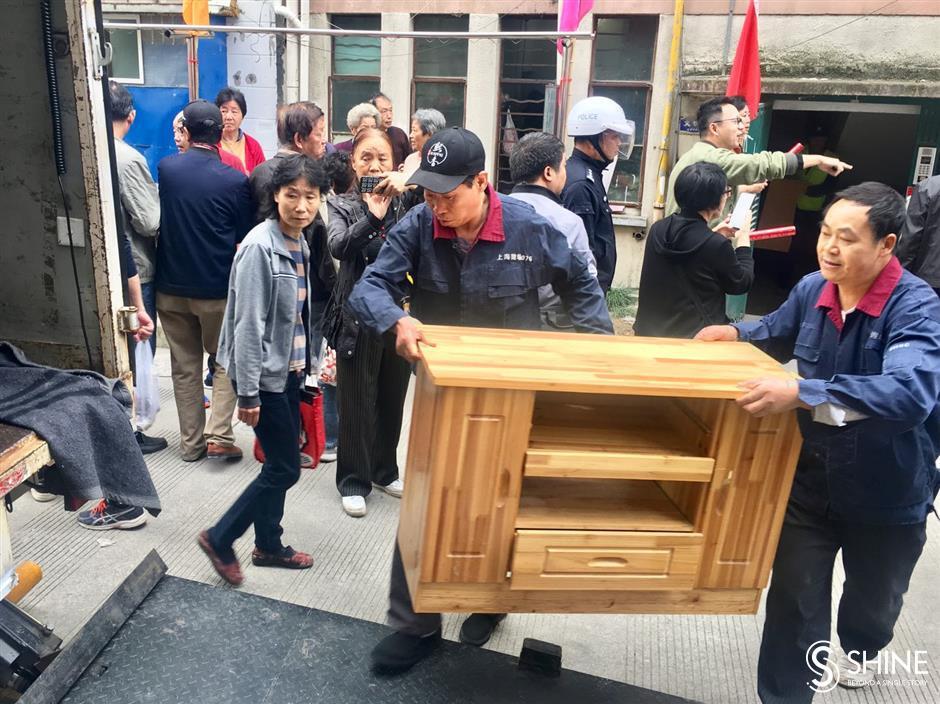 In the case of the No. 8 Caoyang Community, the government will pay for the renovation.

Jiang Fei, Zhou’s neighbor, a 30-year-old salesman, said the renovation will give him better privacy. He lives alone in a 20-square-meter apartment, and built a shower in the corner.

All eight buildings in the communities will undergo thorough renovations. A total of 656 households are in the neighborhood.

“The biggest concerns of the residents are housing issues,” said Zhang Shaochun, Party secretary of the Zhenru Town Subdistrict.

Community staff have been working till late night every day to coordinate the renovation plans and persuade residents to sign agreements.

Through most put their names on the dotted lines right after hearing the renovation plan, some refused to take the offer due to various concerns or family disputes.

A 91-year-old senior surnamed Chen, who also lived alone in the community, refused to move to her son or daughter’s home to avoid disturbing their life. The neighborhood committee found a nearby apartment and invited Chen to live there temporarily. She signed the agreement immediately.

In another case, four brothers could not reach an agreement on the division of property left by their parents. The committee officials invited a lawyer to coordinate and get them to agree to the renovation plan.

The subdistrict plans to renovate or repair a total of 1.49 million square meters of old residential houses in 24 neighborhoods this year. Among them, a dozen buildings will have a complete overhaul with the inner structures  rebuilt, according to the subdistrict. 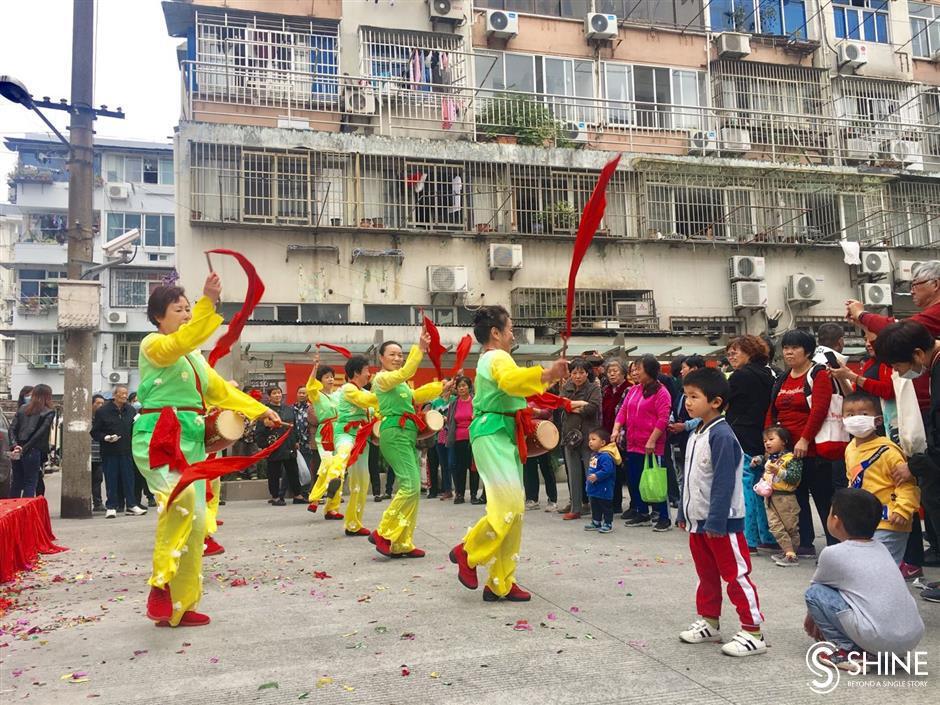 Residents celebrate the renovation with a traditional performance. 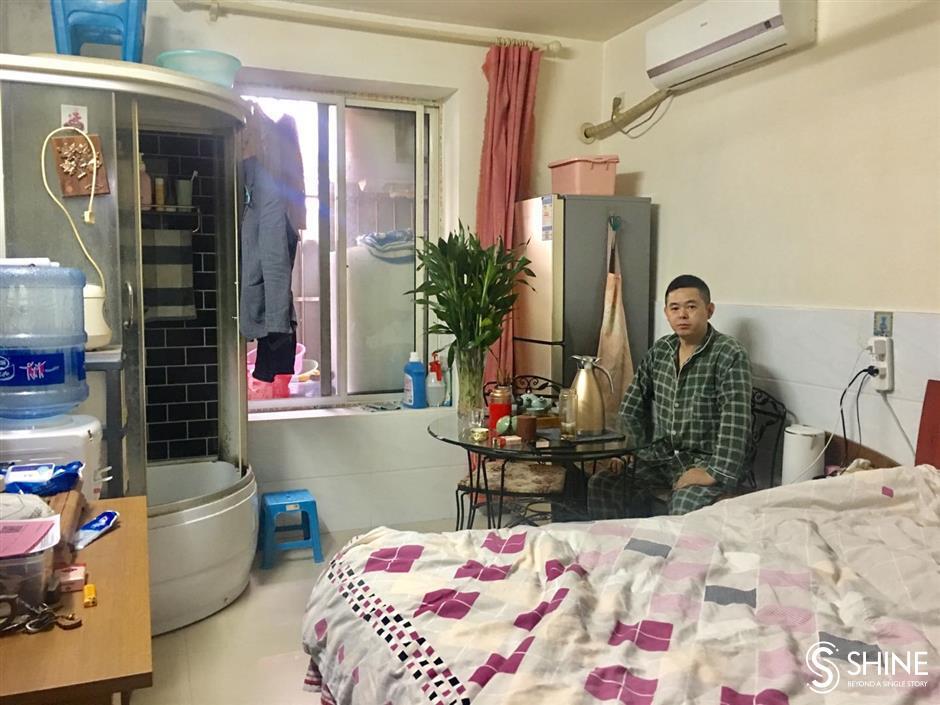 Jiang Fei, a 30-year-old salesman,  in his single-room apartment with a shower  in the corner. 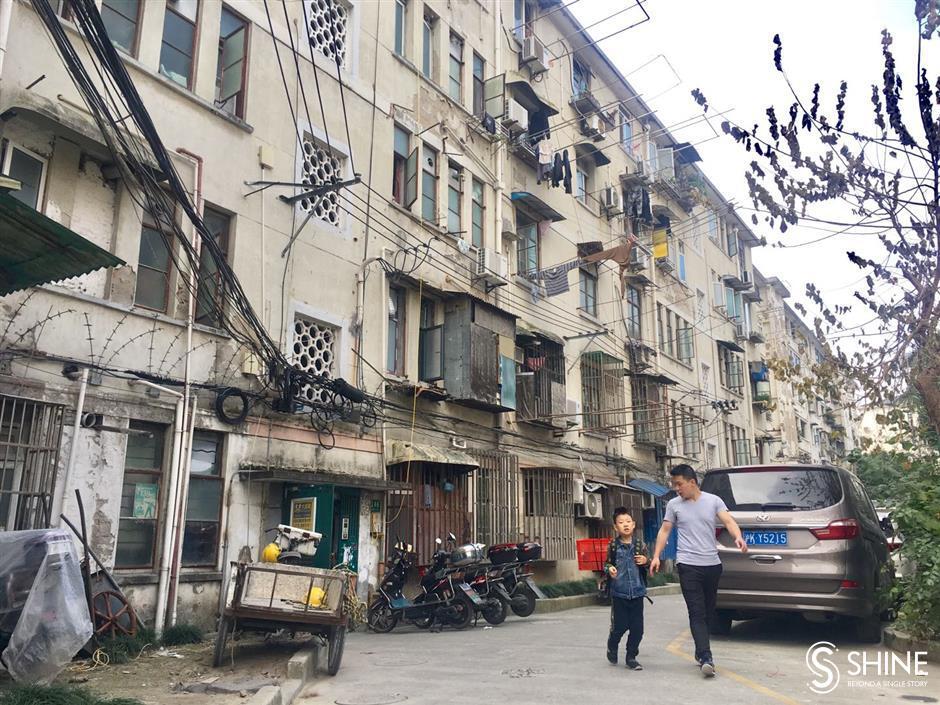 Residents walk by an old residential building in the neighborhood.