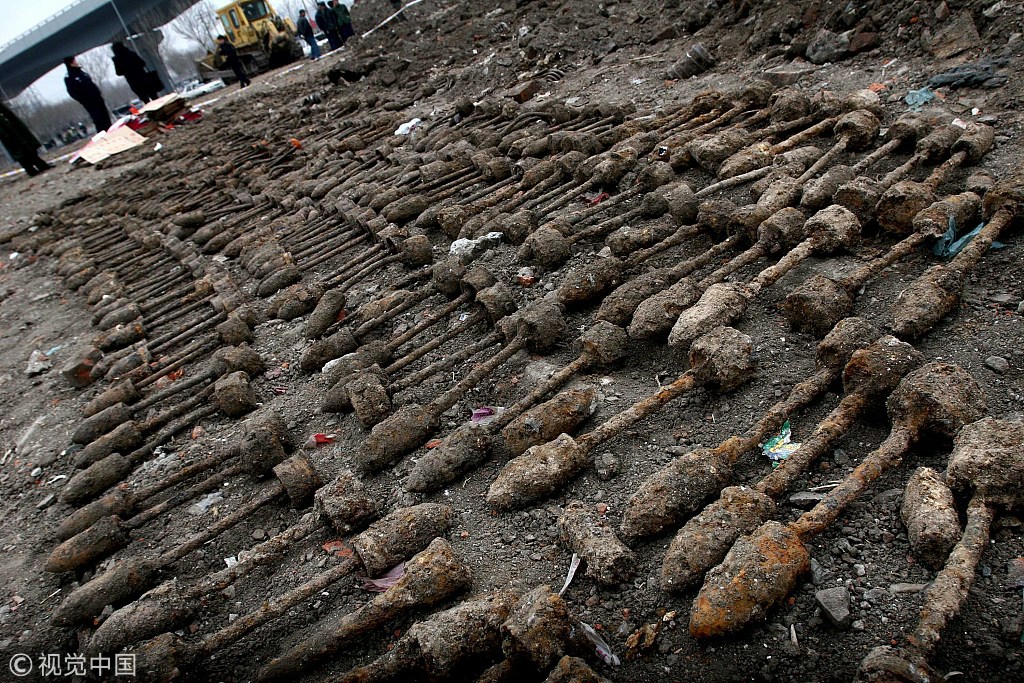 HARBIN, Oct. 15 (Xinhua) -- A shell left by the Japanese invading army during World War II has been unearthed in Qiqihar, a city in northeast China's Heilongjiang Province, local police said.

Workers found the rusty shell at a construction site last week and reported it to the police, who then moved the shell to a safe place for investigation and confirmed later that the shell had been left by invading Japanese troops during WWII.

Luckily, it was not a biochemical shell and caused no harm to humans and the surrounding environment.

During WWII, the Japanese Kwantung Army's No. 516 and No. 526 troops occupied Qiqihar and turned it into their military headquarters and an arsenal for their conventional and chemical weapons.