CHINA Workers try to guide elephant herd away from city

Workers try to guide elephant herd away from city 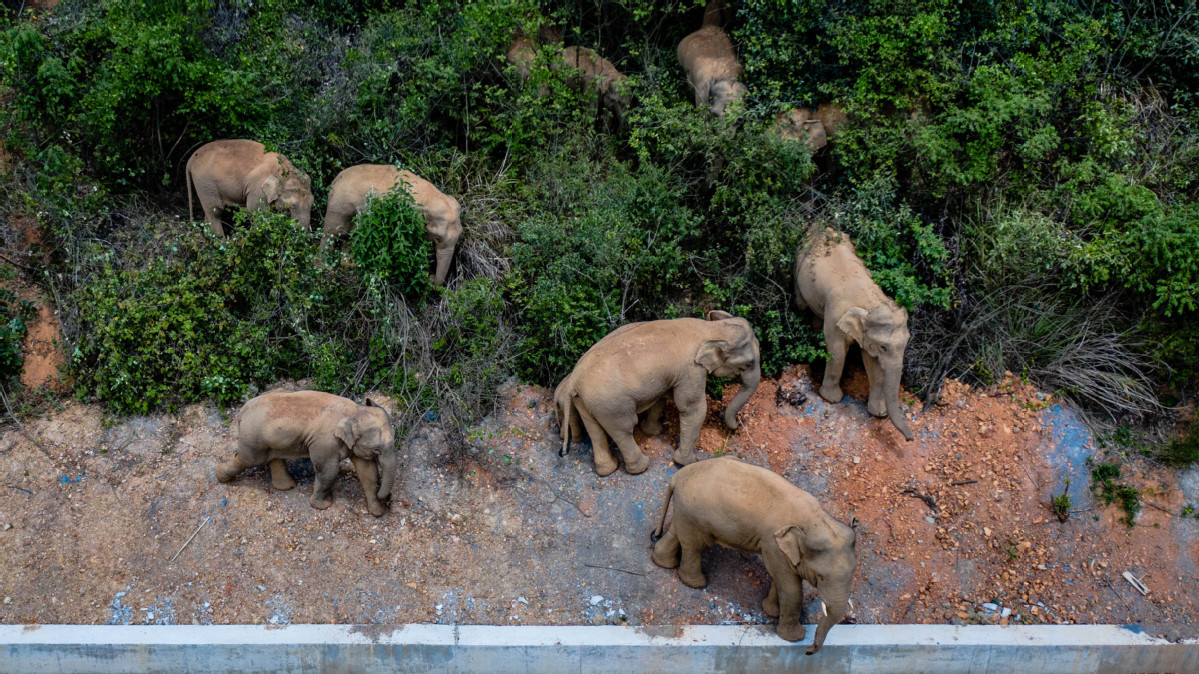 Fifteen wild Asian elephants that headed north from their habitat in Xishuangbanna National Nature Reserve in Yunnan province last March have been lingering in the provincial capital Kunming for about two days, the province's publicity department said.

The herd, which had largely been moving north, headed southwest 6.6 kilometers by 5 pm on Friday, it said in a statement.

Animal workers have been trying to guide the herd moving southwest by putting about 2 metric tons of elephant food in that direction. Some 630 personnel and 103 large vehicles were deployed to prevent the elephants from coming into contact with residents. Nearly 500 residents were evacuated.

On Thursday, Cheng Lianyuan, Party chief of Kunming, urged authorities to ensure the safety of people, the elephants and property, local media said.

The herd had moved to Shuanghe village, Jinning district in Kunming's outskirts, on Wednesday night, according to Yunnan's publicity department.

By May 27, the herd hadn't hurt anyone but had damaged crops and houses, the department said.

"We need to be fully prepared for the elephant herd entering downtown Kunming. Be sure to minimize the damage caused by the herd and reduce the risk of conflicts between crowds and the herd," Cheng said.

He added that authorities should put sufficient personnel and materials into the case, and draw on experiences of other cities that have dealt with such emergencies.

Experts from both the national and provincial forestry departments are advising how to control the elephants.

According to Xie Yi, a professor with Beijing Forestry University, the number of Asian elephants in China rose from 180 in 1985 to about 300 now.

"It proves China's protection efforts. However, their migration showed that food and living space cannot satisfy the elephants," he was quoted by China Central Television as saying.

Zhang Jinshuo, a PhD from the Institute of Zoology, Chinese Academy of Sciences, told China National Radio that the habitats of Asian elephants have been shrinking so they are migrating long distances.

"The lead elephant of the 15 may be inexperienced and did not find a suitable habitat in the beginning. As a result, the farther they go, the more nervous they are because they can't find a good habitat," he said.

Elsewhere, another herd of 17 wild Asian elephants that recently broke into the Xishuangbanna Tropical Botanical Garden, a research institution under the Chinese Academy of Sciences in Yunnan, is posing threats to endangered plant species.

The herd tried to cross the river surrounding the garden, but failed due to quickly rising water levels caused by heavy rain.