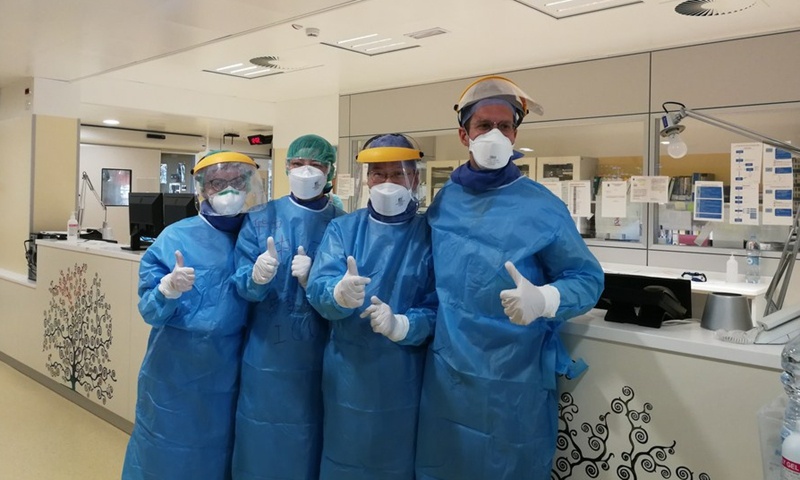 Chinese medical team experts and Italian doctors pose for a photo during the COVID-19 pandemic in Padua, Italy, March 18, 2020. (Xinhua)

Experts worldwide on Tuesday spoke highly of the proposals put forward by Chinese President Xi Jinping at the general debate of the 75th session of the UN General Assembly via video, on global anti-pandemic cooperation and the role of the United Nations in the international system.

Donald Rushambwa, a researcher at the China-Africa Economic and Culture Exchange Research Center, said he fully agrees with the notion of a community with a shared future for mankind.

He said that only when countries around the world stand together as one, help each other, and jointly battle the pandemic, can the human race achieve the final victory in the fight against the virus, adding that China has played an exemplary role in this regard. 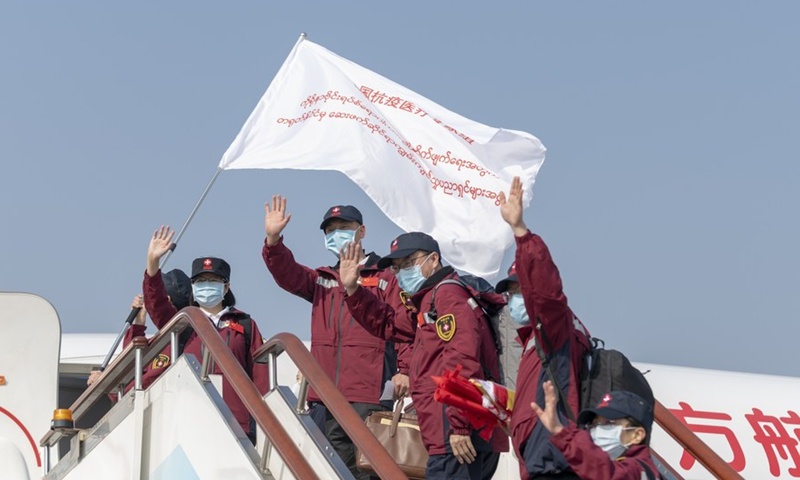 Members of a medical team assisting the Myanmar government's efforts in fight against COVID-19 board the plane before departure at the Kunming Changshui International Airport in Kunming, southwest China's Yunnan Province, April 8, 2020. (Photo: Xinhua)

Rushambwa also noted that China has actively extended a helping hand to the international community, donated medical supplies to many developing countries, shared anti-epidemic experience, and made indelible contributions to the global anti-pandemic fight.

Mohammad Aqil Nadeem, a Pakistani political analyst, said that China, in the face of the COVID-19 pandemic, has shouldered the responsibility as a responsible major country, provided assistance to many countries and international organizations, and played a vital role in the global pandemic fight, which is a vivid demonstration of China's vision of a community with a shared future for mankind.

Saeb Rawashdeh, a political and world news editor at the Jordan Press Foundation, said that President Xi's call for pursuing an innovative, coordinated, green, open, and shared development for all will help provide solutions to global challenges such as the pandemic and climate change, and promote a green recovery of the world economy in the post-COVID-19 era. 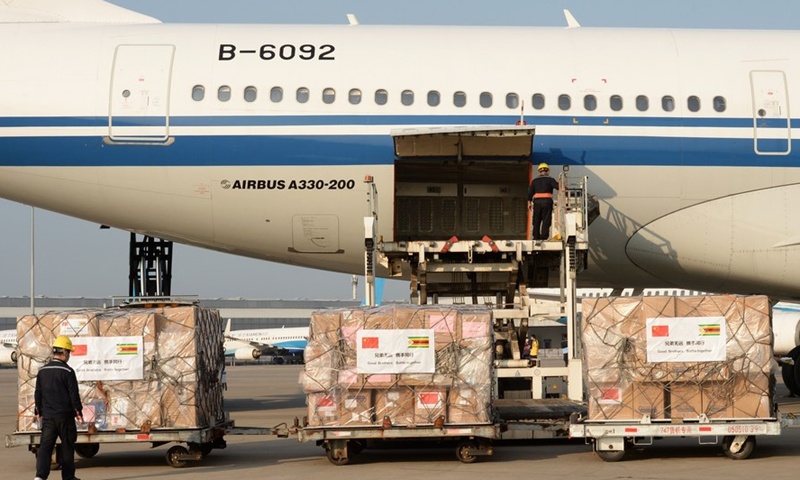 Medical supplies are loaded onto a plane heading for Zimbabwe at Huanghua International Airport in Changsha, central China's Hunan Province, May 11, 2020.(Photo: Xinhua)

He added that as the world's largest developing country and a permanent member of the UN Security Council, China is a staunch supporter of the cause of the UN and has always been committed to maintaining the international system with the UN at its core.

The China-proposed new mechanisms and initiatives, with an eye on the common interests of humanity, serve as a supplement and improvement to the current international system, and are aimed at achieving win-win cooperation and common development, said the Palestinian official.