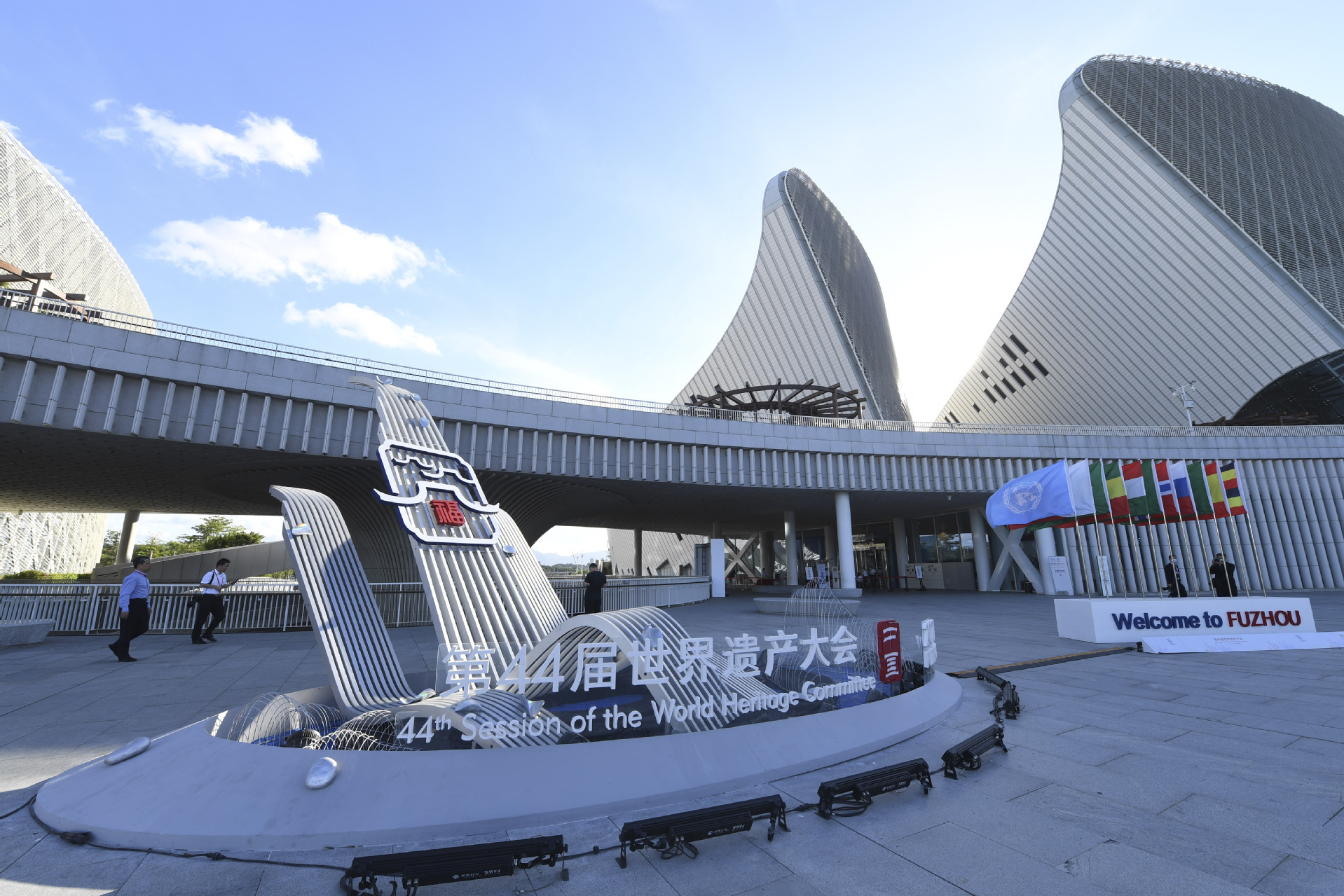 The venue of the 44th session of the World Heritage Committee of UNESCO in Fuzhou, capital city of East China's Fujian province, is seen on this photo taken on July 16, 2021. (Photo: Xinhua)

FUZHOU - The 44th session of the World Heritage Committee of UNESCO has adopted the Fuzhou Declaration, calling for closer international cooperation within the framework of multilateralism.

UNESCO made the announcement via a video press conference on Sunday.

The Fuzhou Declaration reiterates the significance of world heritage protection and international cooperation, as well as the need to work and act together to address climate change, said Tian Xuejun, chairperson of the World Heritage Committee's 44th session.

The declaration calls for closer international cooperation within the framework of multilateralism and increasing support for developing countries, especially those in Africa and also small island developing countries, said Tian, who is also China's vice education minister and director of the Chinese National Commission for UNESCO.

The declaration states that global heritage has made a positive contribution to the promotion of exchanges and mutual learning among civilizations, as well as to world peace and sustainable development, Tian said.

The 44th session of the World Heritage Committee kicked off Friday in Fuzhou, capital of east China's Fujian Province, to review world heritage items online for the first time.

The session, originally scheduled for 2020 but postponed due to COVID-19, is an extended one that will last until July 31 to go over the agendas of both 2020 and 2021.

The session will review candidates for entry to the UNESCO World Heritage list, including Quanzhou, a coastal city in Fujian Province and a global maritime trade center in ancient China.

The committee will also examine the state of conservation of sites already inscribed on the list.