BEIJING, Jan. 9 (Xinhua) -- From world-leading basic research to award-winning innovations and ideas, from the successful landing of the Chang'e-4 lunar probe on the dark side of the moon, to the launching of the BeiDou Navigation Satellite System's global service ... The world is now looking to China when it comes to science and technology development. 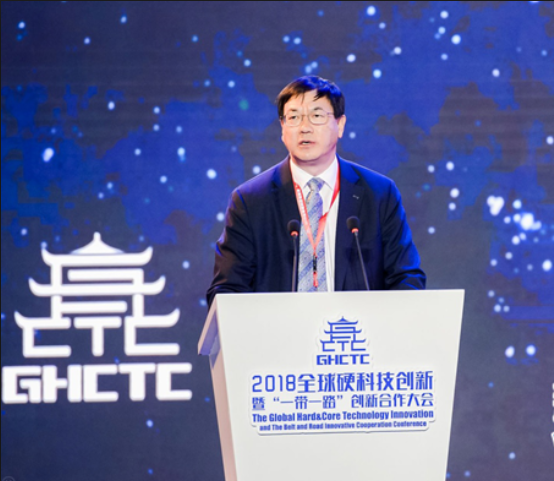 China is receiving more attention and applause, as it not only follows, but also keeps pace with, and sometimes even leads the world's elite in scientific and technological innovation.

In the field of basic research, the quantum anomalous Hall effect was highlighted as a new way to help accelerate the development of low-power consumption electronics.

The discovery is an important boost to human scientific knowledge by Chinese physicists, said Xue Qikun, a professor at Tsinghua University and a Chinese Academy of Sciences academician, after the project he led won the State Natural Science Award.

Moreover, China's research in high-temperature superconductivity in iron-based materials, photon entanglement and interferometry are at the world's top level, and major facilities like the five-hundred-meter Aperture Spherical Radio Telescope nicknamed "Tianyan," and the neutrino facility of Dayawan Nuclear Power Plant are also renowned.

In the field of applied technology, many eye-catching super projects keep advancing, including manned space programs and supercomputing research.

The TMT is a cooperative project among the United States, Canada, China, India and Japan. In the past 10 years, the Chinese technical team has signed 24 agreements for technology and research work packages, and provided funds and materials worth over $20 million for the project.

Jean-Eric Paquet, director-general of the European Commission Directorate-General for Research and Innovation, praised some "high quality" cooperation with the Chinese side, saying things are different from the past, when Chinese researchers joined their projects only to gain experience.

China and other international partners are welcome to cooperate in Horizon Europe, the European Union's planned 100-billion-euro ($114 billion) scientific research initiative, said Paquet, expressing the hope that the initiative would bring Sino-Europe science and technology cooperation to a new level.

Last year, China officially issued an invitation to the international community, seeking partners, especially developing countries, to participate in its space station project. This is the first open project of its kind in the history of space exploration, showing China's willingness to make the space station home for all mankind in outer space.

Matthias Maurer, a European Space Agency (ESA) astronaut of German nationality, told Xinhua that he had learnt Chinese for over six years, and said that he hoped to work with astronauts from China and other countries in the Chinese-manned space station.

Jan Woerner, director general of the ESA, praised the fruitful Sino-European cooperation in the field of space activities, saying that he hopes European astronauts would one day work in China's Shenzhou spacecraft.

With over 20 years of experience in cooperating with Chinese scientists and researchers, Professor Robert Wimmer-Schweingruber of the Institute of Experimental and Applied Physics of Kiel University in Germany believes that technology benefits from cooperation.

"I don't think it is wise to refuse cooperation for fear of technology outflow," he said. China is indeed going global where science and technology are concerned, and the world is eager to cooperate with it in pursuing scientific and technological innovation.