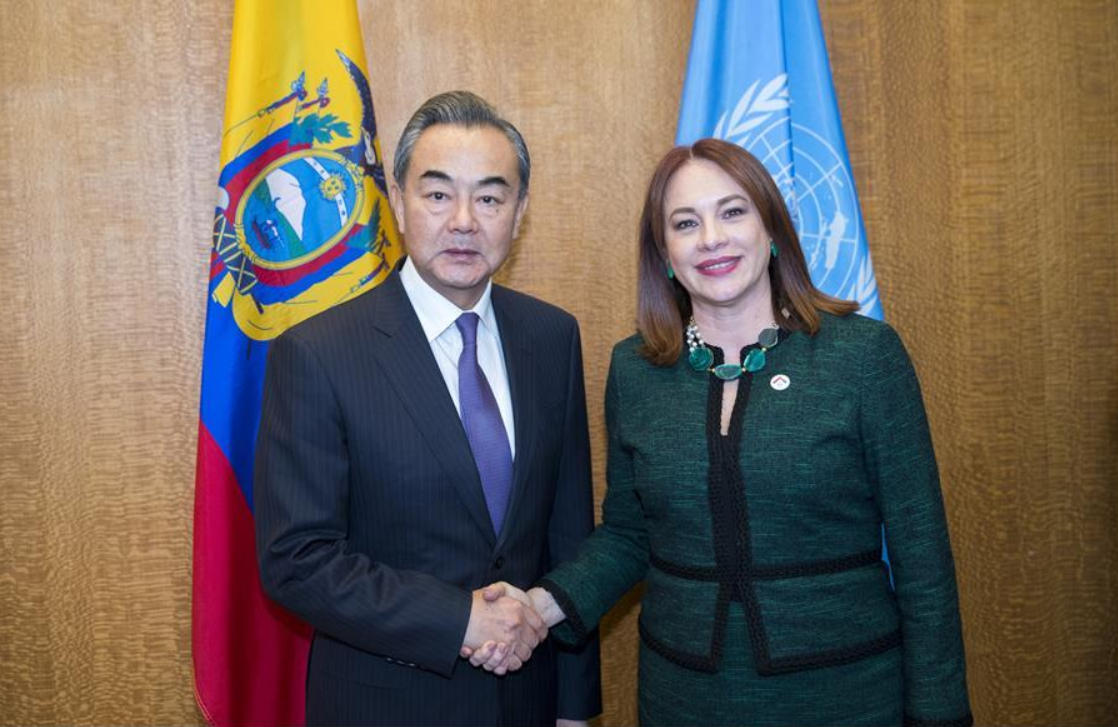 Meeting with the fourth woman in history to chair the assembly on the margins of its high-level week, Wang said the world "hopes the current session of the General Assembly will send a powerful voice to uphold multilateralism, safeguard the Charter of the UN, and uphold the norms governing international relations."

The top Chinese diplomat expressed his belief that under Espinosa's leadership, the 73rd session will promote the UN's role in addressing global challenges and maintaining the multilateralism process, as desired by UN member states.

Also, Wang hailed the theme of this year's General Debate -- Making the United Nations Relevant to All People -- as in accordance with the current circumstances.

He noted that China, the largest developing country, is making efforts in implementing the 2030 Agenda for Sustainable Development, and reiterated support and understanding to Espinosa, a representative from a developing country -- Ecuador, who puts emphasis on promoting developing countries' benefits and South-South cooperation.

Espinosa, for her part, recalled her visit to China last month, saying the trip is conducive to exercising her responsibilities as the president of the General Assembly.

She agreed that given the current circumstances, the UN more than ever needs to promote multilateralism and maintain a rules-based international system, pledging to keep close communication with the Chinese side during her term.

Congratulating China on its accomplishment in advancing the 2030 Agenda, especially poverty reduction, she expressed hope that China will continue to play an important role in promoting sustainable development.