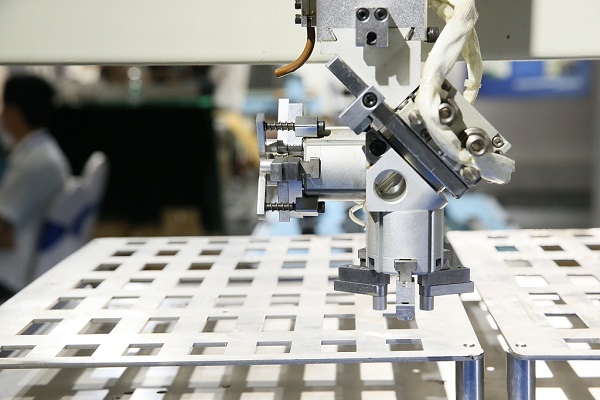 The four-day event, under the theme of "Innovation, Entrepreneurship and Creativity: Embracing the New Era of Manufacturing," brings together more than 4,000 representatives from over 60 countries and regions, including senior managers from Global Fortune 500 companies, said the organizing committee.

As the event's guest of honor, Britain has set up a national pavilion at this year's convention and is scheduled to organize a number of cooperation and exchange activities.

"There are big changes happening in the world," and the best response is to be open, forward-looking and globally engaged, said Nadhim Zahawi, the UK's parliamentary under secretary of state at the Department for Business, Energy and Industrial Strategy, in his speech at the opening ceremony.

Britain is "a world leader in advanced manufacturing, so too is China," which is "a long-time key partner" of Britain, Zahawi said. "We can learn from each other, work with each other and help the world to prosper."

British enterprises are keen to design new works, take on new opportunities and enter new markets, according to Zahawi.

Not only British companies, but international participants widely expect to connect with others at the convention to expand their businesses in China, one of the world's most populous consumer markets.

According to Iraqi Prime Minister Adel Abdul Mahdi, friendly China boasts strength in the economy, industry and other major areas, and Iraq, deeply troubled by damaged infrastructure and backward development, should learn from all its friends including China.

A total of 436 projects with investments of 447.1 billion yuan (63 billion U.S. dollars) were signed at the first convention last year. More than 92 percent of them had finished business registration by the end of July, which is a good sign of contract implementation, said Zhang Jian, head of the provincial bureau of commerce.