Yuzhen Palace, a group of Taoist palaces in Central China's Hubei province, has had all its foundations raised a record 15 meters and its buildings restored. The central government started the work in 2011 to prevent the World Cultural Heritage site from being submerged by a nearby reservoir for the South-to-North Water Diversion Project.

The palace complex on Wudang Mountain in Shiyan, Hubei province, was built in 1412 by an emperor of Ming Dynasty (1368-1644) for Zhang Sanfeng, a legendary Taoist who created tai chi. Its name Yuzhen means "encounter with the immortal".

To raise the foundation, workers used jacks to lift three stone gates weighing about 7,000 metric tons and build up the foundation beneath them, according to the publicity department of the Wudang economic zone.

The department said that it was the first time a building had ever been raised 15 meters for a restoration.

At its peak, Yuzhen Palace had 400 halls and pavilions covering 5,600 square meters. Now, however, just a few of the main halls remain, showcasing the well-preserved style of the early Ming Dynasty.

Workers had to dismantle the buildings and then restore them as close to their original state as possible on top of the new foundation. The total cost of the effort was about 200 million yuan ($28 million). 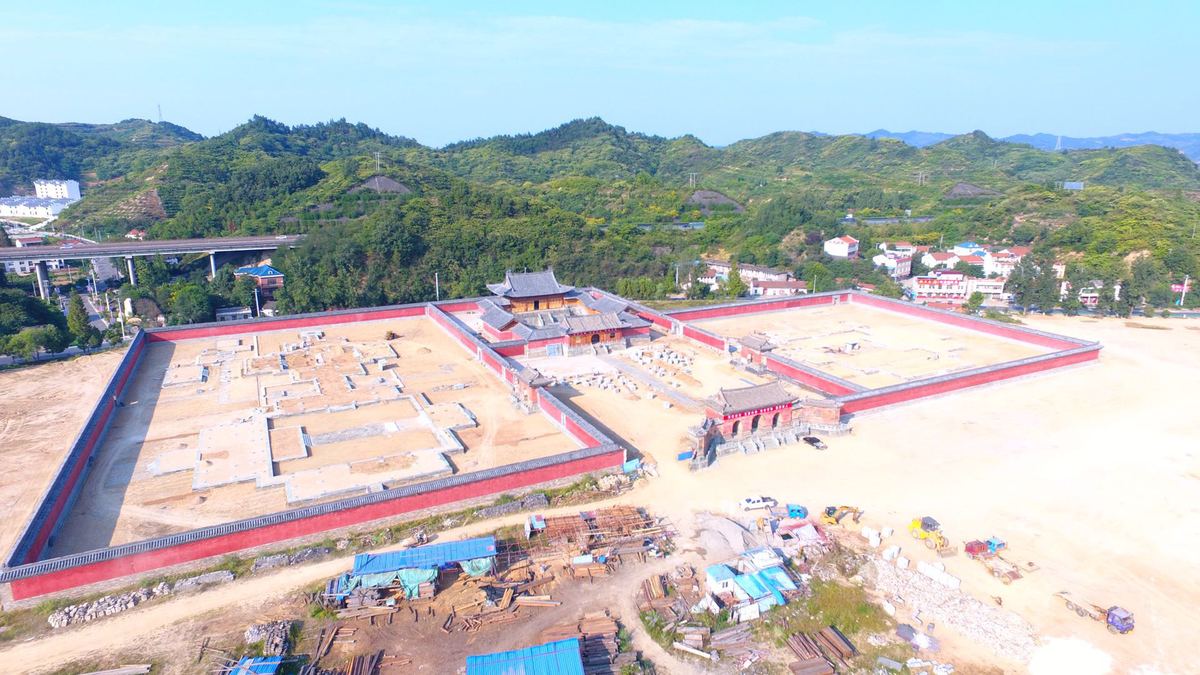 The work was designed by the country's South-to-North Water Transfer Project Office and National Cultural Heritage Administration for this diversion project's expansion.

In 2005, the central government planned to enlarge water storage capacity of the Danjiangkou Reservoir, the water source of the middle route of the diversion project. By 2013, its dam's top was raised from 162 to 176.6 meters, leading to a 66 percent increase in its water storage, according to local authorities.

The reservoir is one of the largest artificial freshwater lakes in Asia and provides water to areas of Henan and Hebei provinces as well as Beijing and Tianjin.

However, the expansion posed a submergence risk to surrounding areas within 300 square kilometers. So Yuzhen Palace, located about 1 kilometer from the water, needed to be saved from ruin.

By 2013, the dam and foundation raising projects were completed. In July this year, all the other buildings were restored, concluding the foundation project.

Cai Jianping, deputy head of the department of South-to-North Water Diversion Project Management with the Ministry of Water Resources, said that it should be celebrated that the work of Yuzhen Palace has passed technical checks, and it should be recognized as a historic moment for the palace that will help ensure its future.