At the manufacturing base of CRRC Qingdao Sifang Co. Ltd, a major designer of high-speed trains, Zhang Fangtao is busy giving interviews from both domestic and international media, as the 2018 Shanghai Cooperation Organization Summit in Qingdao has attracted thousands of journalists worldwide. In the driver’s cabin of a bullet train, Zhang Fangtao said that the train could run at a speed of up to 350 km/hr, which is fastest in the world for commercial operations. “Now passengers traveling on the routes between Beijing and Shanghai, and between Beijing and Guangzhou can sit in the high-speed trains like this one, the Fuxing CR400AF. Some of them would put a coin on the windowsill to see whether the train can move steadily at such a high speed,” said Zhang.

Located in the Jihongtan Town of Cheng Yang District of Qingdao, the manufacturing plant of the high-speed trains covers an area the size of 248 football fields. Besides the plant, the town is seeing multiple research institutions and a series of industrial chain companies related to high-speed trains under construction. In China, Jihongtan has a nickname “The Bullet Train Town.” 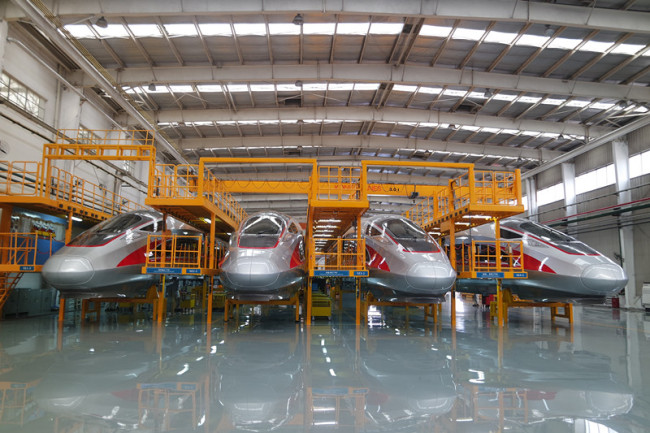 CRRC Qingdao Sifang Co. Ltd started to carry out scientific research and develop the Fuxing EMU trains as early as 2012. Designing and manufacturing the high-speed train is an extremely complicated project, which involves countless top-level technologies.

The train contains more than 500,000 different machine components, and it took thousands of designs on different parts of the train. To design the head of the train, the research team at first came up with 46 different head models, 23 of which were selected. Then seven of them went through tests. The final winner looked like the front face of a dragon and was given the nickname “Flying Dragon.” Such a design successfully reduced wind resistance by 12 percent. According to the company, the paper used to print all the designs can pile up as high as one meter. 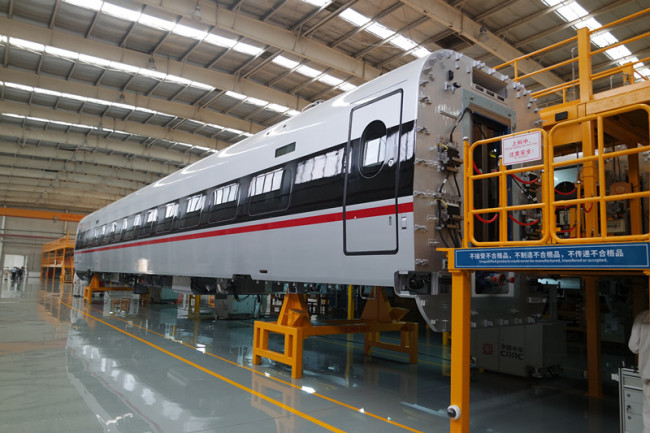 So far, high-speed trains in China have received more than 1,000 patents. Before being put into operation, the trains have to go through stringent tests at a speed between 200 km/hr and 400km/hr and also experience extreme weather conditions at 40 degrees Celsius and minus 40 degrees Celsius. In 2015, the Fuxing EMU models took an accumulative trail test of more than 610,000 kilometers, a distance of 15 trips around the Equator.

Tan Zheng, Vice General Manager of the Overseas Marketing Department of the CRRC Qingdao Sifang Co. Ltd, says that the CR400AF model has received its first overseas orders from Indonesia this year. Besides high-speed trains, the company also designs and manufactures diesel multiple-unit trains, metro trains, intercity EMUs and metro vehicles based on special tailored orders from other countries. 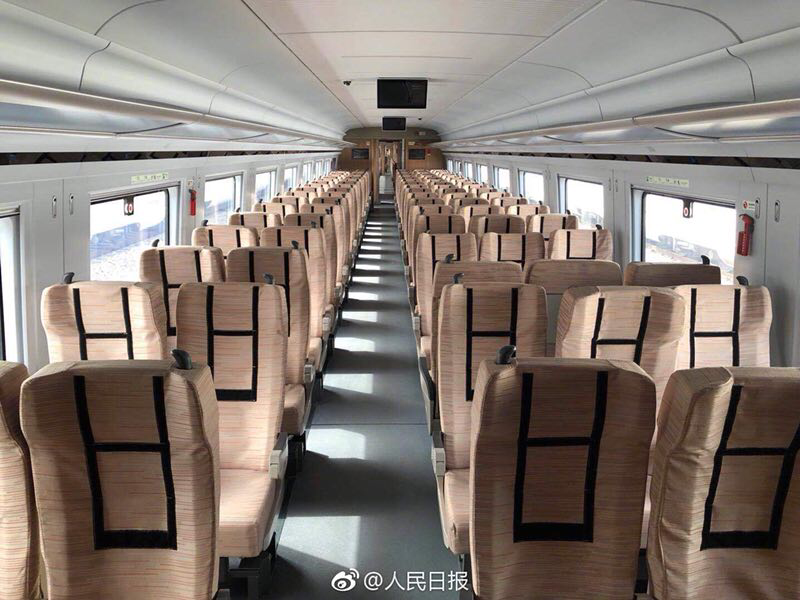 So far, 43 percent of the high-speed trains in the world are assembled in the coastal city of Qingdao. As of 2017, CRRC Sifang Co., Ltd. had signed export orders to send about 5,000 trains to 20 countries and regions.